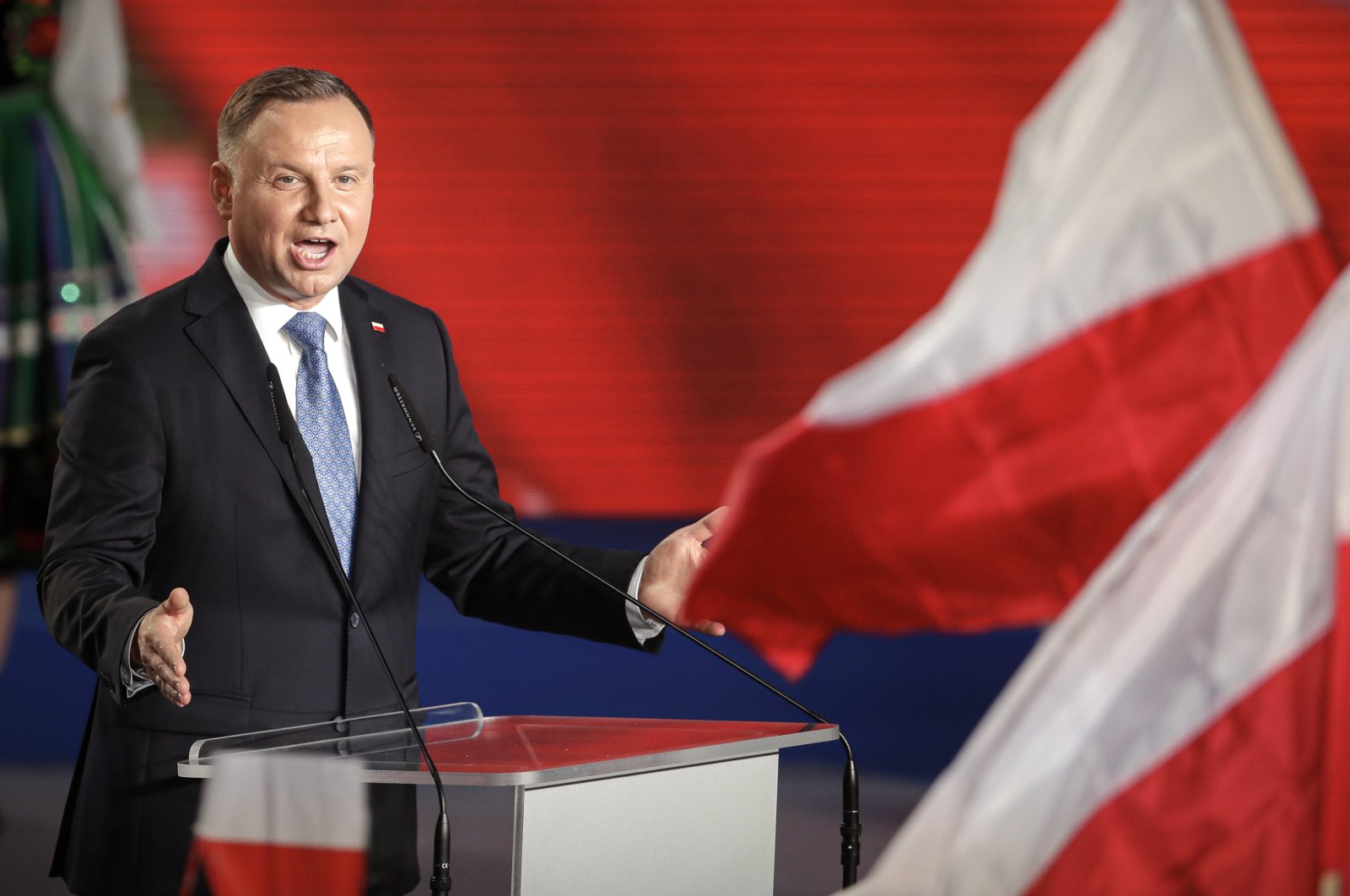 Poland's President Andrzej Duda came top in the first round of the country's presidential election, the majority of results showed on Monday, but fell short of the overall majority needed to avoid what looks set to be a tight runoff vote on July 12.

Duda, an ally of the ruling nationalist Law and Justice (PiS) party, got 43.67% of the vote, according to results based on 99.78% of the total number of polling districts. Liberal Warsaw Mayor Rafal Trzaskowski, who is standing for the largest opposition party, the centrist Civic Platform (PO), came second with 30.34% and Independent candidate Rafal Holownia came in third with 13.9%. None of the other eight candidates topped 10%. Turnout was 64.4%.

The electoral campaign was dominated by concerns over an erosion of democratic rights and bread and butter economic issues. The reelection of government ally Duda is crucial if the ruling PiS party is to further implement its socially conservative agenda, including vowing to protect the traditional family and ward off "LGBT ideology," referring to lesbian, gay, bisexual and transsexual.

The morning after the election, Duda said he will be a guardian of conservative social values, including ensuring gay couples can't adopt children, in an effort to convince the almost 7% of voters who voted for far-right Confederation candidate Krzysztof Bosak.

Poland faces its first recession since the end of communism because of the coronavirus pandemic fallout. The election was scheduled to be held in May but had to be postponed because of the virus outbreak.