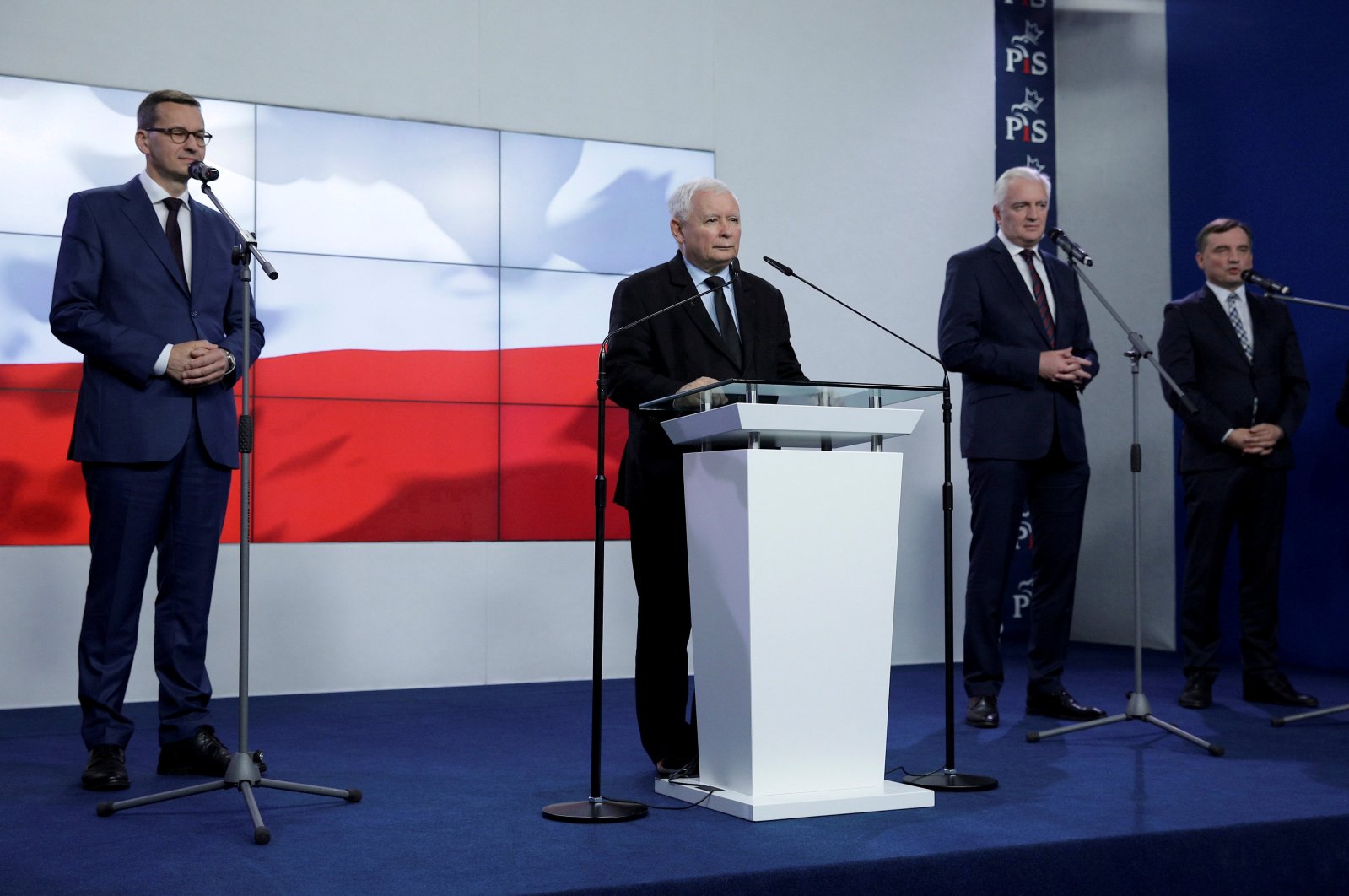 "My dismissal is de facto a rupture of the governing coalition," said Deputy Prime Minister Jaroslaw Gowin, head of the Agreement party.

Gowin and his Agreement party have been increasingly at odds with the main partner in the United Right coalition, the populist Law and Justice (PiS) party.

But his departure does not mean that the government collapses automatically as there would need to be a formal vote of no confidence by parliament.

Gowin's party holds 10 seats in the 460-seat lower house of parliament and their departure would deprive the government of its majority and could force it to seek the support of the far-right.

If all his lawmakers follow Gowin, the United Right coalition, which includes other junior partners, would control just 222 seats.

But government spokesperson Piotr Muller said: "I am not convinced that we will lose our majority.

"I am sure that there are people in the United Right and the rest of the Polish parliament who will support the beneficial reforms that we are proposing," he said.

'Who will get scared?'

Jacek Nizinkiewicz, a commentator for the Rzeczpospolita daily, said Gowin's dismissal was "a political earthquake" but "not surprising."

He said the PiS would try to persuade parliamentarians from Gowin's party to continue supporting the government.

"Who will get scared and give in to pressure from PiS?" he asked.

Muller said that Morawiecki had formally asked President Andrzej Duda to dismiss Gowin from his posts of deputy prime minister and minister for development, labor and technology.

Gowin, who complained he found out about his dismissal from the media, said his party was leaving the government "with our heads held high."

"We said that the United Right would not raise taxes. But the proposed budget law recently presented by Prime Minister Mateusz Morawiecki means a drastic increase in taxes," he said.

Gowin explained the break saying he also disagreed with the government on a proposed law that could force the U.S. group Discovery to sell off most of its stake in Poland's main private TV network TVN.

The law on TVN has raised fears about media pluralism in Poland, particularly after the takeover of regional media group Polska Press by the state-owned energy major PKN Orlen.

Thousands took to the streets in several demonstrations across Poland earlier on Tuesday to protest against the proposed law, which is due to be voted on by parliament on Wednesday.