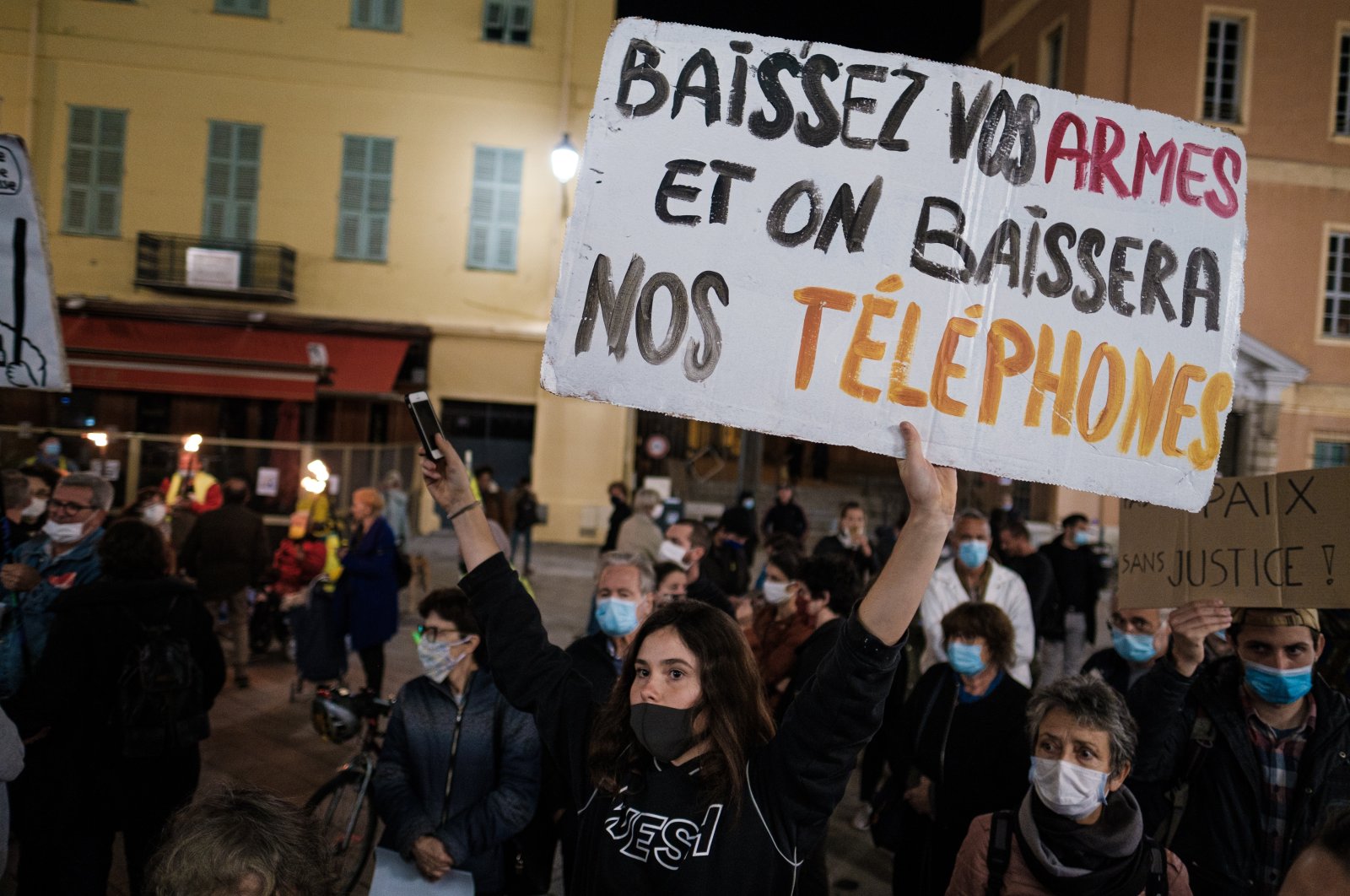 Demonstrations protesting the global security law in front of the courthouse in Nice, Nov. 17, 2020. The sign says "Lower your weapons and we will lower our phones."  (Jean Baptiste Premat / Hans Lucas via Reuters)
by DAILY SABAH
Nov 18, 2020 12:49 am

Protests erupted in France over a proposed "global security law" that criminalizes taking photographs of the police, according to footage and witnesses on social media late Tuesday.

In videos taken by Twitter users, journalists are seen being beaten and detained by security forces.

The proposed legislation is backed by the ruling La République En Marche party of President Emmanuel Macron and the party’s ally Agir.

VIDEO — French police use water cannon against protesters amid clashes over #LoiSecuriteGlobale pic.twitter.com/rNTrxbk46h

Interior Minister Gerald Darmanin previously claimed that police forces are being targeted, and the bill is necessary to “protect those who protect us.”

The proposed law would make it illegal to “disseminate, by whatever means and on whatever medium, with the aim of damaging physical or psychological integrity, the image of the face or any other element of identification of an official of the national police or a member of the national gendarmerie when they are acting in the context of a police operation.”

Reporters Without Borders (RSF), a press freedom watchdog, said in a statement that the article was based on a “slippery concept” due to the fact that intent is “open to interpretation and hard to determine,” Euronews reported in a piece.

”Any photos or video showing identifiable police officers that are published or broadcast by critical media outlets or are accompanied by critical comments could find themselves being accused of seeking to harm these police officers," the website quoted RSF as saying in the statement.