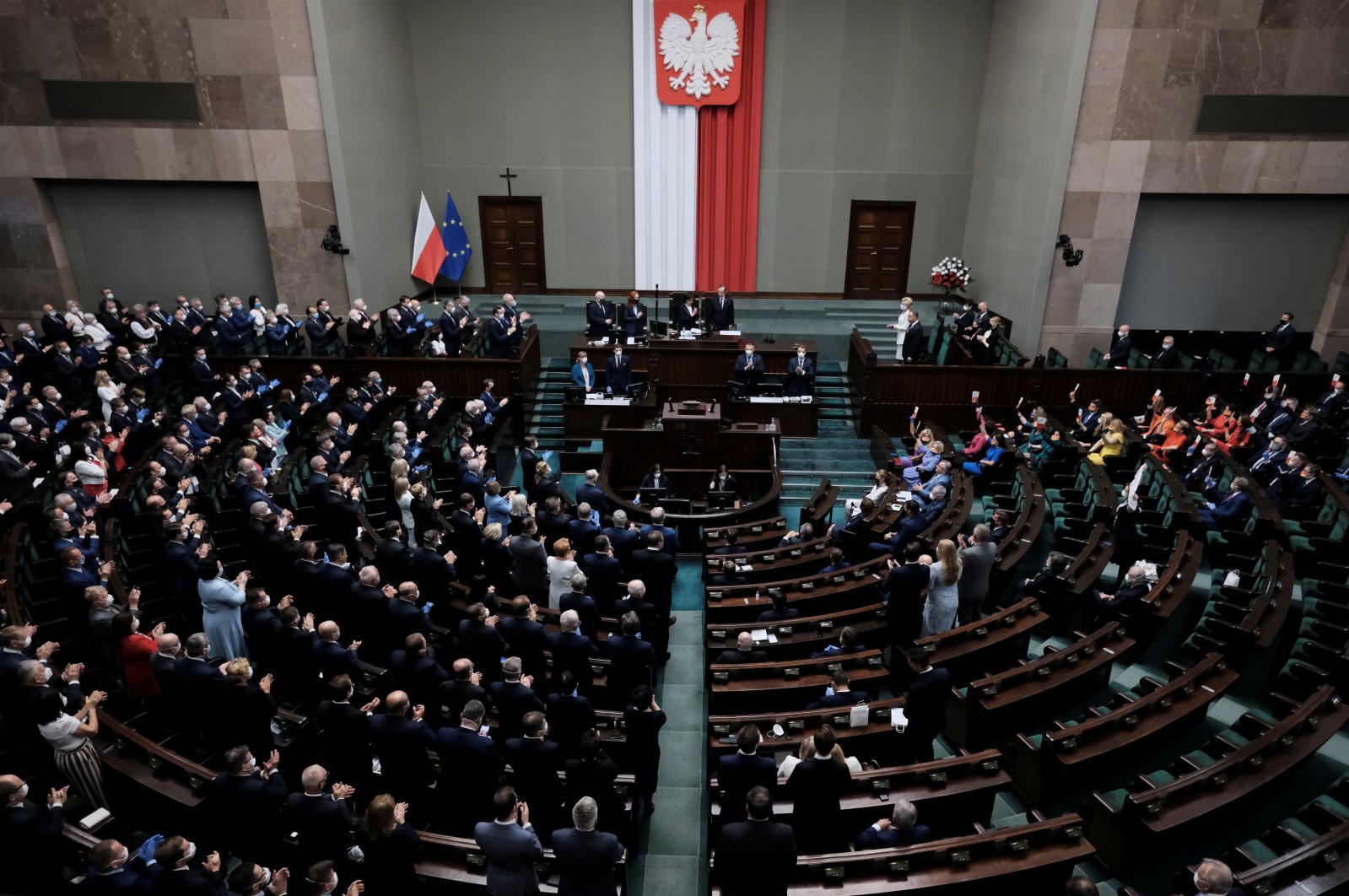 Polish President Andrzej Duda took the oath of office for a second five-year term on Thursday amid coronavirus precautions in parliament and silent protests against his policies.

Usually full of parliamentarians and guests during a presidential inauguration, the parliament's plenary room had many empty seats after numerous lawmakers from the centrist opposition alliance Civic Coalition (KO) decided not to come.

The parties forming KO wanted to protest Duda's infringements of the constitution, Borys Budka, the leader of Civic Platform, the largest party in the coalition, wrote on Twitter.

Parliamentarians from The Left parliamentary caucus came to the inauguration but held up copies of the constitution to protest what they view as the head of state's disregard for the country's supreme law.

They also wore face masks in rainbow colors in an apparent protest at Duda's recent comments hostile to the lesbian, gay, bisexual and transgender (LGBT) community and temporary detention of LGBT activists by the police for placing rainbow flags on public monuments.

The Left's female lawmakers came to the inauguration in colorful dresses to form a rainbow as they sat in their seats.

Against this background, President Duda called in his inaugural address to the National Assembly for unity and cooperation despite political differences.

"Polish matters are the most important for me," Duda said pointing to family, security, employment, investments and "dignity" as his priorities.

Duda also praised the high voter turnout in the recent presidential election, saying that "democracy in Poland is stronger than ever."

Duda won the second term by a two-percentage-point margin over the liberal mayor of Warsaw, Rafal Trzaskowski, in a run-off election on July 12.