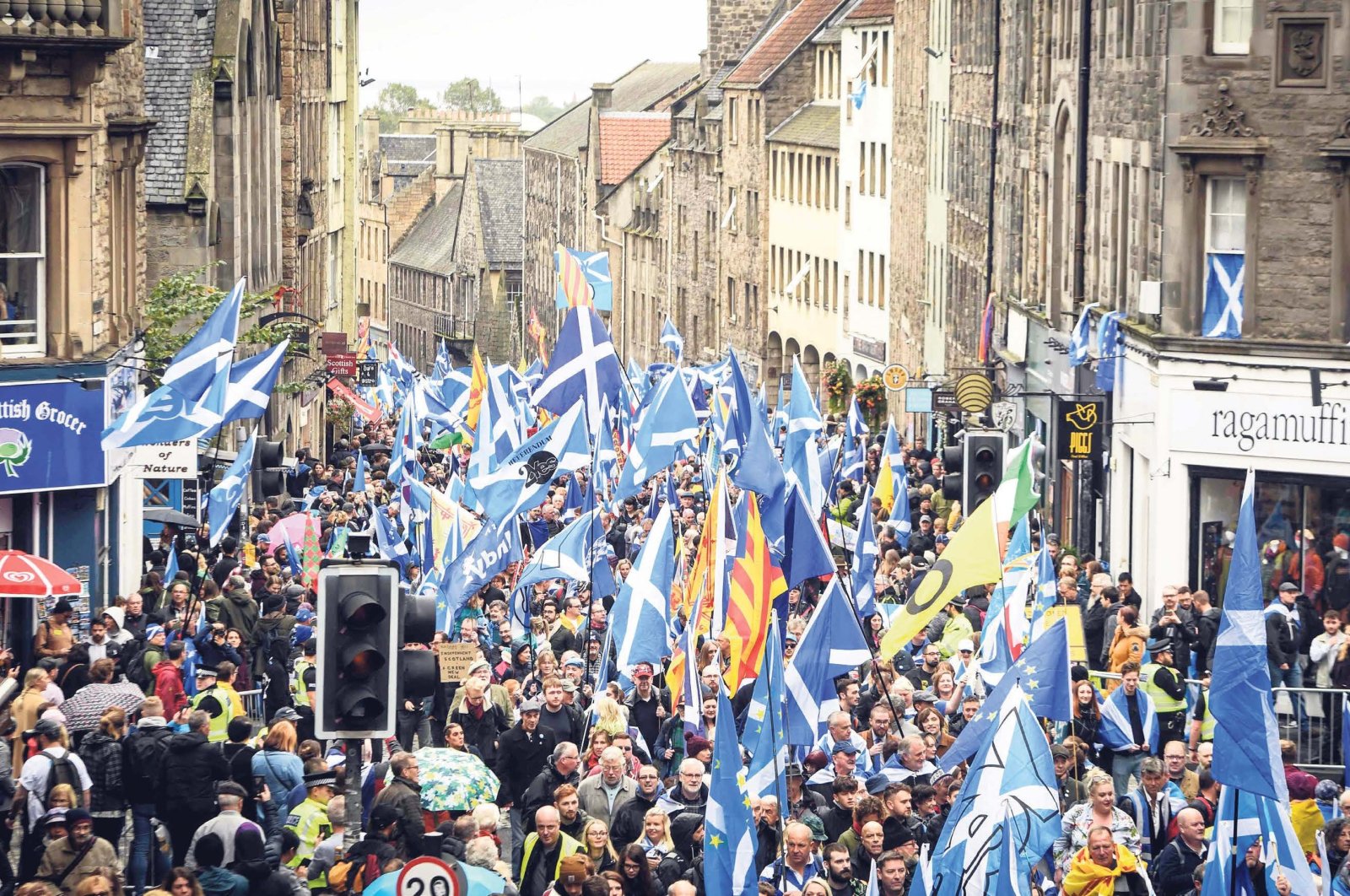 Support for Scottish independence has risen to 58%, according to a new poll released on Wednesday.

The poll was carried out by Ipsos MORI for STV News from Oct. 2-9.

It found that once undecideds were stripped out, 58% backed independence and 42% opposed it, the largest margin in favor yet.

The same poll also found the Scottish National Party (SNP), which backs independence, is on course to win next year's Scottish parliamentary elections, with 58% of voters likely to back them.

This would give the SNP 73 out of 159 seats, or 57% of the representation. This would be a gain of 10 seats compared with the current Scottish parliament and four more seats than the historic majority won by the SNP in 2011 under former leader Alex Salmond.

Scottish First Minister Nicola Sturgeon is enjoying soaring popularity with 72% saying they were satisfied with her performance, compared with 24% saying they were dissatisfied. This gives her a net approval rating of 49.

British Conservative Prime Minister Boris Johnson has a net approval rating of minus 58.

The prime minister has also consistently ruled out giving Scotland a second independence referendum, while the first minister has said she will push for one after next year's Scottish parliamentary elections.

Importantly, the poll showed 64% of Scots said that if the SNP does win a majority of seats, then the U.K. government should allow a second independence referendum.

Managing Director of Ipsos MORI Scotland Emily Gray said: "Our latest poll will put a spring in the step of nationalists but makes grim reading for unionists.

"The Scottish public have shifted even further towards supporting an independent Scotland, with record numbers now saying they would vote 'yes'.

"Of course we are still a long way out from next May's Holyrood elections, but SNP support currently looks very strong, buoyed by Nicola Sturgeon's high satisfaction ratings among Scottish voters.

"Our poll suggests that there will be significant public pressure for the U.K. government to transfer powers to the Scottish parliament to hold a second independence referendum if the SNP wins a majority at next year's Holyrood elections."

In 2014, Scotland held an independence referendum in which the Scottish people voted 55% to 45% against independence.

In 2016, the U.K. voted to leave the EU in the Brexit referendum, with Scotland voting as a nation to stay in.

In late 2019 and throughout this year, the coronavirus pandemic struck, with the U.K. suffering worse in both health and economic terms than other developed nations. Both issues are said to have fueled rising support for Scottish independence.