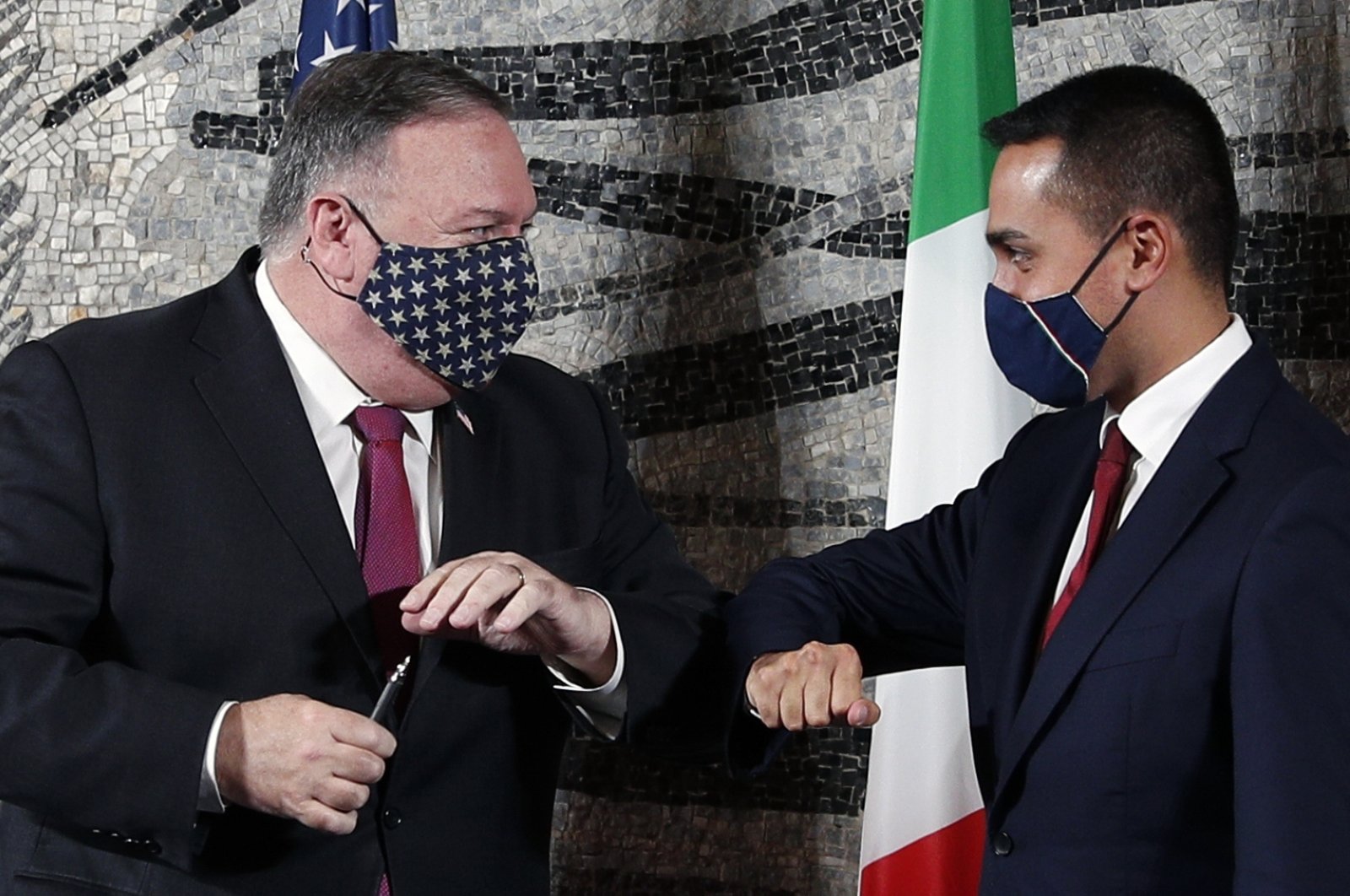 U.S. Secretary of State Mike Pompeo on Wednesday voiced concern over China's plans to extend its influence in Italy, warning Rome about possible risks related to economic ties with Beijing.

In a joint news conference with Italian Foreign Minister Luigi Di Maio, Pompeo said he had raised the issue during his meeting with Italian Prime Minister Giuseppe Conte, whom he met on Wednesday morning as part of his two-day visit in Rome.

"In my discussion with Conte, I've asked him to pay attention to the privacy of his citizens," Pompeo said, adding that China's Communist Party is trying to exploit its presence in Italy "for its own strategic purposes."

Trying to address Pompeo's worries, Di Maio said that the Italian government understood the United States' concerns over the development of 5G technologies, stressing that all contracts would be reviewed carefully.

"National security is our top priority," Di Maio said. "Italy is fully aware of the need of ensuring the security of 5G networks."

Di Maio also reiterated Italy's strong ties with the U.S. and the EU, based on NATO's common interests and values. He said that Rome is always open to investment possibilities, but never outside of the Atlantic Alliance.

The relationship with China also sparked a heated controversy between the U.S. and the Vatican, ahead of a sharply criticized plan by the Holy See to renew a two-year-old religious agreement with Beijing.

On Wednesday, Pompeo openly attacked China's record on religious freedom during a symposium hosted by the U.S. Embassy to the Holy See.

"Nowhere is religious freedom under assault more than in China," he said, adding that all religious groups faced repression in the Asian country.

"The Chinese Communist Party has battered every religious community in China ... Nor of course have Catholics been spared this wave of repression," he added.

In the audience was Archbishop Paul Gallagher, the Vatican foreign minister, who did not openly mention China in his remarks.

Pompeo's comments came amid an open clash between the U.S. and the Vatican over a deal which gives the Pope some say over the appointment of Chinese bishops.

Pompeo said the deal compromised the Vatican's moral authority, while Vatican officials believe it represents an improvement for Chinese Catholics and does not involve a political agreement.

The controversy erupted as – ahead of his planned visit to Rome – Pompeo published an essay in a conservative Catholic magazine that openly criticized the Holy See for its plan to renew the bishops' agreement with Beijing.

Pompeo will hold talks on Thursday with Cardinal Pietro Parolin, the Vatican's top diplomat, while no meeting is scheduled with Pope Francis.

Vatican officials said the proximity of Pompeo's visit to the U.S. election was one of the reasons why Pope Francis was not receiving the U.S. secretary of state.