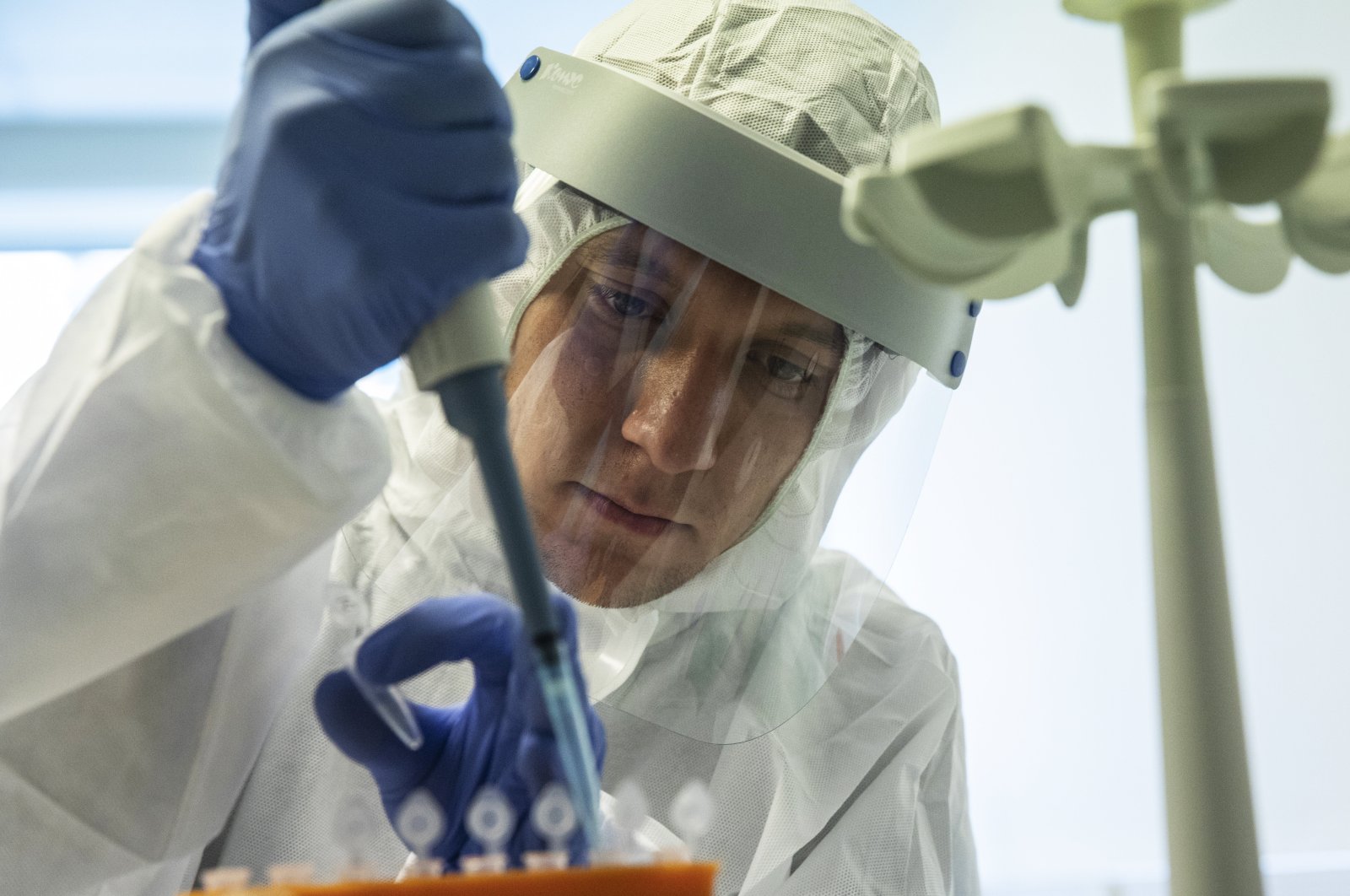 Russia on Tuesday became the first country to officially register a coronavirus vaccine and declare it ready for use, despite international skepticism. President Vladimir Putin said that one of his daughters has already been inoculated.

Putin emphasized that the vaccine underwent the necessary tests and has proven efficient, offering a lasting immunity from the coronavirus. However, scientists at home and abroad have been sounding the alarm that the rush to start using the vaccine before Phase 3 trials - which normally last for months and involve thousands of people - could backfire.

Speaking at a government meeting Tuesday, Putin emphasized that the vaccine has undergone proper testing and proven safe to use.

"I would like to repeat that it has passed all the necessary tests,” he said. "The most important thing is to ensure full safety of using the vaccine and its efficiency.”

The Russian leader added that one of his two daughters has received two shots of the vaccine and is feeling well. "She has taken part in the experiment,” Putin said.

Putin said that his daughter had a temperature of 38 degrees Celsius (100.4 Fahrenheit) on the day of the first vaccine injection, and then it dropped to just over 37 degrees (98.6 Fahrenheit) on the following day. After the second shot she again had a slight increase in temperature, but then it was all over.

"She's feeling well and has high number of antibodies,” Putin added. He didn't specify which of his two daughters - Maria or Katerina - received the vaccine.

Russian authorities have said that medical workers, teachers and other risk groups will be the first to be inoculated. Putin emphasized that the vaccination will be voluntary.

The vaccine developed by the Gamaleya Institute in Moscow uses a different virus — the common cold-causing adenovirus — that’s been modified to carry genes for the "spike” protein that coats the coronavirus, as a way to prime the body to recognize if a real COVID-19 infection comes along.

That’s similar to vaccines being developed by China’s CanSino Biologics and Britain’s Oxford University and AstraZeneca.

Moscow has dubbed its new coronavirus vaccine "Sputnik V" after the Soviet satellite, the head of the country's sovereign wealth fund said Tuesday.

Kirill Dmitriev, the head of the Russian Direct Investment Fund which finances the vaccine project, said Phase 3 trials would start on Wednesday, industrial production was expected from September and that 20 countries had pre-ordered more than a billion doses.

"We expect tens of thousands of volunteers to be vaccinated within the next months," Dmitriev said. "So people outside of clinical trials will have access to the vaccine in August, and some, already on the massive scale, in October.”

WHO last week urged Russia to follow established guidelines and go "through all the stages" necessary to develop a safe vaccine.

The World Health Organization (WHO) and Russian health authorities are discussing the process for possible WHO prequalification for its newly approved COVID-19 vaccine, a WHO spokesman said on Tuesday.

"We are in close contact with Russian health authorities and discussions are ongoing with respect to possible WHO prequalification of the vaccine, but again prequalification of any vaccine includes the rigorous review and assessment of all required safety and efficacy data," WHO spokesman Tarik Jasarevic told a U.N. briefing in Geneva, referring to clinical trials.