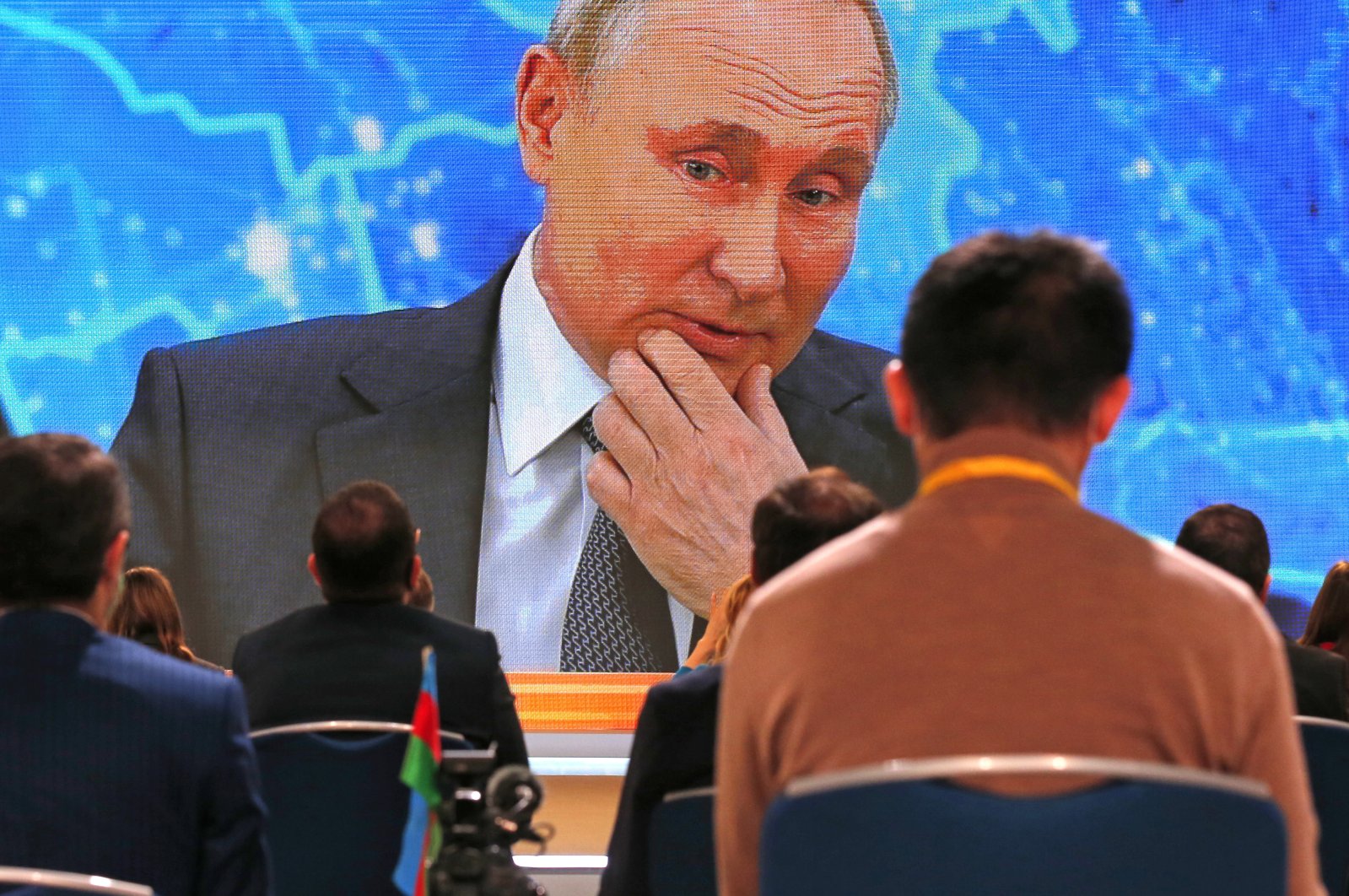 Russian President Vladimir Putin explained Russia's position on the Nagorno-Karabakh cease-fire on Thursday and said that the region is an integral part of Azerbaijan according to international law.

"From the international legal point of view, all these territories are an integral part of the Republic of Azerbaijan. This is how our position was built in the Minsk Group, where Russia, the United States, and France are co-chairs. For many years, we have always assumed that the seven held areas around Nagorno-Karabakh should be returned to Azerbaijan," he said at an annual news conference in Moscow.

The current status of Nagorno-Karabakh should remain unchanged under an obligatory condition of creating a communication channel between Armenia and Nagorno-Karabakh, he said, adding that the Lachin corridor, connecting Nagorno-Karabakh and Armenia, was established for this purpose.

Asked about Turkey's position in the conflict, Putin said: "Turkey defended, as they believe, the just cause of Azerbaijan, namely, the return of the territories that were occupied during the clashes in the 1990s."

He refused to speculate about external reasons for the latest outbreak in Karabakh, saying: "The tension lasted for many years."

"I don't think it was due to any outside interference. Many times, there were tensions, clashes, and small shootouts. As a result, it developed into a conflict," he said.

Putin noted that the trilateral agreement between Russia, Armenia, and Azerbaijan secured the positions of the parties to the conflict at their locations when the agreement on the cease-fire was reached.

"This agreement on the cessation of hostilities is very important. Because it stopped the bloodshed, the civilians have stopped dying, this is an extremely important thing, this is fundamental. Everything else is secondary. Saving people's lives and health is the most important task that we have solved," he said.

Commenting on the recent violation of the cease-fire, Putin expressed hope that it would never happen again.

As for a possible rise in the number of Russian peacekeeping troops in the region, he said it can be done only with the approval of all parties because its size was negotiated and agreed upon at the stage of drafting the cease-fire agreement.

"If everyone comes to the conclusion that this is necessary (to increase the number of peacekeepers), we will do it, if not, then we will not do it," he said.

Nagorno-Karabakh lies within Azerbaijan but was under the occupation of Armenian forces since a separatist war there ended in 1994. That war left the predominantly-Armenian autonomous region itself and substantial surrounding territory in Armenian hands.

In 44 days of fighting that began in late September and left more than 5,600 people killed on both sides, the Azerbaijani army pushed deep into Nagorno-Karabakh, forcing Armenia to accept last month's peace deal that saw Azerbaijan reclaim much of the separatist region along with surrounding areas. Russia deployed nearly 2,000 peacekeepers for at least five years to monitor the peace deal and to facilitate the return of refugees.

The peace deal was a major shock for Armenians, triggering protests calling for the resignation of Prime Minister Nikol Pashinian, who has refused to step down. He described the peace agreement as a bitter but necessary move that prevented Azerbaijan from taking over all of Nagorno-Karabakh.