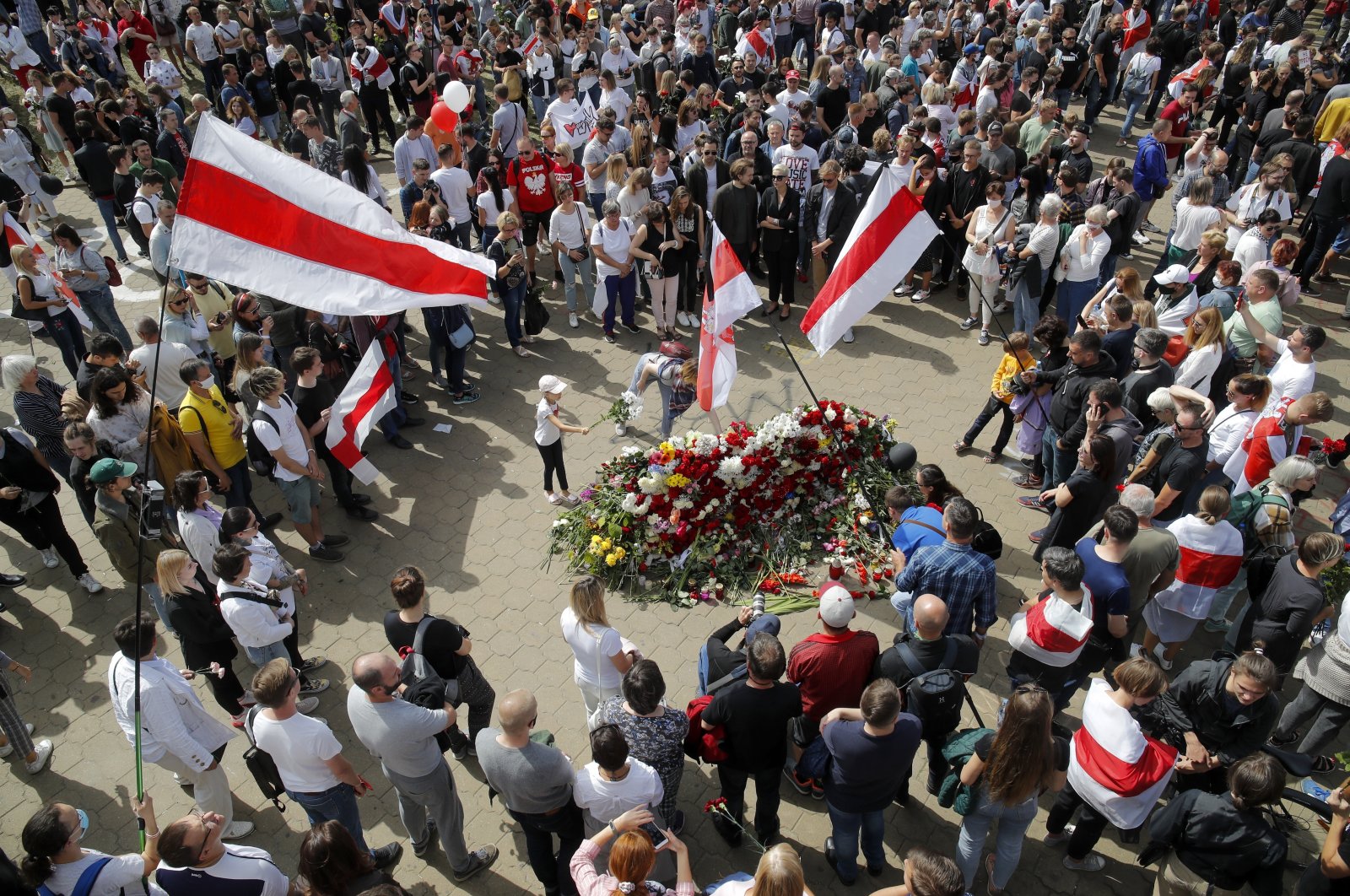 People with old Belarusian National flags lay flowers as they gather at the place where Alexander Taraikovsky died amid the clashes protesting the election results, during his civil funeral in Minsk, Belarus, Saturday, Aug. 15, 2020. (AP Photo)
by ASSOCIATED PRESS Aug 15, 2020 8:43 pm
RECOMMENDED

Lukashenko made the comment on Saturday evening, several hours after a phone call with Putin and after protesters again demanded that he resign. They claim the official results of the Aug. 9 presidential election that gave the authoritarian leader a sixth term in office are fraudulent.

Lukashenko did not specify what sort of assistance Russia would be willing to provide. But he said, “When it comes to the military component, we have an agreement with the Russian Federation in the framework of the countries’ union agreement."

“These are the moments that fit this agreement,” he added.

On Saturday, thousands of Belarusian demonstrators rallied at the spot where a protester died in clashesruss with police, calling for Lukashenko to resign after 26 years in power. Some stripped off their shirts to display deep bruises they said came from being beaten by police.

It was the seventh consecutive day of large protests against the results of the election. Opposition supporters believe the figures have been manipulated.

Despite harsh police crackdowns against the protesters, including the detention of some 7,000 people, the demonstrations have swelled into the largest and most sustained anti-government movement since Lukashenko took power in 1994.

The 65-year-old Lukashenko, for his part, on Saturday rejected suggestions that foreign mediators become involved in trying to resolve the country’s political crisis.