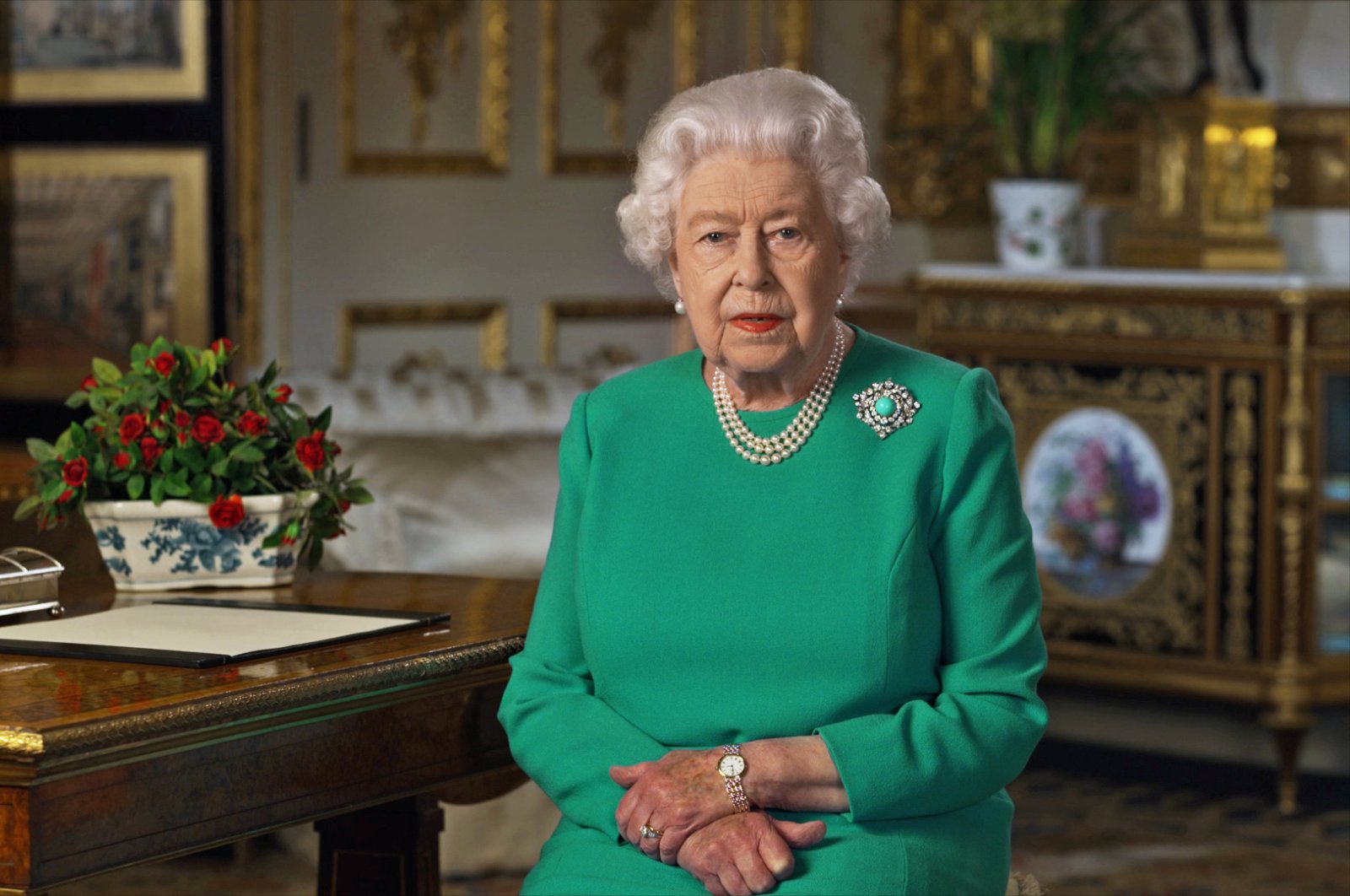 Buckingham Palace handout image of Britain's Queen Elizabeth during her address to the nation and the Commonwealth in relation to the coronavirus epidemic (COVID-19), recorded at Windsor Castle, Britain, April 5, 2020. (Reuters Photo)
by German Press Agency - DPA Apr 21, 2020 10:14 am

The queen, who has ruled Britain for more than 68 years, is not expected to attend any public events amid Britain's near-lockdown to curb the spread of novel coronavirus.

The royal family announced that an annual military parade of horses and gun carriages past Buckingham Palace, the queen's London home, and traditional gun salutes marking her birthday have been canceled this year.

The queen and her husband Prince Philip, 98, left London for Windsor Castle last month as a "sensible precaution" amid the coronavirus pandemic, the palace said.

The queen's eldest son and heir, Prince Charles, 71, self-isolated at one of his homes in Scotland after he tested positive for the virus and experienced mild symptoms.

Tuesday's anniversary marks the actual date of the queen's birth, while more events normally take place in June to mark her official birthday.

Britain's system of constitutional monarchy keeps the queen as a largely ceremonial head of state, allowing the government to pass legislation and run the country.