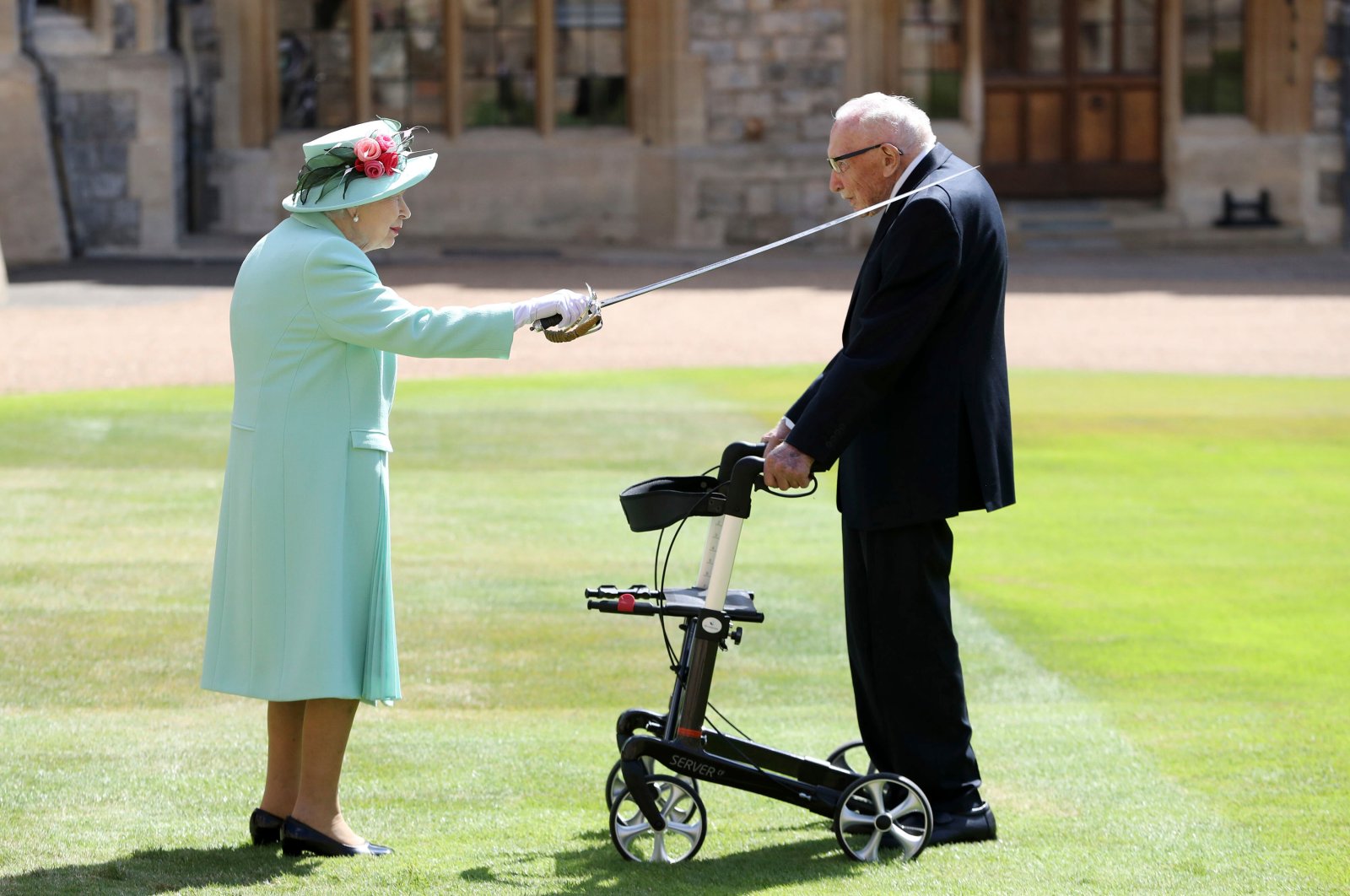 Queen Elizabeth knighted Captain Tom Moore on Friday, recognizing the 100-year-old for lifting Britain's spirits during the gloom of the coronavirus pandemic by raising millions of pounds for health workers.

The World War II veteran raised a record 33 million pounds ($41 million) by walking 100 laps of his garden with the aid of a walker in April in the run-up to his landmark birthday.

At an open-air investiture at Windsor Castle, the 94-year-old queen smiled as she dubbed Moore on both shoulders with her knighting sword, which previously belonged to her father, George VI.

Moore, in a dark suit, stood holding onto a wheeled walker.

"Thank you very much," Moore told the queen.

"Wonderful," the queen said, before greeting Moore's family. "What an amazing amount of money you have raised."

The Yorkshireman became a symbol of British endurance in the face of the adversity of the coronavirus crisis and cheered many with his promise that "the sun will shine again."

"I could never have imagined this would happen to me," Moore said in a message posted on Twitter before he received the ancient accolade.

"It is such a huge honour and I am very much looking forward to meeting Her Majesty The Queen. It is going to be the most special of days for me."

Moore, who served in India, Burma and Sumatra during World War II, quipped earlier this year that having a knighthood would be funny because he would be Sir Thomas Moore – a reference to the Tudor statesman Sir Thomas More.

The monarch has been sheltering at Windsor Castle, the oldest permanently inhabited castle in the world, since March.

Other investitures have been postponed because of the coronavirus and Moore's knighthood was one of the first official duties the queen has carried out since the coronavirus lockdown.