Refugees in Germany unite to help community amid virus battle 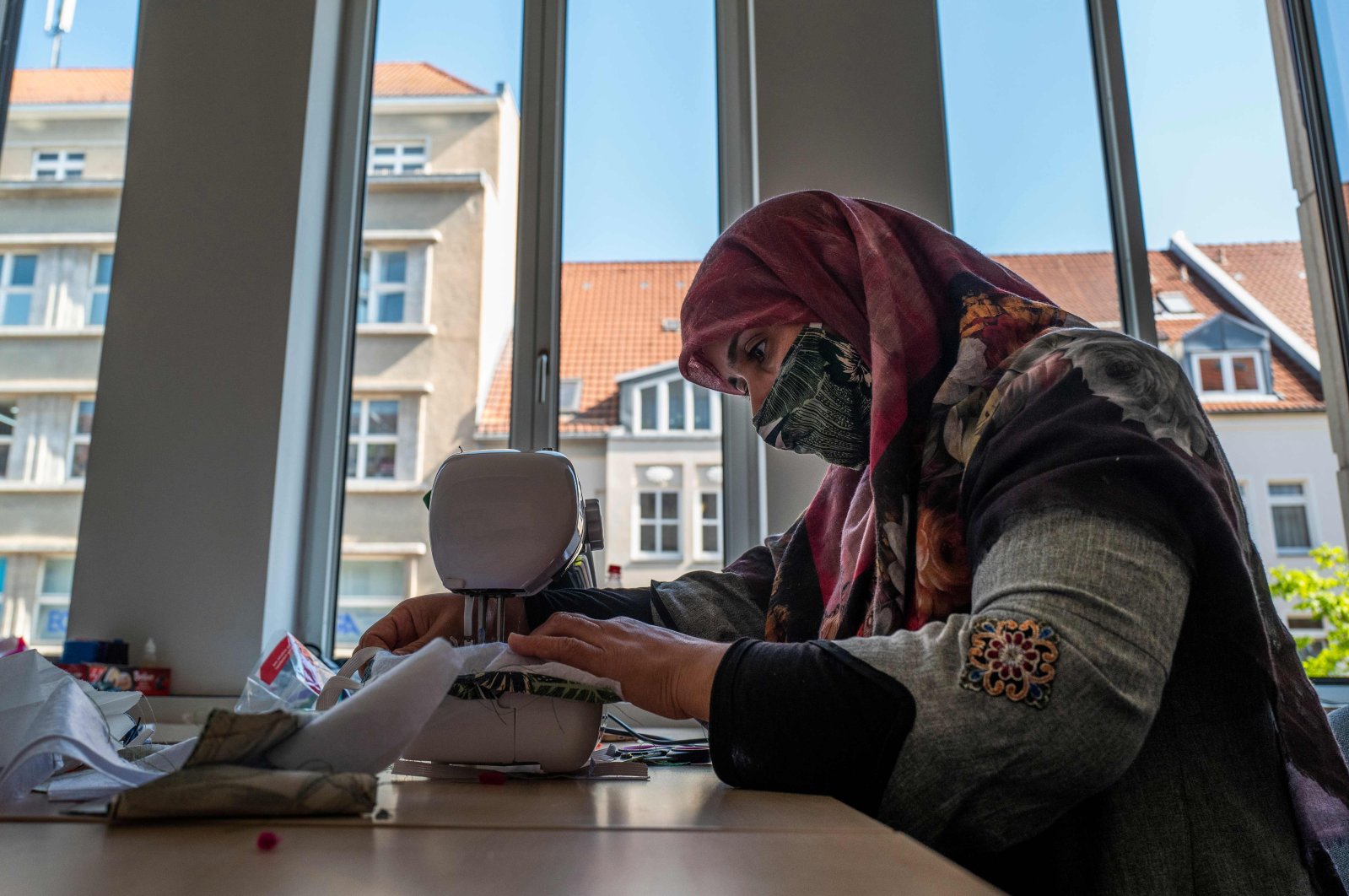 In a community center in Berlin's Spandau district, two large rooms are filled with the clunk and whirr of sewing machines, rolls of colorful fabric strewn across the tables.

About a dozen migrants from countries including Iran and Afghanistan are busy making face masks to donate to the community – and their work is in high demand, with a queue stretching down the stairs and out the front door.

Germany has made masks compulsory on public transport and in many shops as part of measures to control the spread of the coronavirus, which has claimed almost 6,000 lives and led to sweeping restrictions on public life.

But according to project coordinator Afsaneh Afraze-Ketabi, the crisis has had an unexpected upside for many migrants living in Germany.

Engaging in volunteer work is helping them to strengthen their ties with the community, improve their language skills and build confidence, said the 36-year-old from Iran.

Germany has seen a large uptick in the number of people coming from Syria, Afghanistan and Iraq, with more than a million arriving between 2015 and 2016 alone.

Thomas Noppen, whose charity Go Volunteer runs a website that matches refugees with volunteering opportunities, is keen to show that new arrivals can make a positive contribution.

"Many participants see it as a cultural given to do charity," he said.

Since April 2018, around 500 migrants have applied for volunteer work through the Engagierte Newcomer (Engaged Newcomers) website.

A new section dedicated to the current crisis – Newcomer Gegen Corona (Newcomers against Corona)– is due to launch this week.

"We receive lots of feedback from refugees that their main motivation is 'giving back' to the host community," Noppen said.

This is true for Jamila Ahmadi, 45, from Afghanistan, who has been sewing up to 50 masks a day for the Spandau project.

"Everyone has to do something to help if they can," she said through her own white and gold mask. "Germany is helping us, and now we want and have to help the people."

Across the city, in Oberschoeneweide, Abdulrahim Al Khattab has been helping to run a COVID-19 neighborhood volunteering project.

The 31-year-old from Syria and two of his friends have set up a Facebook group and put up notes in the hallways of their buildings asking if anyone needs help with their grocery shopping, medicine or other errands.

Before they came to Germany five years ago, Al Khattab and his friends volunteered in Syria, helping to provide food, clothes, medicine and new homes for people displaced by the civil war.

"This experience taught us a lot," he said. "In this difficult situation, we think of (the German) people just as we thought of our people."

Meanwhile, in Berlin's central Schoeneberg district, a huge pan full of lamb steaks is sizzling in the kitchen of Malakeh Jazmati's empty restaurant.

With her doors closed to customers, the 32-year-old from Syria has decided instead to cook free lunches for supermarket workers – who she sees as the unsung heroes of the pandemic.

"I know they live in a very hard situation and they work under pressure, so I want to give them something back," she said.

Jazmati came to Germany in 2015 and opened her restaurant two years ago.

She will add rice and eggplant to the lamb to make one of her signature dishes, known as Makloubeh.

"In this time, volunteering is not something we want to do... or we don't want, it's something we should do," she said.

"Everyone should do something in this time. We need to be together."