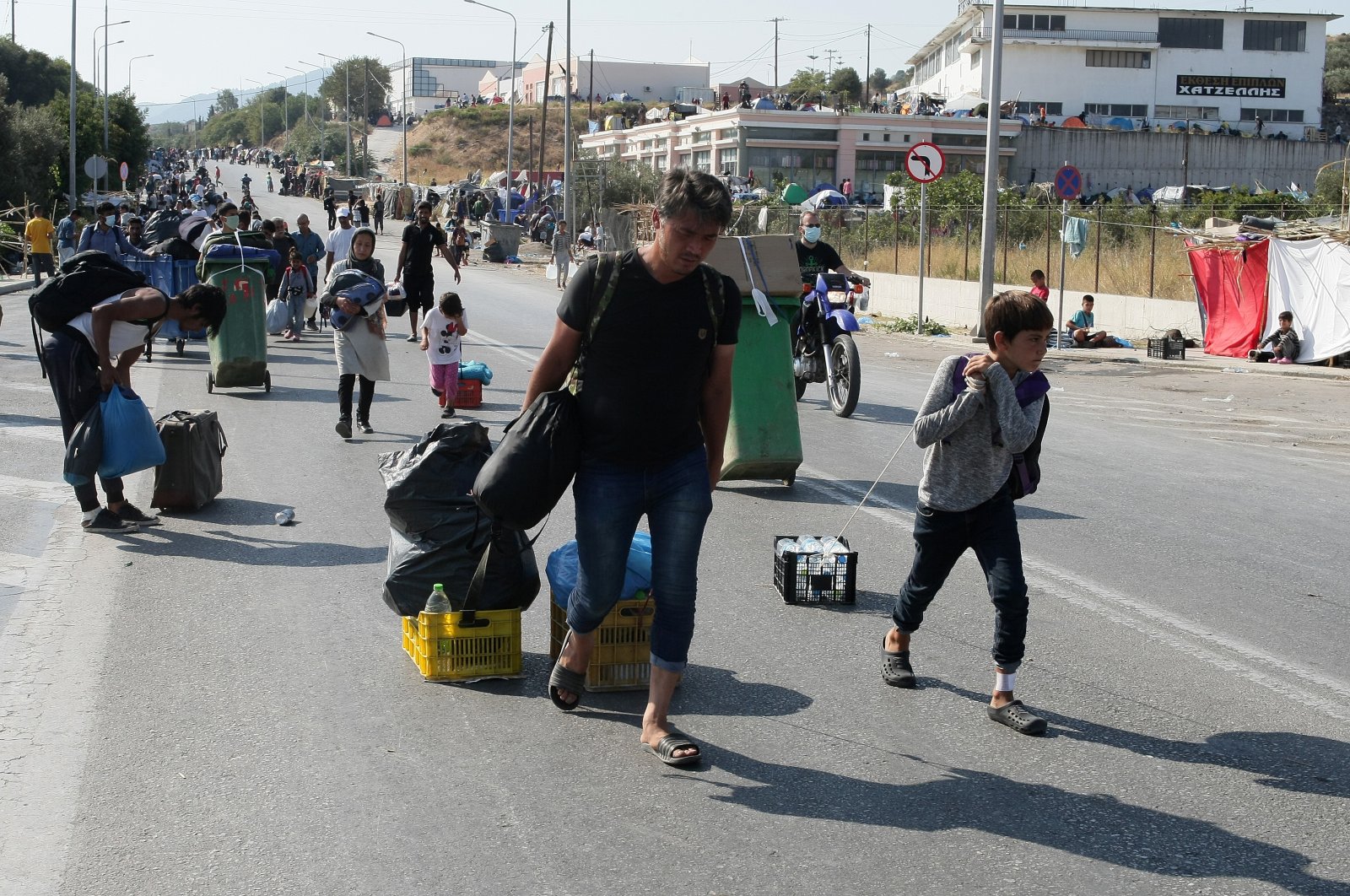 About 1,150 refugees and migrants have been moved from the streets on Greece's island of Lesbos(Midilli) to a new temporary facility, an official said Thursday.

The new facility will be in the Kara Tepe camp, near the island's port, government spokesperson Stelios Petsas said.

A fire at Moria camp last week left more than 12,000 people without shelter, sanitation, food and water, to sleep in fields and nearby cemeteries.

According to authorities, the fire was started by a small group of asylum seekers that were angered by isolation measures to curb the novel coronavirus outbreak after dozens tested positive.

The new temporary facility can take up to 5,000 people, authorities said, while 17 mobile units from the National Organization for Public Health are on-site to test all who enter the camp.

The transfer was coordinated by Greek police and started in the early morning of Thursday, while some of the migrants were reluctant to be transferred to the new facility in fear of poor living conditions.