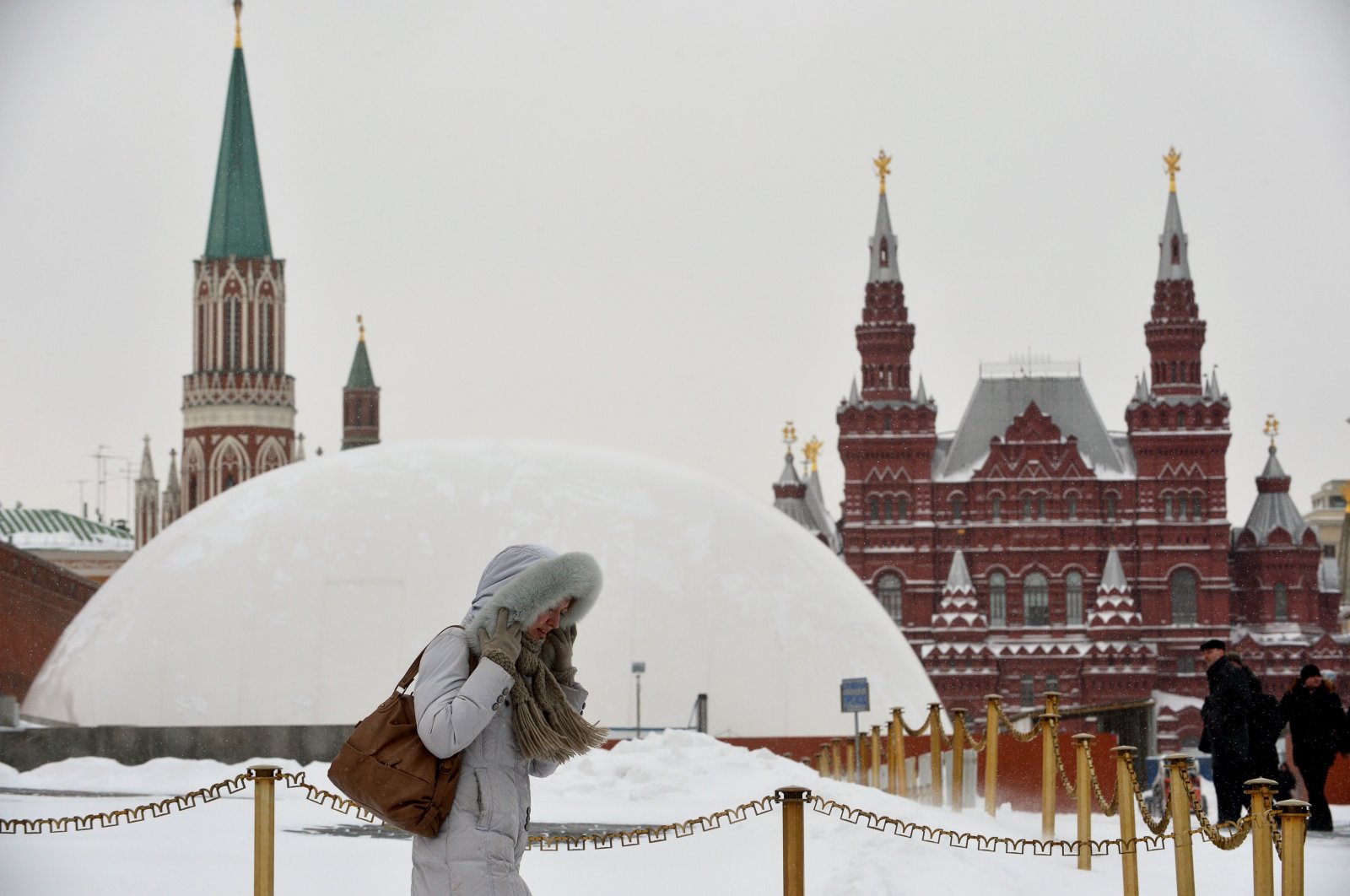 A woman walks in front of a huge temporary dome covering the mausoleum of Soviet state founder Vladimir Lenin at the Red Square in Moscow, on March 25, 2013. (AFP Photo)
by Agencies
Nov 16, 2020 5:06 pm

Lenin's Mausoleum in Moscow, the resting place of the first Soviet leader Vladimir Lenin, will be closed to the public for the indefinite future as of Nov. 17 due to the worsening coronavirus situation, the Federal Protective Service (FSO) announced Monday.

Without giving a reopening date, the FSO, in a statement on its official website, said, "the access will be suspended temporarily."

This is the first forced closure of the memorial in Russia's modern history. Previously, Lenin's body had been evacuated during World War II over fears the mausoleum would be destroyed in the bombings, Anadolu Agency (AA) said Monday.

The mausoleum has sustained numerous attacks, some of which included the use of explosives and even remained open to visitors during the October 1993 coup. Twice a year, the mausoleum is routinely closed for two months for maintenance work, and in 2012 it was closed for about nine months for renovation.

Lenin's Mausoleum in Moscow, built from 1924-1930, is one of the most famous burial sites in modern history. In 1990, it was granted that status of UNESCO World Heritage Site along with the Kremlin Wall Necropolis.

COVID-19 infections in Russia have hit a new record high and a region in Siberia has shut down some non-essential businesses for two weeks to curb the spread of the disease.

The task force has also registered nearly 33,500 COVID-19 deaths. Since the virus's resurgence in September, it has swept through the country, with the number of daily new cases increasing from roughly 5,000 in early September to over 22,000 this week, according to The Associated Press (AP).

Russian authorities have said there were no plans to introduce a second nationwide lockdown, but on Monday the Siberian republic of Buryatia became the first region to close a wide range of non-essential businesses.

"The number of patients is not decreasing," Alexei Tsydenov, the regional governor, said in a video address. "There is a shortage of medicine in the pharmacy network. More and more hospital beds are needed every day."

With 1,948,603 infections since the start of the pandemic, Russia has the fifth largest number of cases in the world behind the U.S., India, Brazil and France.