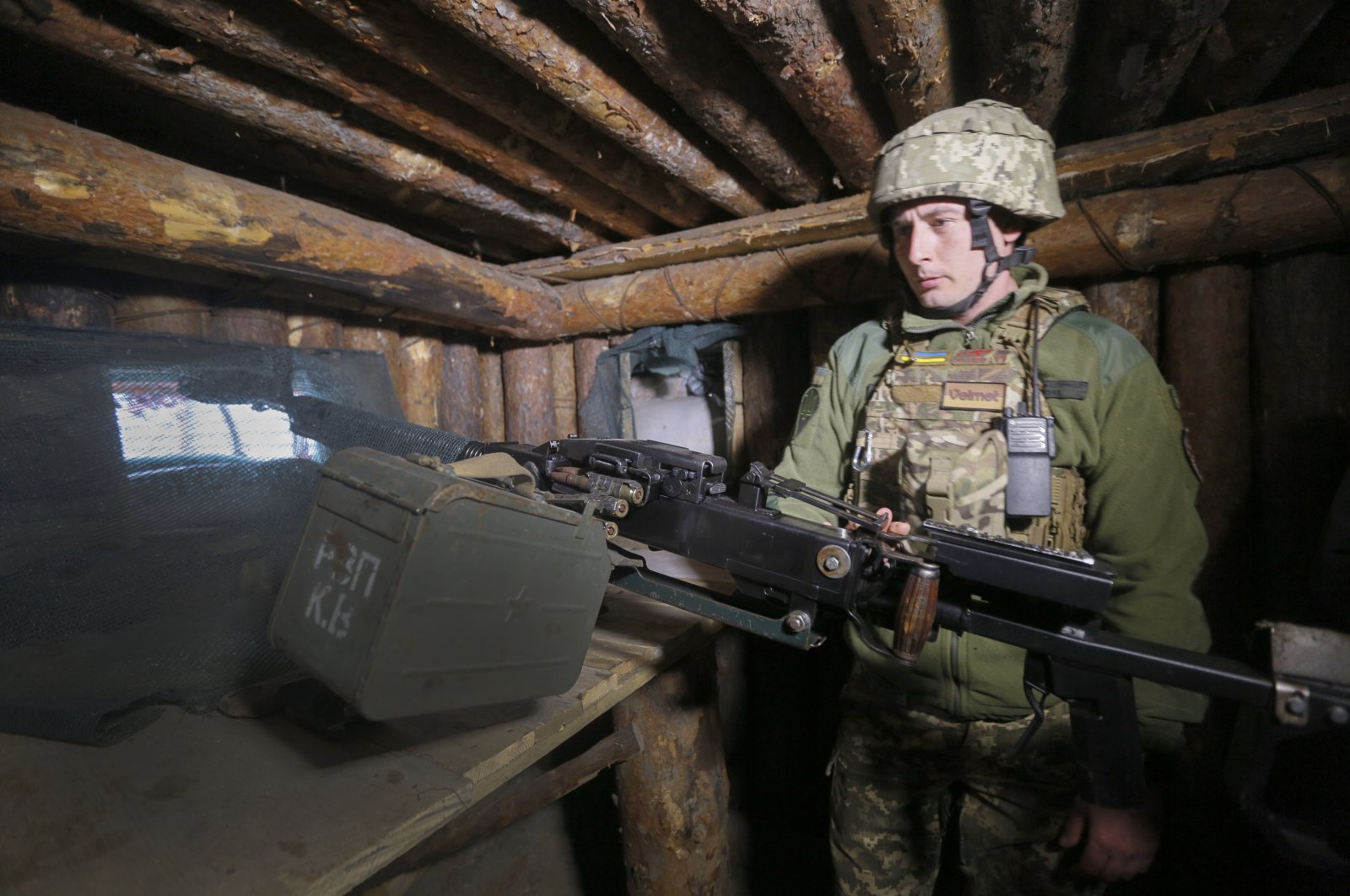 A Ukrainian soldier is seen at a fighting position on the line of separation from Russian-backed rebels near Luhansk, Ukraine, April 16, 2021. (AP Photo)
by French Press Agency - AFP Apr 17, 2021 11:16 am
RECOMMENDED

At least 6 reported dead as glacier collapses in Italian Alps

Russia's FSB security service said on Saturday that it had detained a Ukrainian diplomat in Saint Petersburg for allegedly receiving classified information, in the latest flare-up of tensions between the neighboring countries.

"A Ukrainian diplomat, a consul of Ukraine's Consulate General in Saint Petersburg, Alexander Sosonyuk, has been detained by Russia's FSB," the security service said in a statement.

Russia's domestic intelligence agency said Sosonyuk had been caught "red-handed" during a meeting with a Russian national as he sought to receive "classified" information.

"Such activity is not compatible with his diplomatic status and is of clearly hostile nature towards the Russian Federation," the FSB said, adding that Sosonyuk had been detained on Friday.

"In conformity with international law, measures will be taken against the foreign diplomat."

In recent years Russia has detained a number of Ukrainian nationals on suspicion of spying but the detention of a diplomat is rare.

In recent weeks, tensions have escalated between Russia and Ukraine, with Kyiv accusing Moscow of massing troops on its border and seeking to destroy "Ukrainian statehood."

Kyiv has been battling Russian-backed separatists in the east of Ukraine since 2014, and clashes have intensified since the start of the year, shredding a cease-fire agreed on last July.

Concern has been mounting that the long-simmering conflict could spiral back into wider fighting, and Ukrainian President Volodymyr Zelenskiy has asked the West for help.

At least 6 reported dead as glacier collapses in Italian Alps