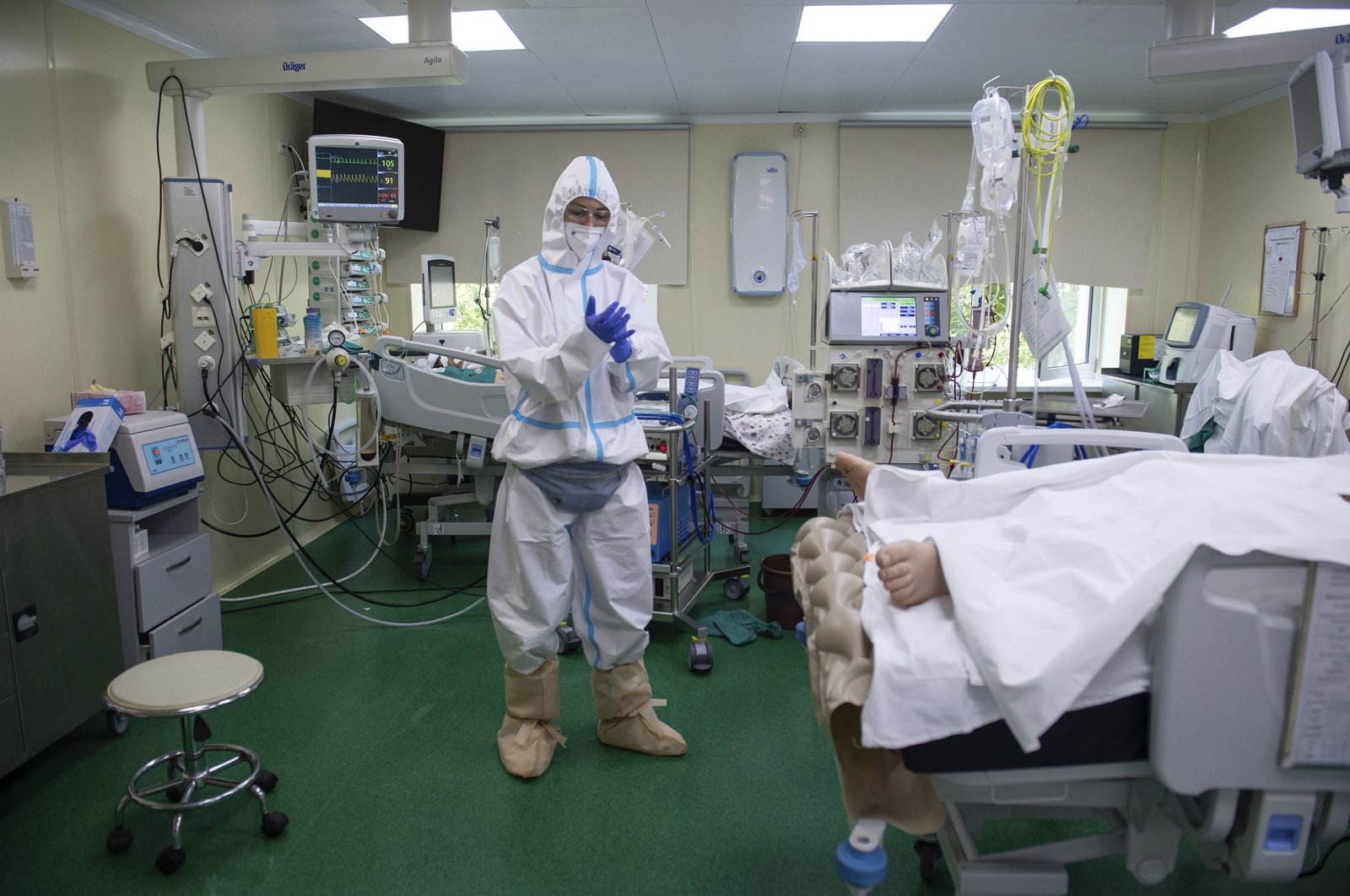 A medic wearing a special suit to protect against coronavirus prepares to treat a patient with coronavirus at the City hospital No. 52 for coronavirus patients in Moscow, Russia, July 13, 2021. (AP Photo)
by Associated Press
Aug 28, 2021 7:48 pm

A new report from Russia’s state statistics agency has revealed that the country hit a record number of deaths from COVID-19 in July, bringing the nation's battle with the pandemic to the forefront.

The report from the Rosstat agency said 50,421 people suffering from COVID-19 died during the month, sharply higher than the previous record of 44,435 in December.

Rosstat said the other 4,844 deaths of infected people were not connected to the virus.

The report said the total of virus-related deaths in Russia by the end of July was 215,265 – much higher than the 180,840 cited by the national coronavirus task force. Russian officials ascribe that to different counting methods, saying the task force only includes deaths where COVID-19 was the main cause.

Officials also say the task force uses data from medical facilities while Rosstat takes its numbers from civil registry offices, where registering a death is finalized.

Russia’s vaccination drive against COVID-19 has lagged behind other nations. As of mid-August, only a quarter of the country’s 146 million people had received at least one vaccine dose, while 20% had been fully vaccinated.

Authorities in many regions have made vaccines mandatory for certain groups of workers, including those employed in health care, education, retail, public transportation and government offices.