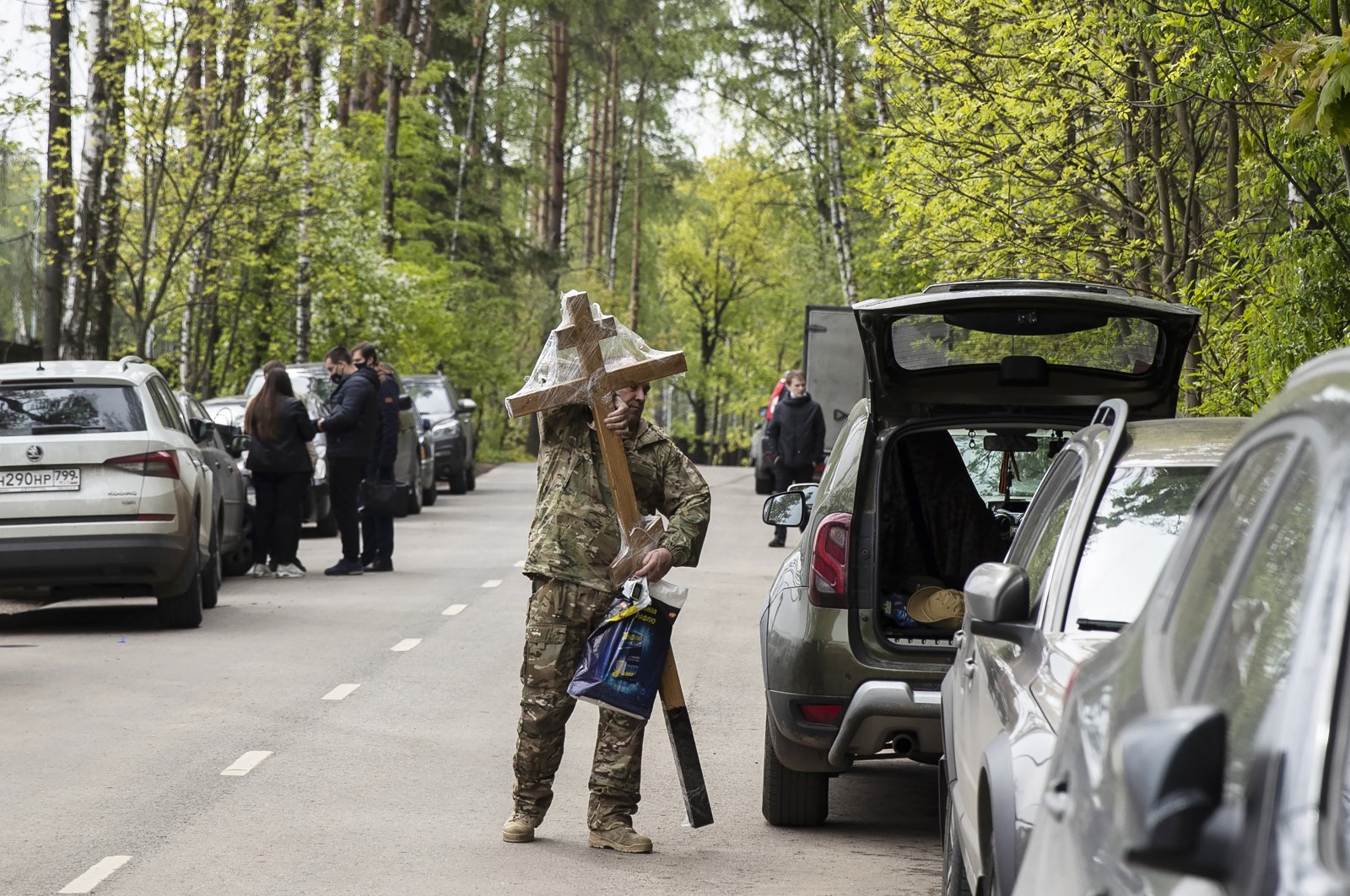 Russia said Wednesday 161 people with the coronavirus had died in the past 24 hours, bringing the nationwide death toll to 3,968.

Russia recorded 8,338 new coronavirus cases in the past 24 hours, bringing its nationwide tally to 370,680, the Russian coronavirus crisis response center said in a report Wednesday.

According to data, daily growth decreased to 2.3%. The number of recoveries from the virus has significantly exceeded the number of patients for several days.

The statement added that the largest number of coronavirus cases were recorded in Moscow with 2,140 patients, followed by the Moscow region with 793 and St. Petersburg with 387.

Another 235 patients were registered in the Sverdlovsk region, 231 in the Nizhny Novgorod region, 203 in the Rostov region and 161 in Dagestan.

The report said that 40.8% of new patients showed no symptoms of the virus.

Meanwhile, the head of the Moscow department of the Federal Service for Surveillance on Consumer Rights Protection and Human Well-being said Moscow is ready for the first and second stages of overcoming the restrictions on the coronavirus.

Elena Andreeva said during a meeting in the Moscow City Duma that there are three indicators that suggest the city is ready to end self-isolation restrictions: the infection rate, which should be less than one for 70 days, the availability of free beds and the population testing rate (384 people per 100,000).

"Moscow is the absolute leader in testing," she said, adding that although the situation with the coronavirus in the capital is the tensest in the country, it is already completely under control.

The head of the department noted that there are two more important indicators – the mortality rate and the registration of community-acquired pneumonia. Andreeva said the mortality rate in Moscow is 1.1%, mainly among people over 65 years old.

Moscow's mayor Sergei Sobyanin told President Vladimir Putin on Wednesday that the city is ready to resume non-food trade and allow dry-cleaners and repair shops to open from June 1, as it eases its coronavirus-related lockdown.

Russia has recorded far fewer deaths than other countries with large outbreaks, but critics have cast doubt on the low official mortality rate and accused authorities of underreporting to play down the scale of the crisis.