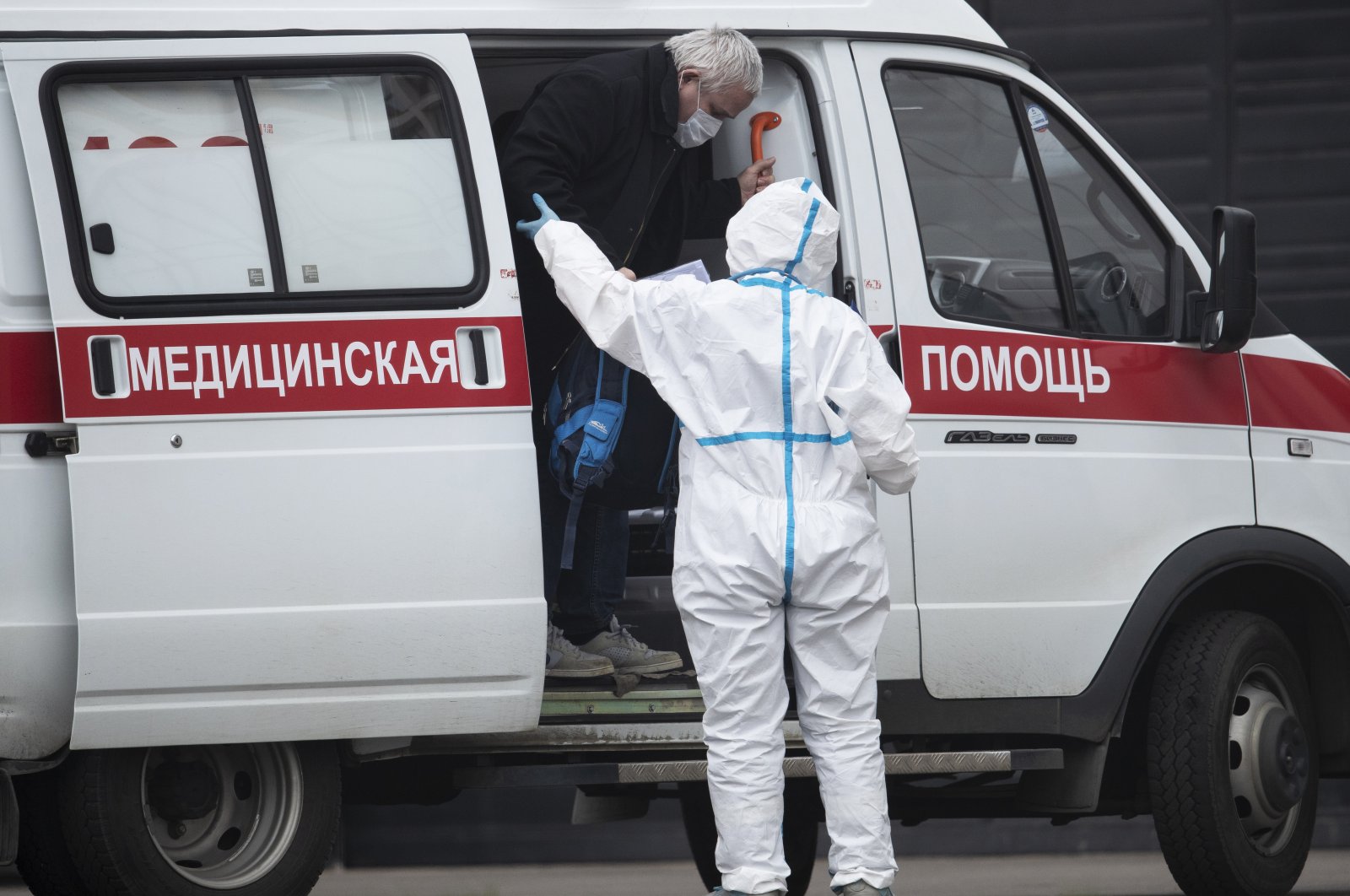 In this April 27, 2020, photo, a medical worker wearing protective gear helps a man, suspected of having the coronavirus infection, to get out from an ambulance at a hospital in Kommunarka, outside Moscow, Russia. (AP Photo)
by Compiled from Wire Services Apr 28, 2020 11:02 am
RECOMMENDED

Thus, Russia surpassed Iran, where 91,472 cases of COVID-19 were registered.

The number of deaths rose by 72, also a daily record, taking the total number of fatalities to 867.

A cumulative total of 93,558 cases of coronavirus infections – an increase of 7.4% – were recorded in the country.

The figures mean Russia now ranks eighth worldwide for the number of confirmed cases, though it still has far fewer related deaths than the other most affected countries, which include the United States, many European nations, Iran and China.

Russia's total population of 147 million is scattered across 11 time zones and 85 regions. The coronavirus data includes the Crimea peninsula, which Moscow annexed from Ukraine in 2014.

Deputy Chairman of the State Duma Committee on Health Protection Nikolai Govorin told RT that only maintaining restrictions and a regime of self-isolation, including during the holidays in May, will help break the epidemiological chain and help to reduce the number of coronavirus infections.

“There is no other method. Unfortunately, we do not have any positive dynamics. People are tired, it is very difficult to be in isolated conditions. But we need to withstand a little more so that we can have guarantees that the dynamics will decrease,” he said.

Russia enters two sets of long public holidays from Friday to May 11, with only three working days in between which many usually prefer to take off as well and to spend nearly two weeks outside the big cities.

On Tuesday it stood at 3 of the maximum 5 for Moscow, a city of nearly 13 million where the number of confirmed infections is close to 50,000, meaning there are a lot of people on the streets.

Although Moscow's index is better than an average in nearly 300 other Russian cities that Yandex tracks, it went down this week from early April, indicating that people are starting to disregard the lockdown restrictions.

Moscow, the epicentre of the pandemic in Russia, has introduced special barcodes for private cars and public transport since mid-April to curb people's movements - a practice set to be extended to 21 other Russian regions.

Anna Popova, the head of Russia's safety watchdog Rospotrebnadzor, told state television on Monday that, in her view, restrictions should remain in place until May 12