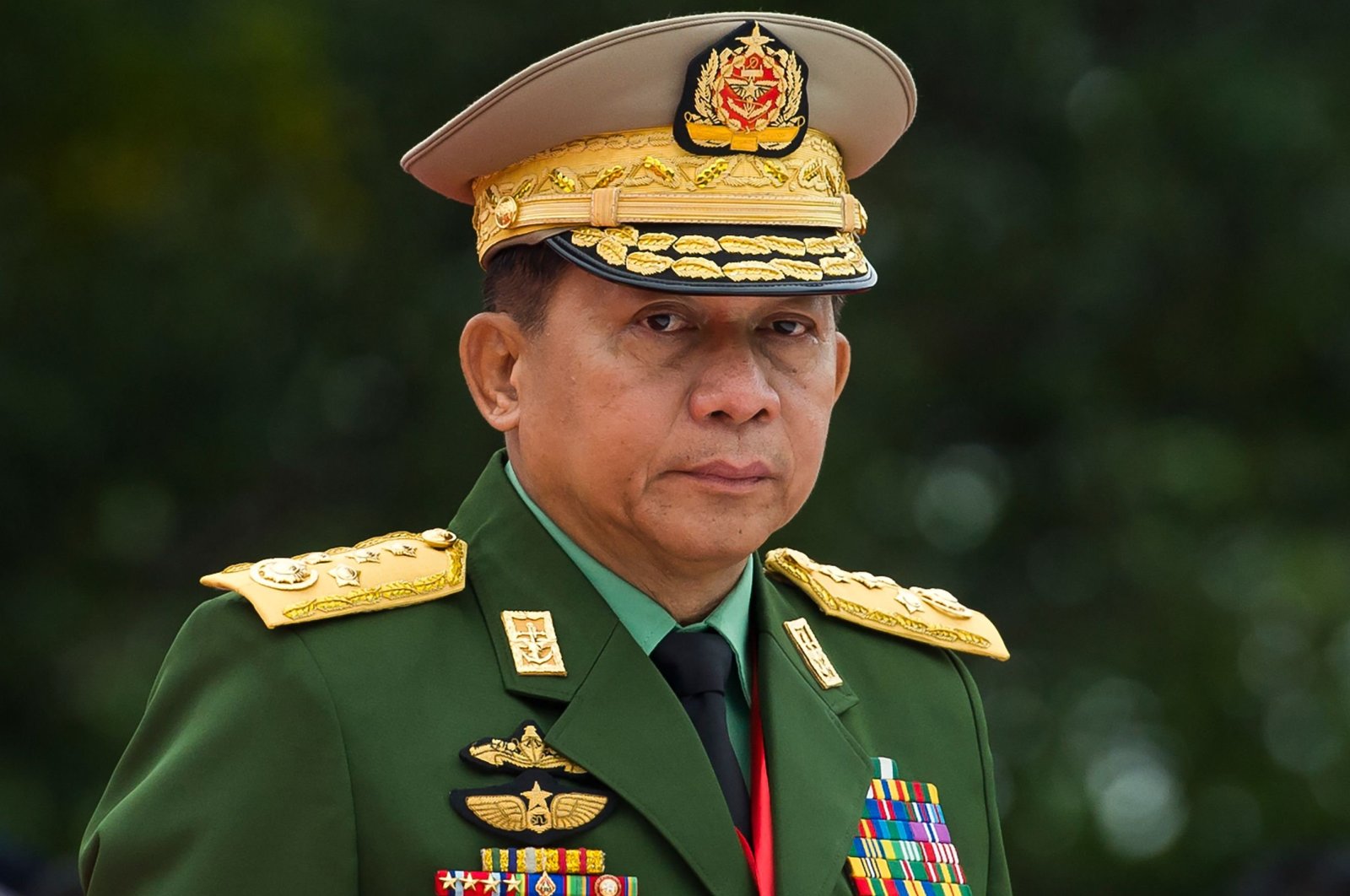 Russia wants to strengthen military ties with Myanmar, state media reported on Friday, after a meeting between senior defense officials and a junta condemned by Western countries for killing hundreds of civilian protesters.

The items were described by MRTV as "handmade weapons confiscated during riots."

Fomin said Myanmar was a reliable ally and strategic partner of Russia in Asia, state-run TASS said, during a visit that came a day ahead of a big parade to mark Myanmar's Armed Forces Day, the military's most prestigious event.

In a video shown on the Russian Defence Ministry's Zvezda TV, Fomin is seen shaking hands and receiving a medal and a ceremonial sword from Min Aung Hlaing in a meeting room full of uniformed military officers.

"And this visit of ours – it's a response to yours."

The visit is the firmest sign yet of Russia's support for the new military rulers in Myanmar, amid outrage in the West and deep concern among its Asian neighbors, some of which have condemned the violence against civilians and urged the restoration of Aung San Suu Kyi's elected government.

Min Aung Hlaing, according to MRTV, told Fomin he was grateful for the visit "amid our political transformational situation and the COVID-19 pandemic."

At least 320 people have been killed in the crackdown on dissent since the Feb. 1 coup, activist groups say.

The United States, Britain, Australia and the European Union have imposed sanctions on the ruling military council and the army's vast network of businesses.

Defense ties between Russia and Myanmar have grown in recent years with Moscow providing army training and university scholarships to thousands of soldiers, as well as selling arms to a military blacklisted by several Western countries for alleged atrocities against civilians.

Russia is the source of at least 16% of weaponry procured by Myanmar from 2014-2019, according to a 2020 study by the Stockholm International Peace Research Institute.

Yadanar Maung, a representative for campaign group Justice for Myanmar, said Russia was legitimizing the junta and called for the international community to impose a global arms embargo.

"Russia is complicit in the military's campaign of terror against the people," Yadanar Maung said.

"We are appalled that Russian officials are traveling to Myanmar to legitimize the illegal military junta."