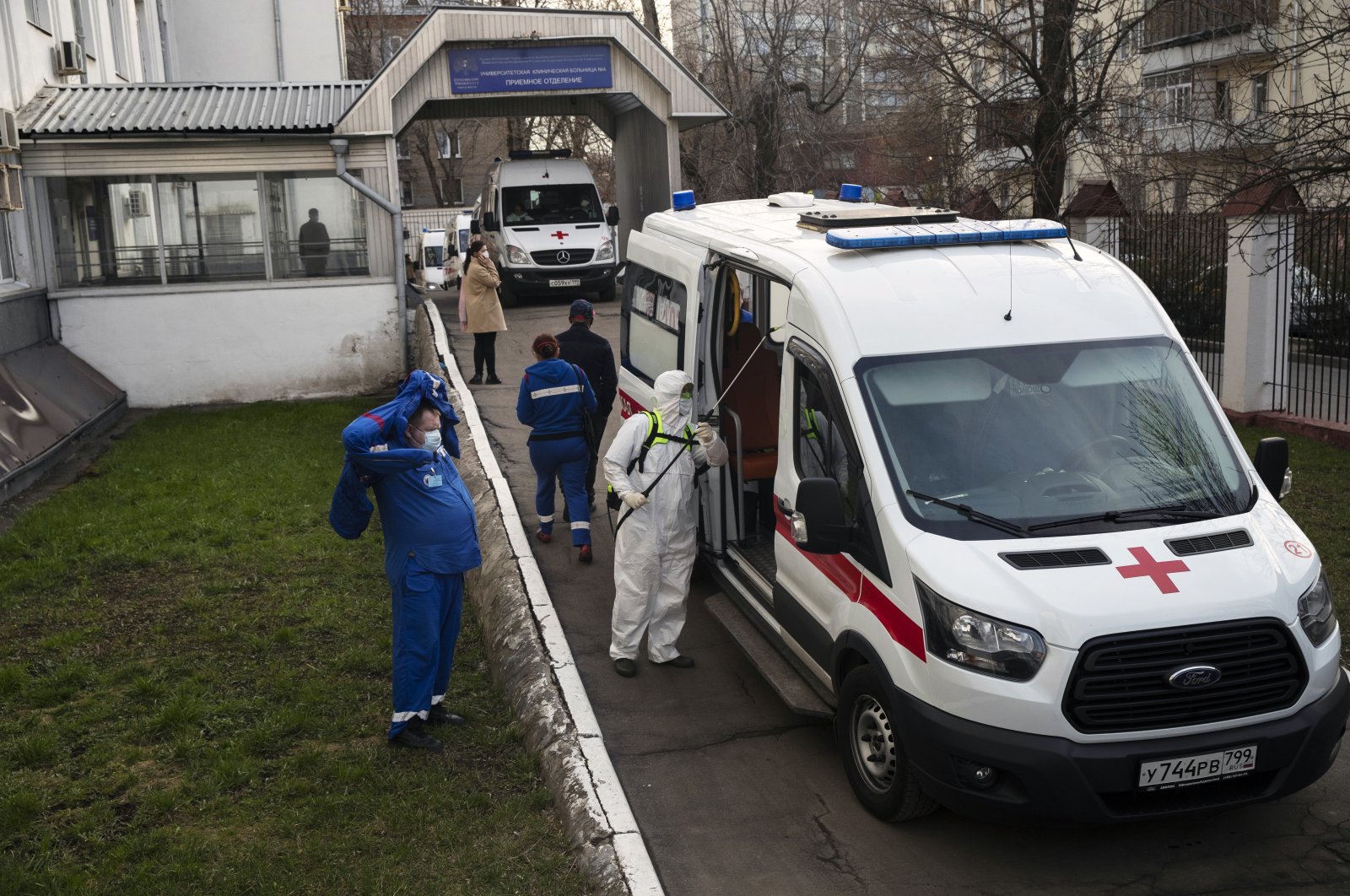 A medical worker disinfects an ambulance after transferring a patient suspected of having the coronavirus to a hospital in Moscow, Russia, April 9, 2020. (AP Photo)
by REUTERS Apr 10, 2020 10:47 am
RECOMMENDED

The coronavirus death toll rose by 18 to 94, the Russian coronavirus crisis response center said in a statement.

The number of confirmed COVID-19 cases has risen for the fifth consecutive day, with nearly 40% of Russia's total caseload reported in the last five days.

Moscow, the worst-affected region, and many other regions are in their second week of a partial lockdown. Residents have been told to stay home unless they need to make essential trips to buy food or access urgent medical care.

Russia recorded far fewer cases of the coronavirus than many Western European countries in the outbreak's early stages, but the number of cases began to rise sharply this month and the virus has now spread well beyond Moscow.

The country's officials until late last month were saying that the situation was under control and that there was no epidemic. Their tone changed, however, after Moscow's mayor, Sergei Sobyanin, who has taken a prominent role in the crisis, cast doubt on the veracity of official figures and said the real situation was much worse than it looked.

Russian President Vladimir Putin told Russia's regional governors to tailor their response measures to meet local needs. Some anti-Kremlin politicians have criticized him for adopting what they say has been a minor role in the battle to contain and slow the spread of the virus.

The Kremlin has rejected those assertions, however, saying the size of Russia, the world's largest country by territory, means it makes sense to give regional leaders considerable leeway when deciding which measures are the most appropriate.

Putin made his third television appearance dedicated to the crisis Wednesday, rolling out economic measures to help businesses hit by the lockdown.