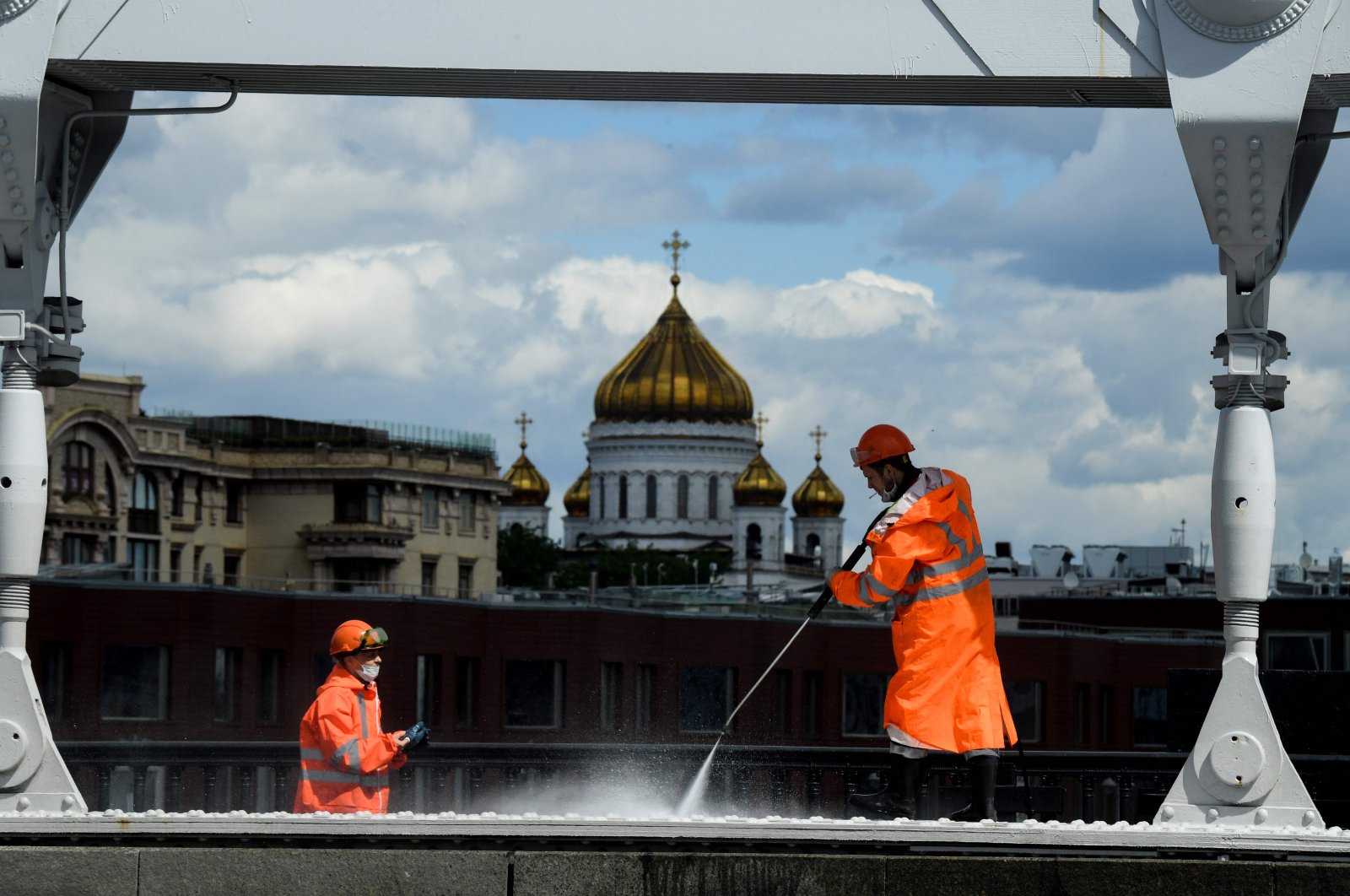 Municipal workers wearing face masks clean Krymsky Bridge across the Moskva river, with the Cathedral of Christ the Saviour seen in the background, in downtown Moscow on May 20, 2020. (AFP Photo)
by Compiled from Wire Services May 22, 2020 11:25 am
RECOMMENDED

Russia on Friday reported 150 new fatalities from the coronavirus in the past 24 hours, a record daily rise, raising the country’s official nationwide death toll from the virus to 3,249.

According to officials, more than 8.1 million tests have been conducted across the country.

Daily increases also soared in the Nizhny Novgorod region with 202 new cases, Krasnoyarsk with 150, Rostov with 138 and Sverdlovsk Region with 135. Officials reported that almost half of the patients showed no symptoms.

Moscow Mayor Sergei Sobyanin on Friday announced the start of the first phase of easing restrictions imposed due to the spread of coronavirus infections. He noted that tough measures introduced in April helped to avoid the worst-case scenarios for the development of the pandemic.

"I believe that in these conditions we can continue the gradual 'opening' of the economy and the resumption of the work of urban organizations," said the mayor.

Sobyanin explained that gloves and masks should be worn not only on trains but at all railway facilities.

Authorities have said the situation is stabilising and half a million industrial and construction workers have been allowed to return to work in Moscow.

One of Russia's most high-profile virus cases, Prime Minister Mikhail Mishustin, returned to work this week after receiving treatment for the illness in hospital.

Russia has recorded far fewer deaths than other countries with large outbreaks, but critics have cast doubt on the low official mortality rate and accused authorities of under-reporting to play down the scale of the crisis.