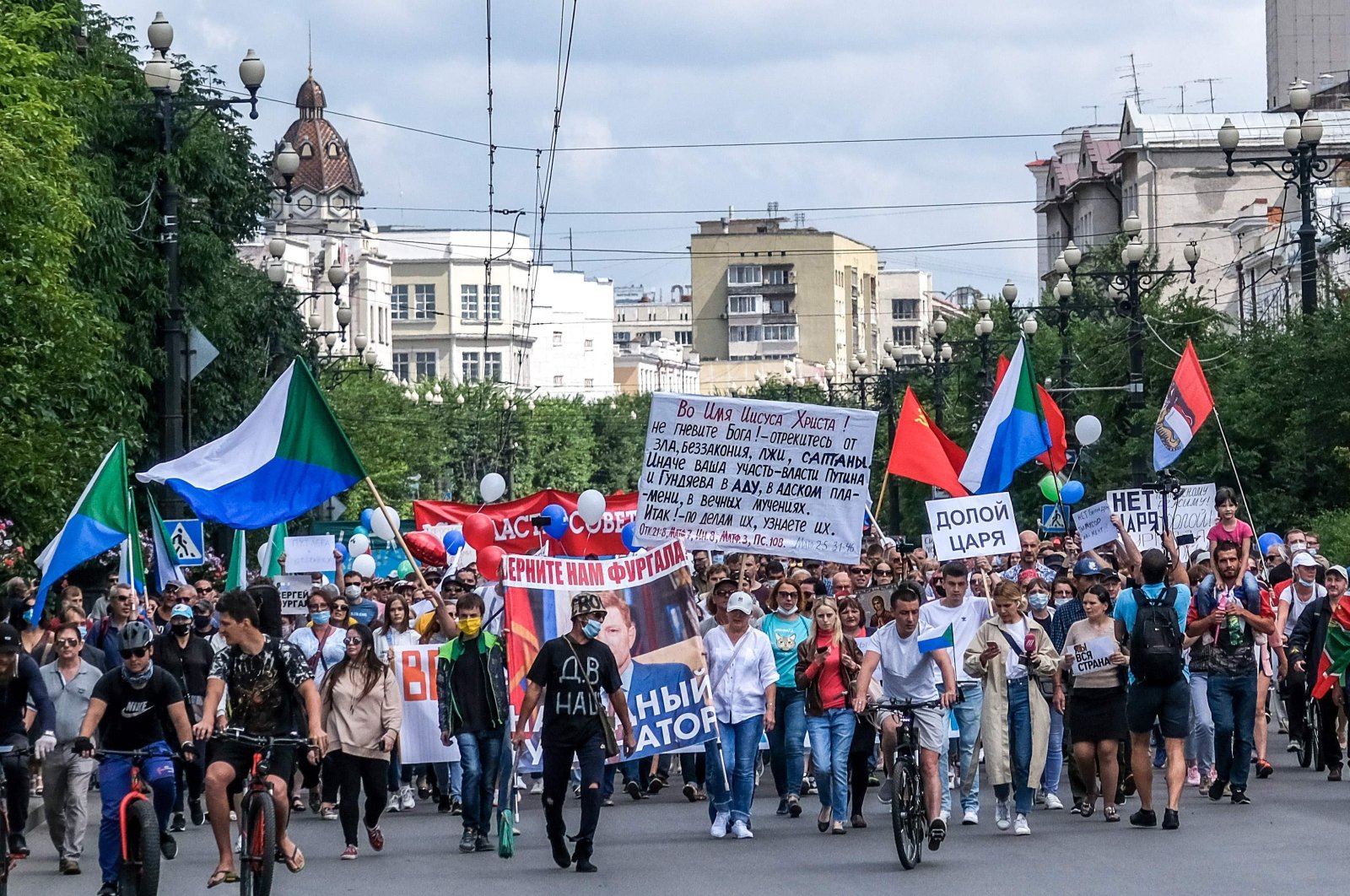 People carry a banner reading "Return Furgal for us," during an unauthorized rally in support of Sergei Furgal in the Russian far eastern city of Khabarovsk on Aug. 8, 2020. (AFP Photo)
by REUTERS Aug 08, 2020 2:19 pm

About 3,000 people joined another march in the Russian far eastern city of Khabarovsk on Saturday in protest over President Vladimir Putin's handling of a local political crisis.

Residents of Khabarovsk, around 3,800 miles (6,110 km) and seven time zones east of Moscow, are protesting for a fifth consecutive weekend against the detention of Sergei Furgal, the wider region's popular governor.

Furgal was arrested on July 9 in connection with murder charges he denies.

His supporters say the detention is politically motivated. It has triggered weeks of street protests, creating a headache for the Kremlin facing a sharp drop in real incomes as a result of the coronavirus outbreak and trying to keep a lid on unrest as the economy stutters.

Reuters images showed people marching with posters reading, "Give us back Furgal" and, "Away with the repressions."