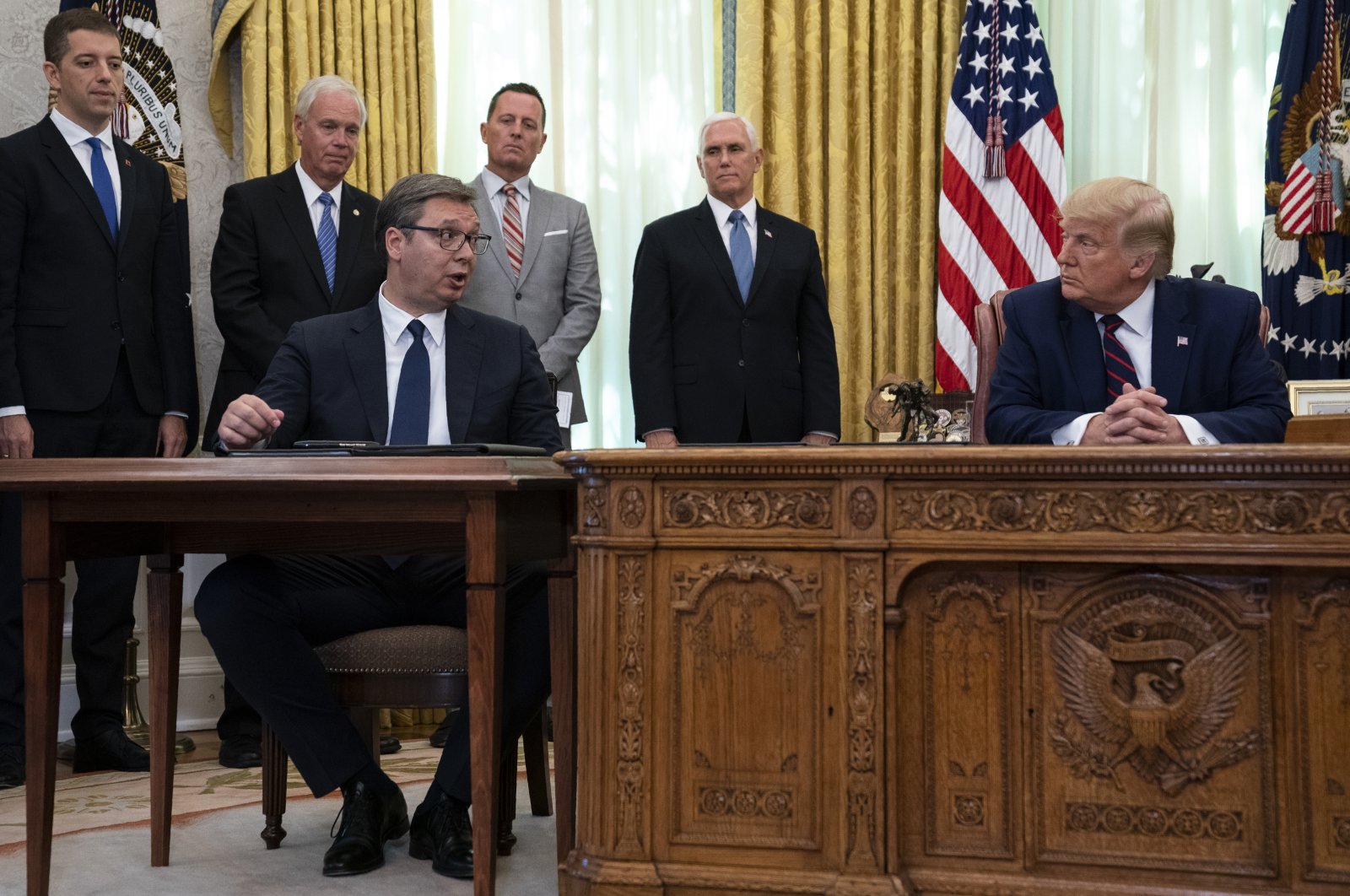 A social media post by Russia's Foreign Ministry spokesperson apparently ridiculing Serbia’s president after he signed a U.S.-sponsored agreement between Serbia and Kosovo has triggered a rare spat between traditional allies Moscow and Belgrade.

She posted it alongside another photo, the iconic scene from thriller "Basic Instinct” showing Sharon Stone being questioned by police as she sits cross-legged in a chair.

"The primitivism and vulgarity she showed says more about her, as well as those who gave her the job,” Vucic told the pro-government Pink TV.

Vucic said while he was in Washington he defended Serbia’s close ties with Russia, including an arms purchase, and refused to impose Western sanctions against Moscow over its policies in Ukraine.

Marko Djuric, an official with Vucic’s ruling party, defended him on Twitter.

"This president did not say a single bad word against Russia, not even in that place (the White House.) ... I will not allow you to attack proud Serbia. Shame on you!” Djuric wrote.

Although formally seeking membership to the European Union, Serbia under Vucic has been forging close political, economic and military ties with Russia and China.

Trump announced Friday that former wartime foes Serbia and Kosovo had agreed to normalize economic ties as part of U.S.-brokered talks that included Belgrade moving its Israeli embassy to Jerusalem, and pledged mutual recognition between Israel and Kosovo.

The announcement provided Trump with a diplomatic win ahead of the November presidential election and furthers his administration’s push to improve Israel’s international standing.

The agreement also calls on Serbia to diversify its energy supplies, which are now fully in Russia’s hands – something unlikely to be approved by Moscow.