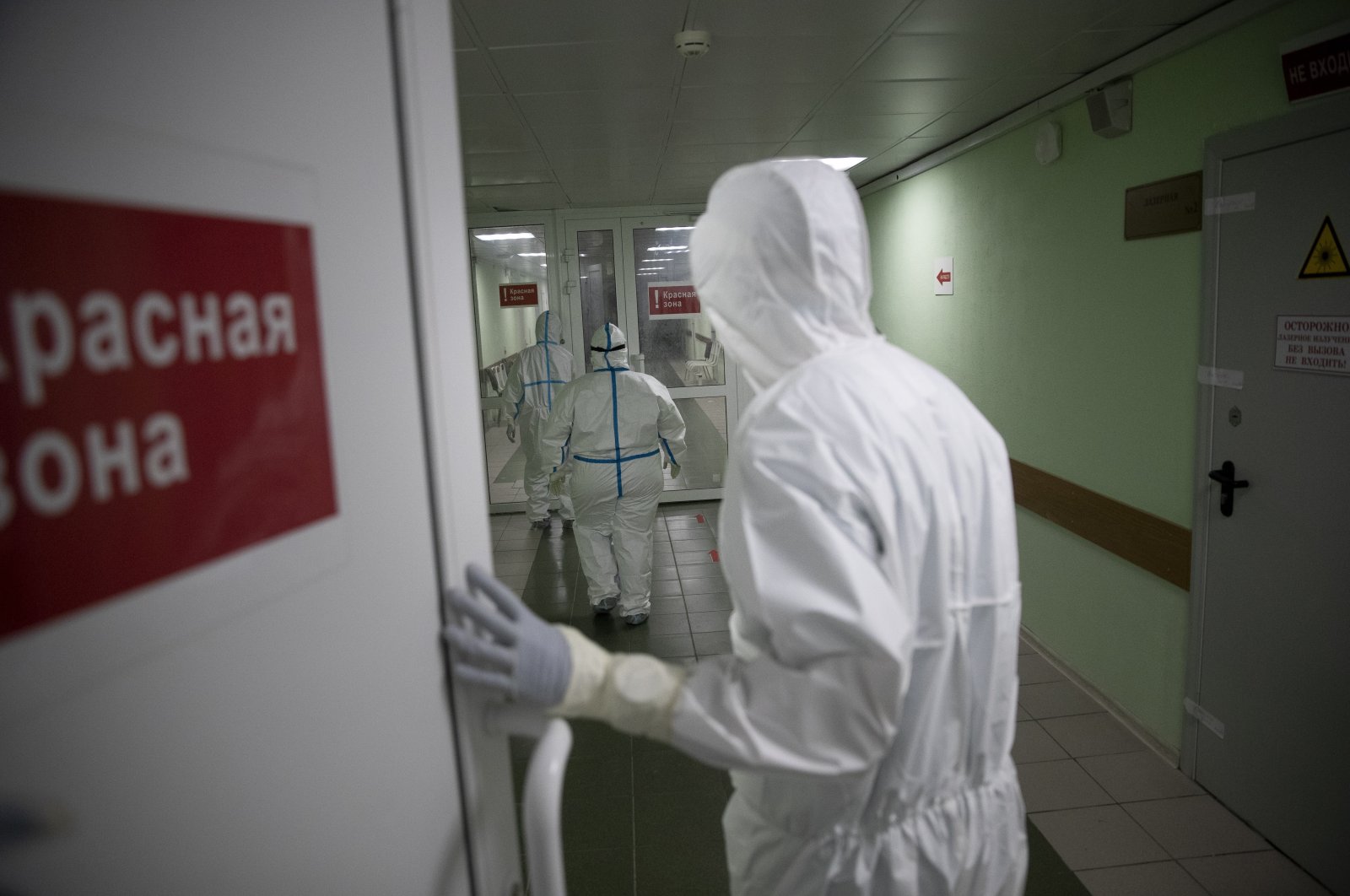 Medics enter a corridor into a red zone of an intensive care unit at Filatov City Clinical Hospital, Moscow, Russia, May 15, 2020. (AP Photo)
by Compiled from Wire Services May 26, 2020 2:06 pm
RECOMMENDED

The Russian governor of Lipetsk, Igor Artamonov, appeared to tell staff to change coronavirus data in the region.

The recording, released on anonymous social media channels on Monday morning, showed a discussion between Artamonov and his subordinates. The governor was trying to convince the staff to change figures, saying, “your numbers need to be changed; otherwise people will think bad about our region.”

During the two-minute conversation, Artamonov said that they “need to correct this, to convince Moscow” and “don’t put the region’s neck on the line.”

The governor also said that "someone’s head needs to be chopped off,” and “don’t tell me you are soft."

In the audio, Artamonov asked who enters the reports and after receiving an answer said: “Well, stop being so soft. Is it really so hard to change the data?”

“Unfortunately, it’s difficult. We will have to call, prove," the subordinate answers and immediately hears the advice, “enter the number on the keyboard and that's it!”

“It’s not in one click; it’s difficult,” said the voice on the other line.

Recently, Artamonov confirmed the authenticity of the recording but insisted that it was misinterpreted. The conversation was not an attempt to understate the numbers, he said. The governor claimed that it was an attempt to correct double reporting on the test results.

“We have three services,” Artamonov told the Znak publication. “Some give data to one place, and others to another ... You get a situation where the figures are not entirely factual if you don’t keep a handle on them.”

According to official data, 1,696 COVID-19 patients were registered in the Russian Lipetsk region on May 25 with 539 recovered while five patients died from the virus. Around 63 new cases were detected in the last 24 hours.

Russia on Tuesday reported 174 new fatalities from the coronavirus in the past 24 hours, a record daily rise, increasing the country’s official nationwide death toll to 3,807.

Russia has recorded far fewer deaths than other countries with large outbreaks, but critics have cast doubt on the low official mortality rate and accused authorities of underreporting to play down the scale of the crisis.