Russian military officer killed by mine blast in Nagorno-Karabakh: ministry 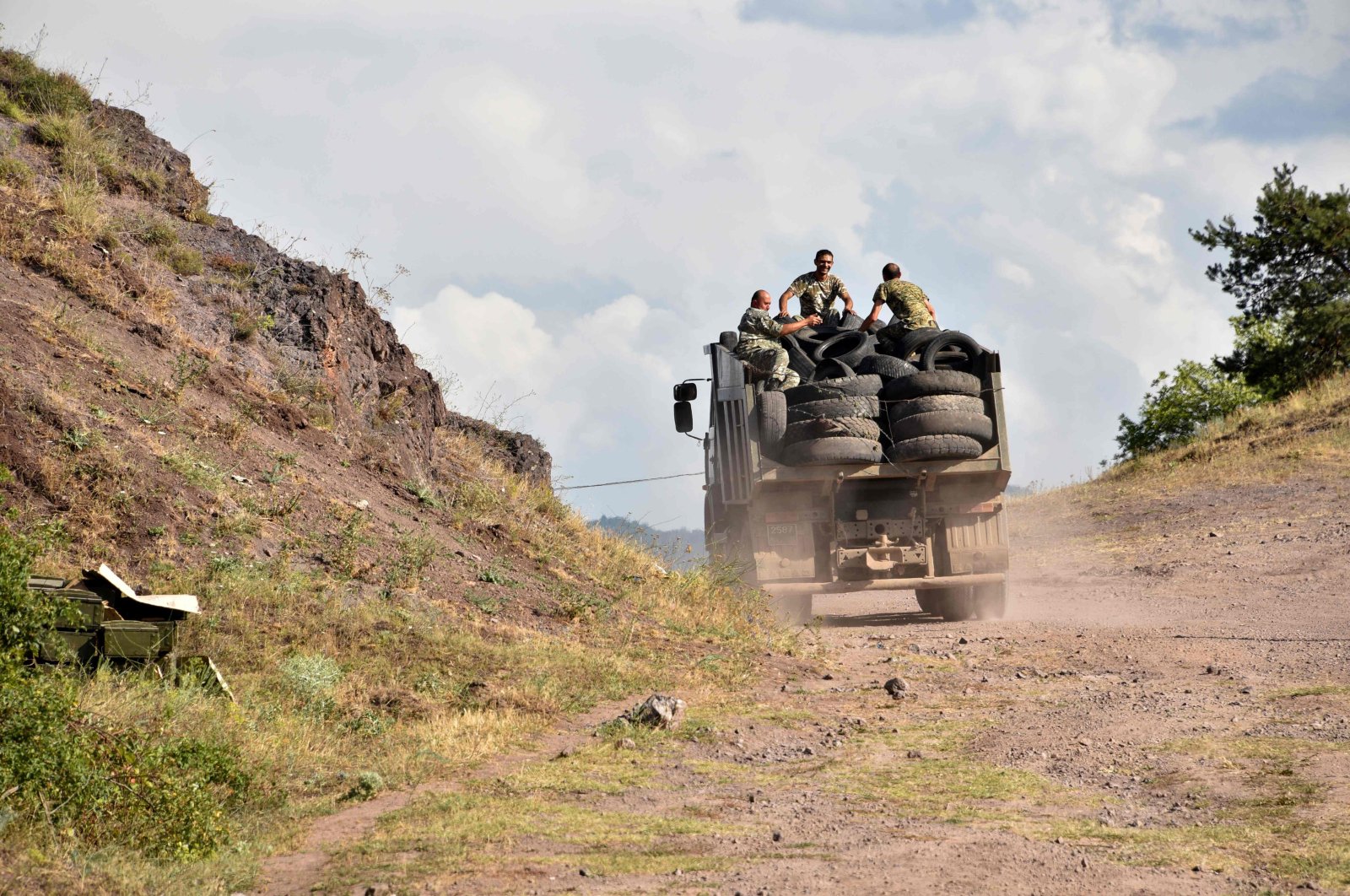 Armenian servicemen transport used tyres in the back of a truck to fortify their positions on the Armenian-Azerbaijani border near the village of Movses on July 15, 2020. (AFP Photo)
by French Press Agency - AFP Dec 18, 2020 10:20 pm

A Russian military officer was killed by a mine blast in Azerbaijan's breakaway region of Nagorno-Karabakh, the defense ministry said on Friday.

It was the first Russian military casualty since Armenia and Azerbaijan ended six weeks of fighting over Nagorno-Karabakh in November and Moscow deployed nearly 2,000 peacekeeping troops there as part of the peace deal.

The Russian officer whose name was not released died on Thursday during mine clearance works on a road near the Karabakh city of Shusha, the defense ministry in Moscow said.

"An explosive device went off," the defense ministry said in a statement carried by Russian news agencies. The officer received serious injuries and died of his wounds on his way to a hospital, the statement added.

In early November, Azerbaijan shot down a Russian military helicopter on its border with Armenia, killing two crew members.

More than 5,000 people including civilians were killed during a conflict between the ex-Soviet enemies that erupted in late September.