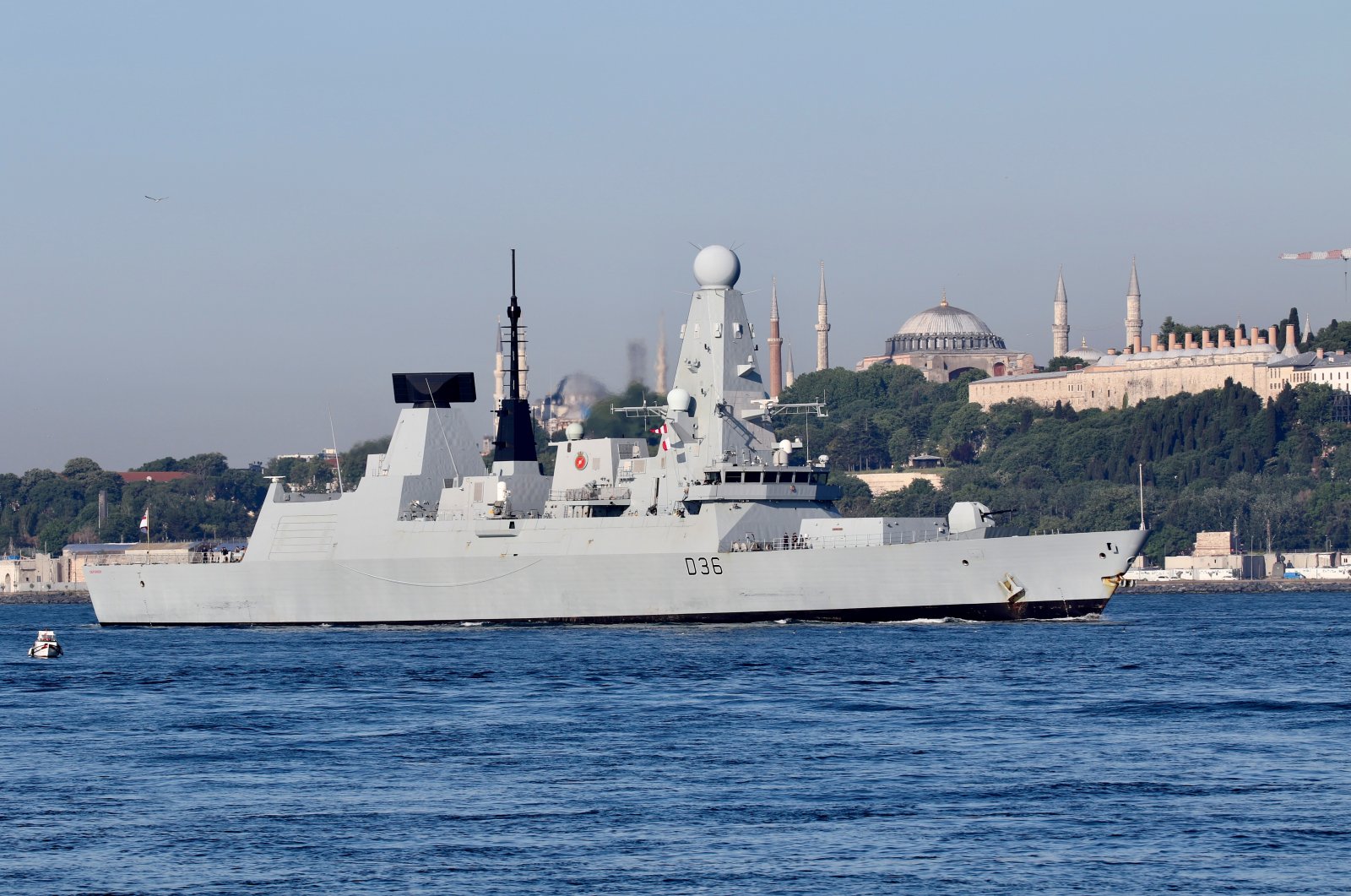 A Russian warship has fired warning shots at a British Navy destroyer in the Black Sea, Russia’s Defense Ministry said, citing a violation of Moscow’s territorial waters for the move.

The HMS Defender "was given a preliminary warning that weapons would be used if the state borders of the Russian Federation were violated. It did not react to the warning," the ministry said, as quoted by the Interfax news agency.

According to the ministry, the incident took place off the coast of Cape Fiolent near Crimea, which Russia annexed from Ukraine in 2014.

The Defense Ministry added that "a border patrol ship fired warning shots" and then a Su-24 aircraft dropped four bombs along the destroyer's path. The ministry said the ship left Russian waters after the shots were fired.

The Royal Navy said earlier in June that the HMS Defender had "peeled away" from its strike group conducting NATO operations in the Mediterranean to carry out "her own set of missions" in the Black Sea.

Meanwhile, Britain said no Russian warning shots were fired at a British naval ship in the Black Sea and did not recognize claims that bombs were dropped in its path.

"We believe the Russians were undertaking a gunnery exercise in the Black Sea and provided the maritime community with prior-warning of their activity," Britain's Ministry of Defense said in a statement on Twitter. "No shots were directed at HMS Defender and we do not recognize the claim that bombs were dropped in her path."

British Defense Secretary Ben Wallace said in a statement that HMS Defender had been carrying out a "routine transit from Odessa towards Georgia across the Black Sea".

"As is normal for this route, she entered an internationally recognized traffic separation corridor," he said, adding that naval ship "exited that corridor safely".

"Russian vessels shadowed her passage and she was made aware of training exercises in her wider vicinity," Wallace said.

The claims come at a time of strained diplomatic relations between London and Moscow, as well as tensions between Russia and the wider NATO western military alliance. UK-Russia ties have been frayed since the radioactive poisoning death of former KGB agent Alexander Litvinenko in London in 2006, and the attempted murder by chemical weapon of ex-Russian double agent Sergei Skripal in Salisbury in 2018.

Britain has also accused Russia-backed hackers of attempting to steal life-saving COVID-19 vaccine research from labs, and has repeatedly called out the Kremlin for alleged abuses of human rights and civil liberties. The government has been vocal about Russian violations in Ukraine as well as Moscow's support for the regime of Alexander Lukashenko in Belarus. Ukrainian Foreign Minister Dmytro Kuleba said that Russia's firing of warning shots demonstrated its aggressive and provocative policy that constituted a threat to Ukraine and its allies.

"A clear proof of Ukraine's position: Russia's aggressive and provocative actions in the Black and Azov seas, its occupation & militarization of Crimea pose a lasting threat to Ukraine and allies," Kuleba said on Twitter. "We need a new quality of cooperation between Ukraine & NATO allies in the Black Sea."

Later after the incident, Russia called on London to "conduct a thorough investigation of the actions of the crew" and said that it was a "gross violation of the UN convention". Russia's foreign ministry said that the British ambassador to Moscow would be summoned over the incident.