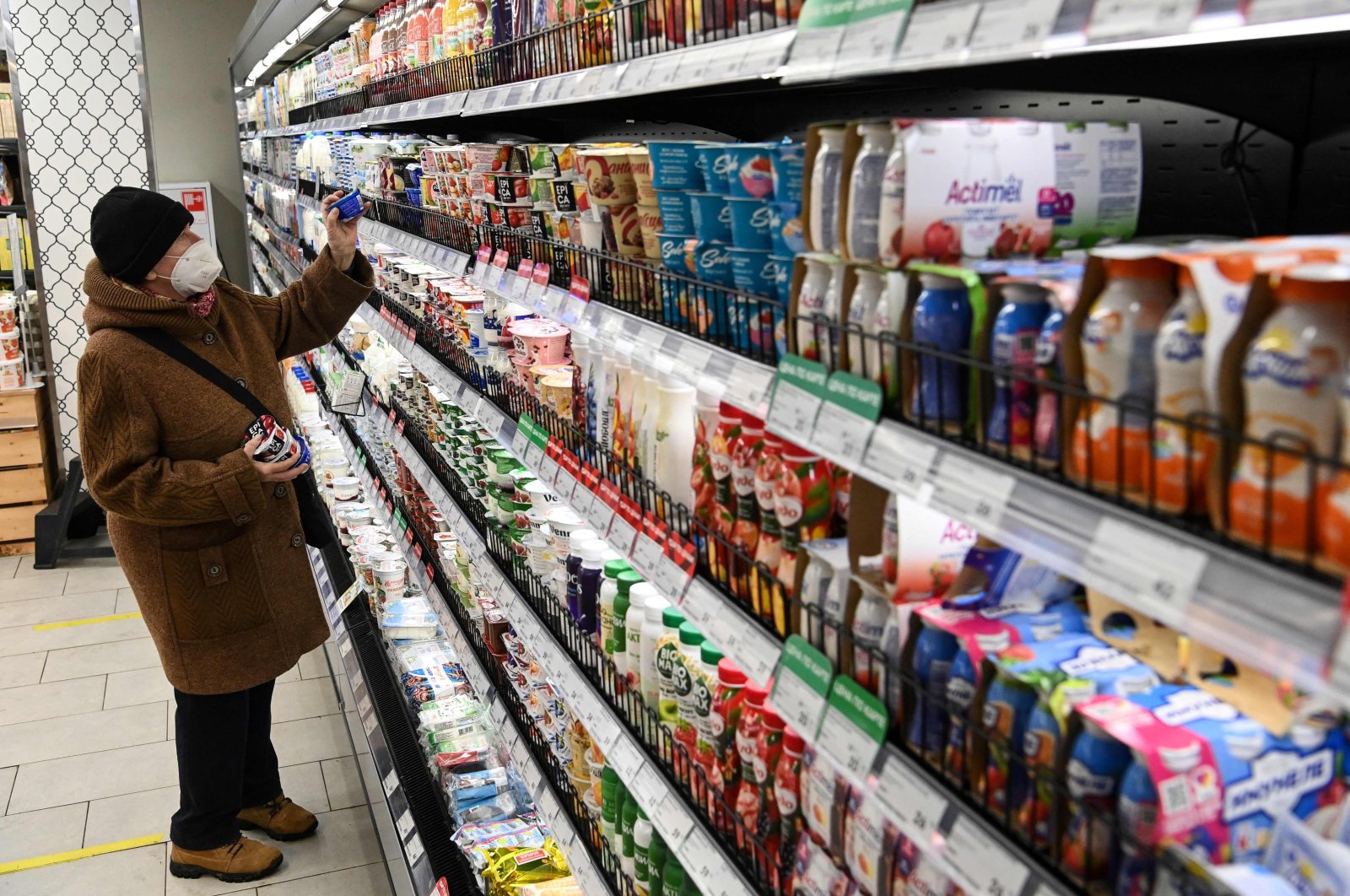 Russians worry they won't be able to serve caviar, 'Olivier' and other delicacies, which are must-haves on their tables during every New Year's celebration, with inflation spiraling to its highest in nearly six years

Walking through a freezing market in Moscow earlier this month, 60-year-old Sergei Borisovich recalled that he rang in the last new year at a table laden with festive delicacies.

This year, the factory worker said a spike in prices meant he would have to forego caviar and other treats so he could afford a bottle of bubbly for the countdown on Russia's biggest holiday.

People are making sacrifices across the country, with soaring inflation pushing up costs and forcing cash-strapped Russians to make difficult decisions around the holidays.

"Everything is getting more expensive but wages aren't going up," said Sergei Borisovich, who was shocked that a loaf of bread now costs 100 rubles ($1.35).

President Vladimir Putin has described prices as a key concern and the embattled opposition is hoping to leverage the economic woes.

This month, inflation reached its highest since 2016, with rising everyday costs hitting hard a population whose average monthly income is 40,402 rubles ($545). Adding to that, some 43% of Russians do not have any savings, according to a recent survey by the recruitment website SuperJob.

Sergei Borisovich said the table this year would be topped only with a salad of potatoes and peas.

"I'll buy some Shampanskoye if I can," he said,s referring to sparkling wine popular during the Soviet Union.

Red caviar, served with bread and butter on New Year's Eve, is the most expensive it has been since monitoring began in 2000.

Ingredients for other holiday dishes like the mayonnaise-rich salad "Olivier" are expected to cost 15% more than last year, Russian media has reported citing statistics agency Rosstat.

"Herring Under a Fur Coat" – a layered dish of pickled herring and beetroot – will set Russians back 25% more than last year.

Living standards in Russia have been gradually decreasing since Moscow was slapped with a slew of Western sanctions in 2014 over its annexation of Crimea from Ukraine. Now, the dip is accelerating, hitting even those in Moscow, the wealthiest city.

Karina Strukova, an engineer on maternity leave, says the trend forced her to stop buying groceries from the upmarket Vkusvill grocery chain in favor of the lower-cost Magnit stores.

The 30-year-old told Agency France-Presse (AFP) her grocery bill had grown by as much as 25% since last year.

"We're trying to cut back on spending a bit because we don't have any other source of income," she said. "We're buying fewer gifts and going to cheaper shops."

Kremlin critic Alexei Navalny, controversially jailed earlier this year on a fraud charge, said he had even felt the pinch behind bars. He wrote on Instagram that food prices have gone up by at least 40% in under a year at a shop where he is allowed to spend 9,000 rubles ($120) a month to supplement his meals.

"The great inflationary tragedy that pensioners are going through is unfolding before my eyes," he wrote.

Polls have shown that decreasing purchasing power is a major concern for Russians, affecting trust in authorities and Putin's approval ratings. To curb galloping prices, the government has introduced price caps and export quotas, while the central bank has repeatedly hiked its key interest rate.

The Russian leader has described inflation as "the main problem today for both the economy and citizens" and instructed officials to pull it back from over 8% to 4% in the coming year.

But many causes of inflation are global, stemming from spending on post-pandemic recovery and disruptions in supply chains, said Igor Nikolaev of the Institute for Strategic Analysis at FBK Grant Thornton Russia.

The situation is made worse in Russia, he said, where there are not enough market players to push prices down.

"When there isn't enough competition, there's no mechanism preventing producers and sellers from increasing the prices," Nikolaev added.

At the market to buy gifts for her grandchildren, 88-year-old pensioner Svetlana Knyazeva says people can get used to anything.

According to the survey by SuperJob, every second a Russian is annoyed by the increased food prices in the country. Out of 1,600 Russians, who took part in the survey, some 25% said they are dissatisfied with the rise in prices.

According to the research, 17% of Russians are frustrated with the dynamics of gasoline prices, 11% for housing and communal services. The respondents also complained about the rise in the cost of travel in transport (5%), medical services and medicines (4%), household goods and household chemicals (3%). Some 2% of Russians are nervous about the rise in prices for housing, building materials, clothing and footwear.

Earlier, Natalya Safina, an economist and the head of the Macroeconomic Analysis and Financial Markets practice in the Center for Strategic Research, said that prices would stop rising in Russia. According to her, if fears about the omicron strain of coronavirus are not justified, then a return to the target of 4% inflation is possible by early 2023. If a new wave of a pandemic begins, inflationary pressures will continue for a longer time.

“This is a complex process that requires a very complex, large, constant work, which, in fact, is what the Cabinet of Ministers is doing,” he told reporters, according to Russian news site Lenta.ru.

Another Russian media outlet Secret Firmi reported that Russian citizens have withdrawn a record amount of currency from the banks. The report asserted that balances on foreign currency accounts and deposits of Russians in November decreased by $2.55 billion, or 2.7%, compared with October.

The reasons for the outflow of money were the active trips of citizens abroad during the lockdown and the growth of rates on ruble deposits, the experts from Moscow-based Russian media group RBC explained. This is the first tangible decrease in indicators since March 2021, the central bank noted.

Citizens withdrew $1.3 billion from their foreign currency accounts. The balances in them decreased by 3.5%, to $36.8 billion. The volume of funds of individuals on time deposits in dollars and euros decreased by $1.2 billion, or 2.1%, and amounted to $55.9 billion.

The last time the Russians were so actively withdrawing foreign currency from banks was at the beginning of the pandemic. In March 2020, they took a record $5 billion from accounts and deposits. This was 5.3% of all foreign exchange reserves at the time.