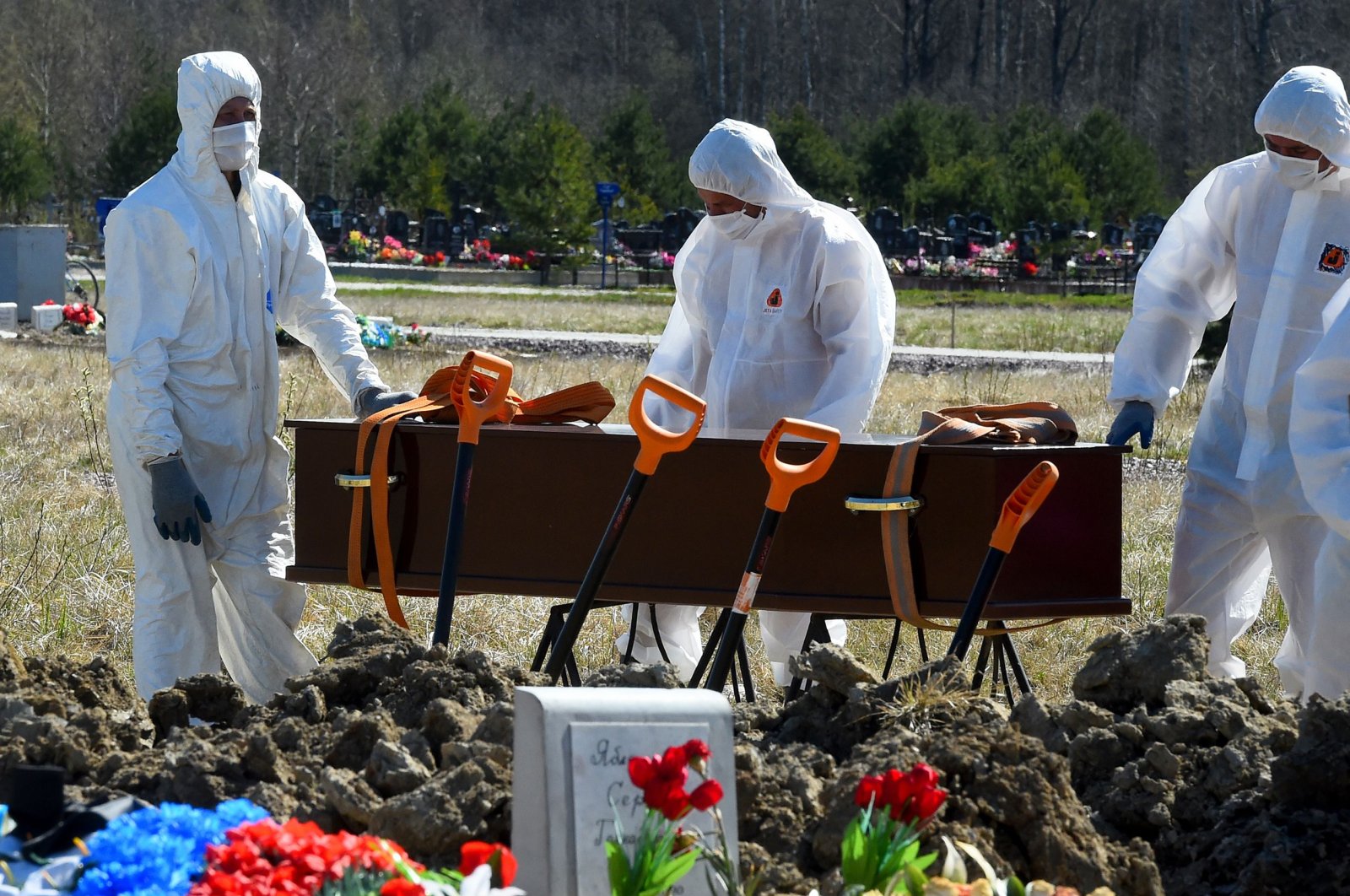 Cemetery workers wearing protective gear bury a coronavirus victim at a cemetery on the outskirts of Saint Petersburg, Russia, May 6, 2020. (AFP Photo)
by Agencies May 09, 2020 11:26 am
RECOMMENDED

Russian authorities said Saturday they had recorded 10,817 new cases of the coronavirus over the last day, pushing the nationwide tally to 198,676.

The number of Russian coronavirus cases overtook French and German infections this week to become the fifth-highest in the world.

Russia's outbreak got off to a slower start than many other countries. However, cases began to sharply rise last month, recording nearly 75,000 infections in the past seven days.

Although Russia is rising up the list of nations with the highest number of confirmed cases, it has so far recorded far fewer deaths than many of the hardest-hit countries.

Putin has warned the peak of the outbreak has yet to come, while authorities have said there could be a new spike in cases if the population flouts lockdown measures during long public holidays in early May.

The vast country has been on lockdown since Putin announced the closure of most public spaces in late March to limit the scope for the virus to spread.

The coronavirus pandemic has scuttled Russian President Vladimir Putin's plan to mark the 75th anniversary of the end of World War II in Europe on Saturday with a massive Red Square parade involving top foreign leaders. The big show was intended to emphasize a decisive role the Soviet Union played in the war and underline Moscow's global clout.

The defeat of the Nazis, which Russia marks on May 9 as Victory Day, is the nation's most important holiday, lavishly celebrated across the country with annual military parades, fireworks and other festivities.

In a slimmed-down celebration, Putin will lay flowers at the Eternal Flame war memorial outside the Kremlin walls and deliver a speech.