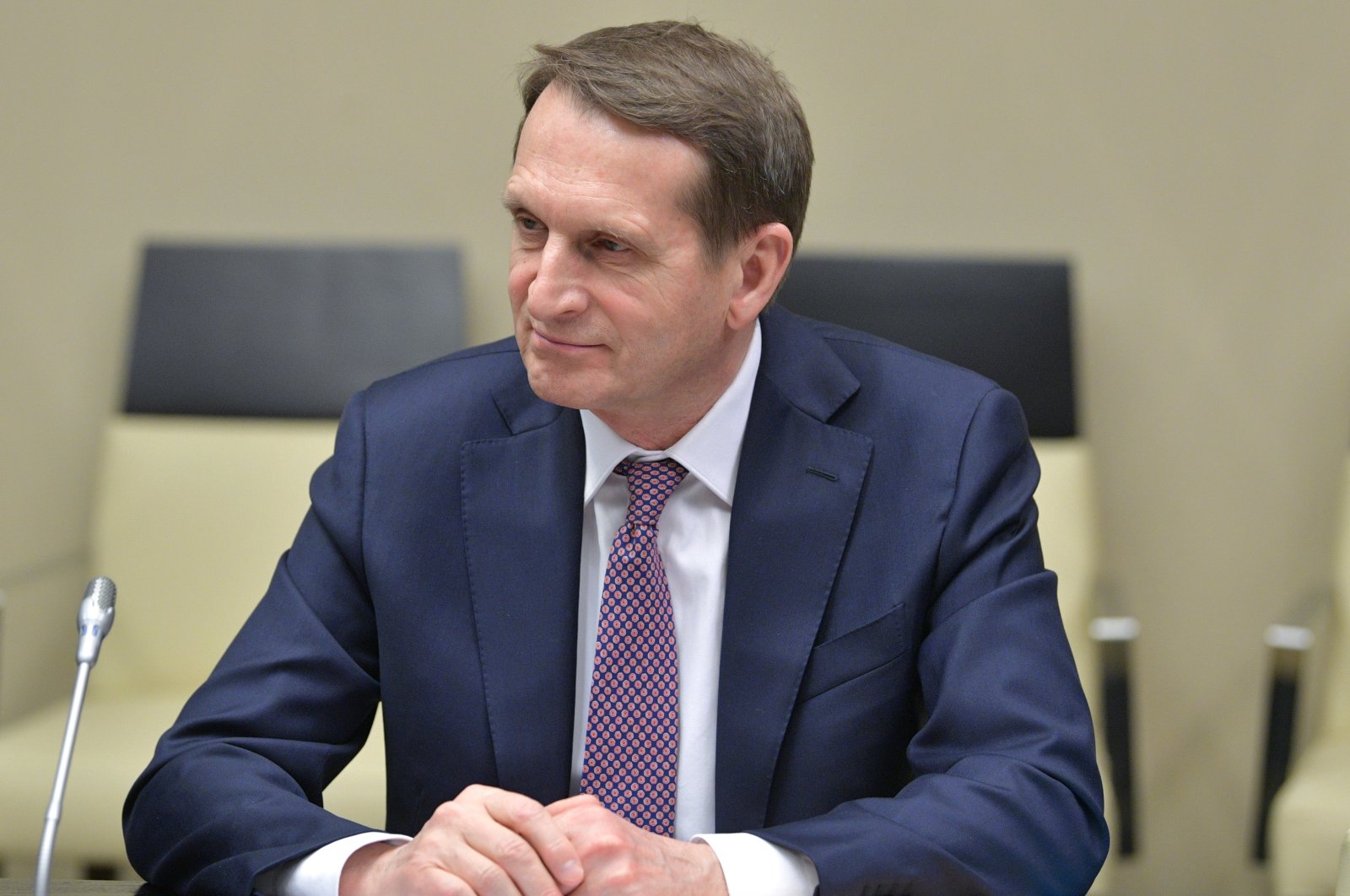 Russia's intelligence chief on Wednesday accused the United States of fomenting massive demonstrations against Belarus' authoritarian president that have entered their sixth week.

Protesters in Belarus are seeking the resignation of Alexander Lukashenko, denouncing his landslide reelection in the Aug. 9 vote as rigged and demanding an end to his 26-year rule.

The U.S. and the European Union have criticized the election as neither free nor fair and urged Lukashenko to start talks with the opposition – a call he has rejected.

Sergei Naryshkin, director of Russia's Foreign Intelligence Service, claimed in a statement carried by Russian news agencies Wednesday that the U.S. has funded the Belarusian opposition and encouraged the protests.

"It effectively amounts to a thinly veiled attempt to stage another ‘color revolution’ and an anti-constitutional coup, the objectives and tasks of which have nothing in common with interests of citizens of Belarus,” Naryshkin said in a reference to the color-coded uprisings that swept out unpopular leaders in Ukraine and other ex-Soviet nations.

Naryshkin added that his agency has information that "the U.S. is playing a key role in the current developments in Belarus.” He alleged that the U.S. has earmarked tens of millions of dollars to finance Belarus' opposition groups. The U.S. Embassy in Minsk had no immediate comment.

The Western pressure has pushed Lukashenko to further cement ties with Russia, his main sponsor and ally. The neighboring countries have a union agreement and maintain strong political, economic and military ties.

Russian President Vladimir Putin announced a new $1.5 billion loan to Belarus on Monday when he hosted Lukashenko for four hours of talks in the Black Sea resort city of Sochi. The Belarusian opposition has condemned Moscow for offering the Belarusian strongman a financial lifeline, warning that it would tarnish future ties between the countries.

Asked about the Kremlin's view of a proposal from Belarusian main opposition challenger, Sviatlana Tsikhanouskaya, to offer Lukashenko security guarantees if he agrees to step down, Peskov responded that Belarus' leader doesn’t need any.

"Lukashenko is the legitimate president of Belarus,” Peskov said in a conference call with reporters. "I don't think that he needs any security guarantees in his own country.”

Naryshkin charged that the U.S. has taken Tsikhanouskaya, who moved to Lithuania after the vote under the authorities pressure, and other Belarusian opposition activists under its "close patronage” to promote them as future leaders of the country.

In a bid to rally Moscow's support, Lukashenko has engaged in similar rhetoric, accusing the West of fueling the protests in a bid to isolate Russia. During the Sochi meeting with Putin, he offered to plan more joint military drills to counter what he claims are hostile plans by NATO.

Earlier this week, Russian paratroopers deployed to Belarus for the drills that will run through Sept. 25 near Brest, on the border with Poland.