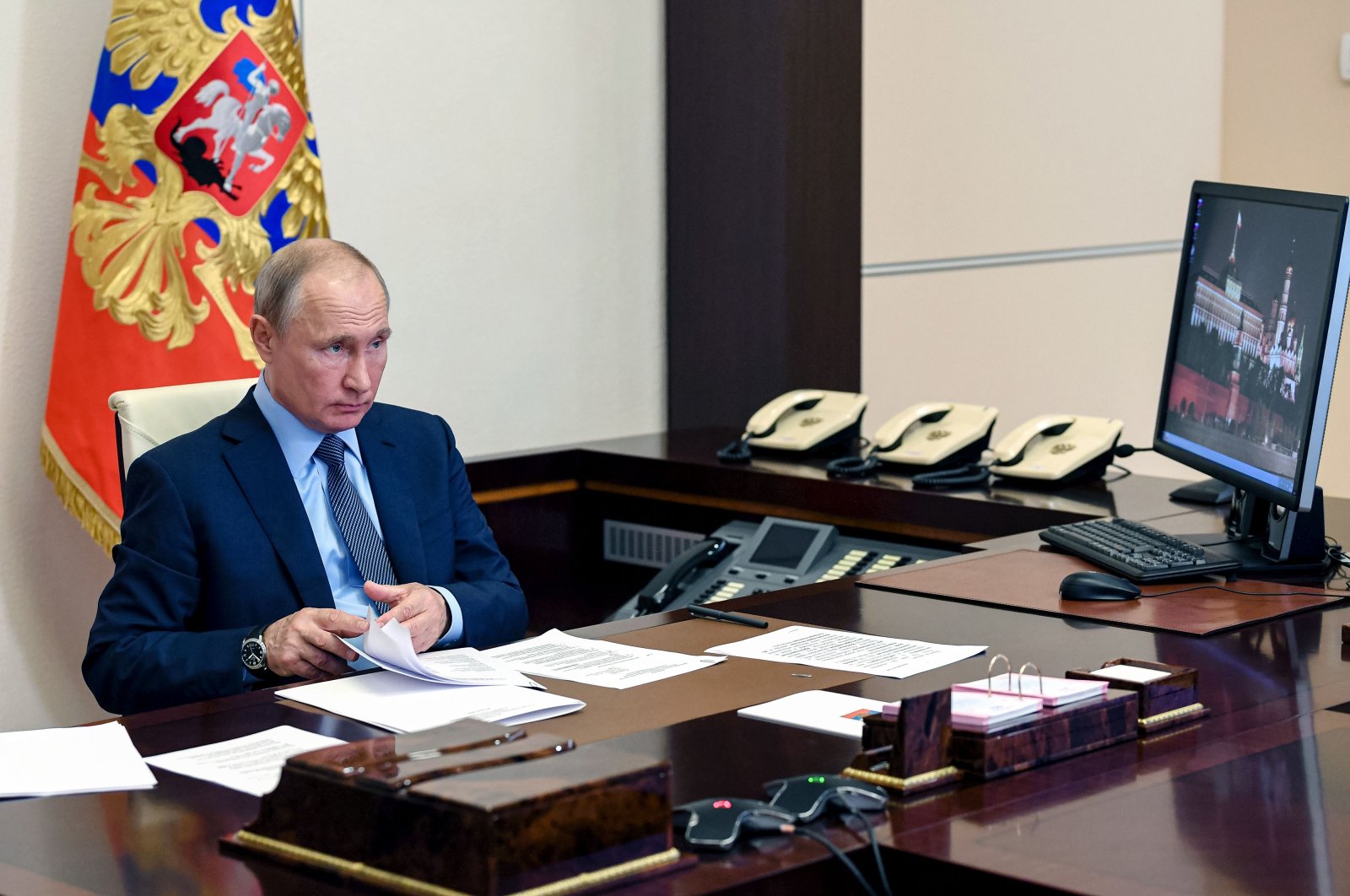 Thousands of Russian troops will march in Moscow on Wednesday as President Vladimir Putin brushes off virus fears to host a World War II commemoration ahead of a crucial vote on his rule.

The military display in Red Square to mark 75 years since the Soviet victory in World War II had been scheduled for May 9 but the Kremlin postponed it citing requests from veterans, as coronavirus cases shot up.

Putin rescheduled the event as soon as lockdown measures eased, keen to move on from an outbreak that has hit his country hard.

With more than 8,000 recorded fatalities and around 580,000 confirmed COVID-19 infections, Russia has the pandemic's third-largest caseload after the United States and Brazil.

The parade coincides with the anniversary of the first post-war parade on Red Square, which saw Soviet troops throw down Nazi standards in front of the Lenin mausoleum on June 24, 1945.

It comes just a week ahead of a national vote on constitutional amendments that would allow Putin, in power since 2000, to reset his term-limit clock to zero and stay in the Kremlin until 2036.

The parade will be Putin's first major appearance in public since the pandemic, after he attended an open-air flag-raising ceremony on June 12.

The 67-year-old will survey a display of modern military might involving over 13,000 troops, with more than 20 items of hardware on display for the first time, including Tosochka flame-throwers, T-90M tanks and Buk-M3 surface-to-air missile systems.

Vintage vehicles such as the workhorse T-34 tank will also be on display and some troops will wear World War II uniforms.

Putin, whose 2-year-old brother died as Nazis encircled Leningrad, has sought to associate his regime with the most revered aspect of the Soviet era: wartime victory.

Ahead of the parade, he slammed the West for "insulting Russia" by playing down the USSR's role in winning the war.

While Putin has pushed for the parade, some have voiced fears over the risk of infection, with mass public events still formally banned in Moscow.

The event will see troops from 13 countries including China and India marching and more than 200 military vehicles rolling down central streets.

More than a dozen Russian cities and regions have opted not to hold parades on the same day, citing virus risks, although events will go ahead in cities including Saint Petersburg and Volgograd.

Showing jitters, both Moscow Mayor Sergei Sobyanin and Kremlin spokesman Dmitry Peskov have advised people to watch it on television rather than attend in person.

"Why in hell are you holding it if you don't recommend going?" top opposition politician Alexei Navalny asked in a live blog.

At rehearsals, troops were wearing masks and rubber gloves but they will not do so on the day, an army source told Agence France-Presse (AFP).

Preference was given to troops with virus antibodies, the defense ministry said.

Seated at intervals in the stands will be veterans who have been quarantined ahead of the event in sanatoriums, Putin's spokesman Peskov said.

French President Emmanuel Macron and Chinese counterpart Xi Jinping are among international leaders who were initially set to attend but have since canceled.

However, Belarusian leader Alexander Lukashenko and Chinese defense minister Wei Fenghe are expected to be there.

Putin has angered some by fast-tracking the parade and the constitution vote while he remains carefully shielded from the virus.

The opposition slammed him for timing the vote to benefit from a mood of patriotism straight after the parade.

Navalny questioned why "this fraudulent, fake vote has to be dressed up with victory celebrations and victory symbols like tinsel."

One Moscow billboard urging Russians to vote shows a little girl in World War II uniform with the slogan: "We'll protect the memory of our ancestors."

The constitutional amendments proposed by Putin include one honoring war victims and defending "historic truth."