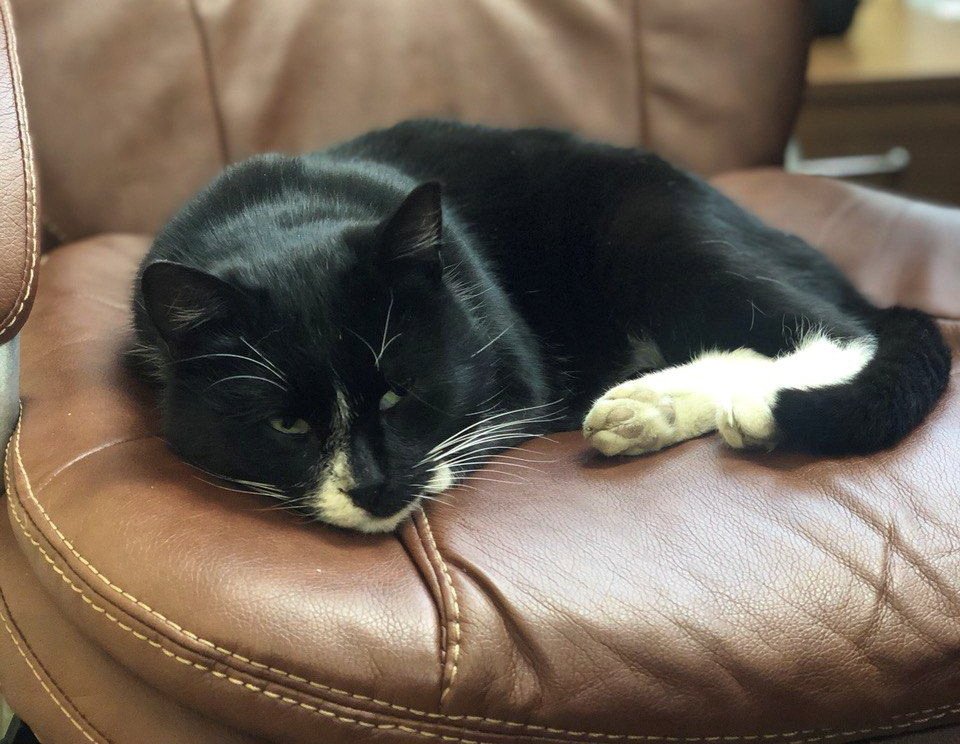 A cat rescued by a worker of a waste sorting plant lies in a swivel chair in the office of the environment ministry in Ulyanovsk, Russia, in this handout photo released Dec. 24, 2020. (Reuters Photo)
by Reuters Dec 25, 2020 12:32 pm
RECOMMENDED

When a worker at a Russian waste-sorting plant rescued a cat from imminent death, he had no idea it would end up with an honorary title and napping in a government official's chair.

Surveillance footage at the plant in Ulyanovsk, a city located around 700 kilometers (435 miles) southeast of Moscow, on Monday showed worker Mikhail Tukash scooping up a white plastic bag from a conveyor belt and slashing it open to discover a black and white male cat inside.

"I felt something soft inside the bag," Tukash, who was honored by local authorities for the rescue, told the tabloid Moskovsky Komsomolets. "I cut the bag open slightly, and I saw eyes looking back at me."

The cat's rescue, broadcast on television and on social media, has made him a local celebrity. He has been adopted by the Ulyanovsk region's environment ministry and unofficially given the position of deputy environment minister.

"The cat was on the brink of death," the ministry said on Wednesday. "A little longer and it would have ended up in the trash separator."

Pictures from the ministry showed the cat napping in a swivel chair in the office of Environment Minister Gulnara Rakhmatulina and exploring its new home.

The ministry has announced a nationwide contest to choose a name for the cat, which it said was found to be in good health after a vet examined him.

"I want to appeal to pet owners: Remember that you are responsible for those you have tamed," Rakhmatulina said. "If you can't keep your pet at home, you can always leave it in good hands or at a shelter."