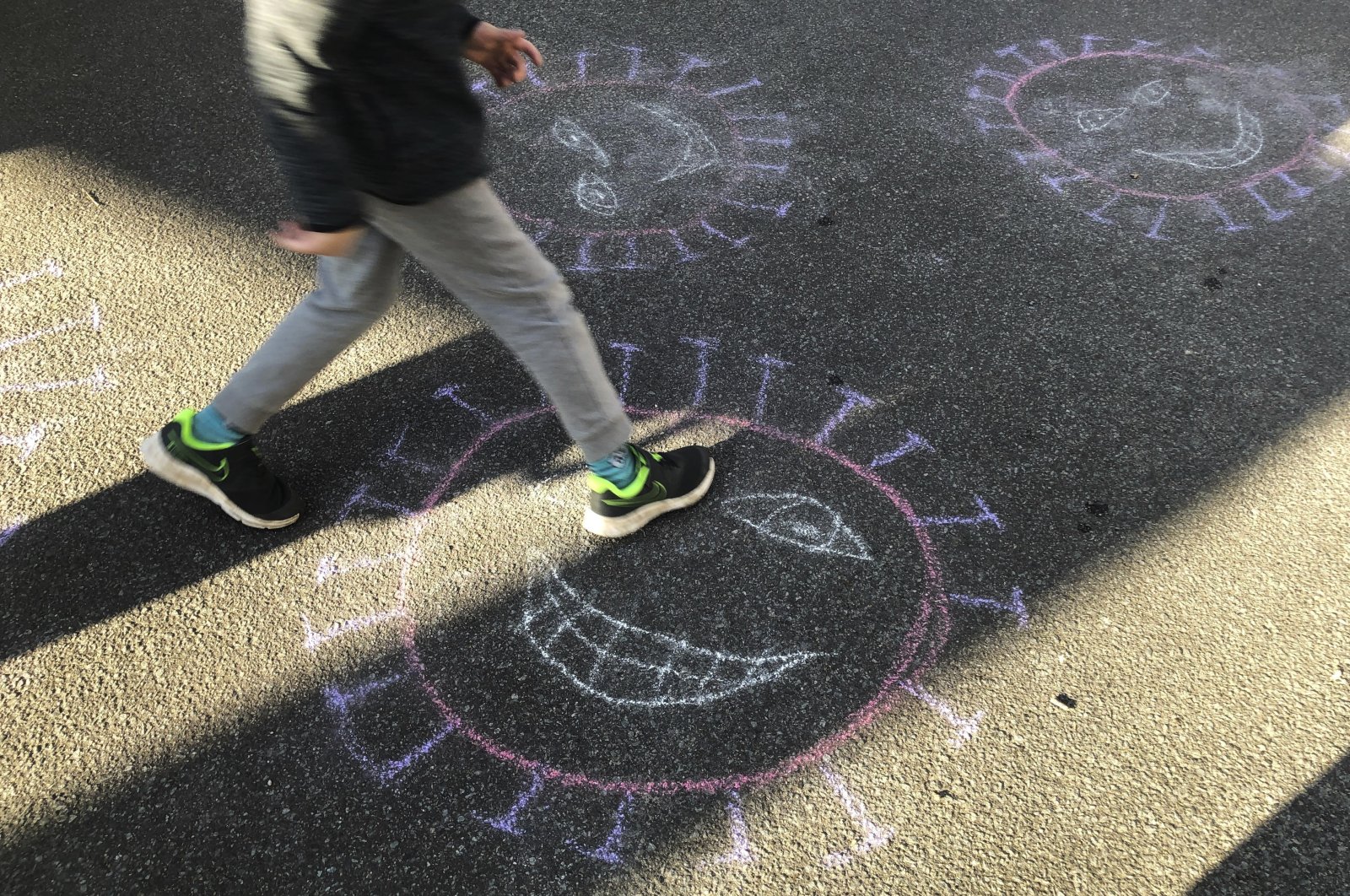 An artistic crayon depiction of the coronavirus painted by children on a street in Berlin, Germany, April 14, 2020. (AP Photo)
by Compiled from Wire Services Apr 15, 2020 5:56 pm

Schools in Germany will start reopening from May 4, beginning with pupils who are due to graduate, those who have exams in the coming year and the oldest primary school classes, as reported by the German Press Agency (DPA).

Germany has the fifth-highest tally of reported COVID-19 infections in the world, ranking behind the U.S., Spain, Italy and France.

The country's death toll from COVID-19 rose to 3,502 on Wednesday, surpassing those reported by China, where the pandemic began in December.

But the rate of new infections has continued to slow and remained below 3,000 for a third consecutive day.

The number of people infected with the virus stands at 132,321, according to data analysis firm Risklayer and the Karlsruhe Institute of Technology, which compile real-time figures from nearly 400 local authorities.

Germany's disease control agency, the Robert Koch Institute, has reported that nearly 72,600 people have recovered from the virus so far.