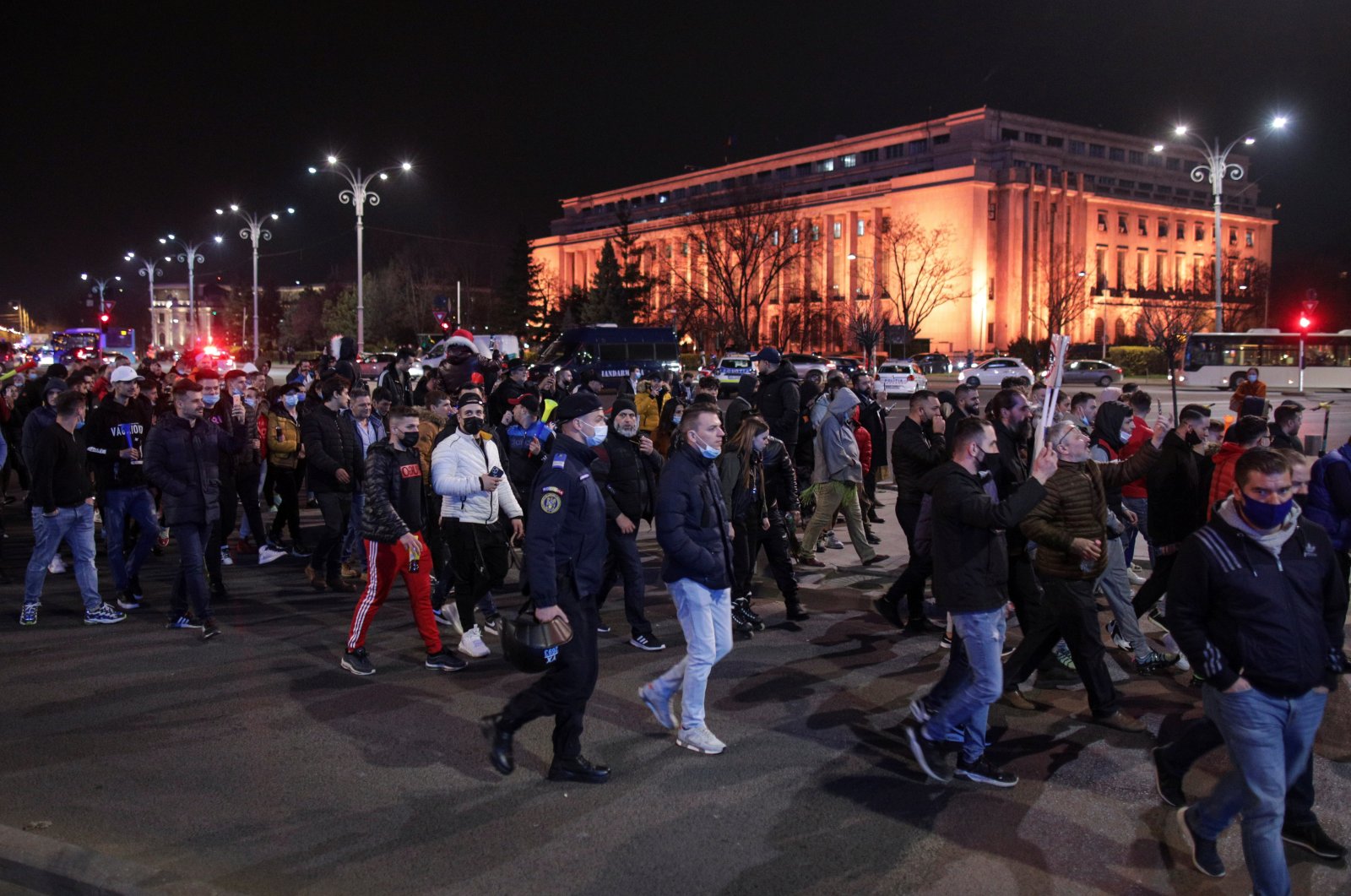 Thousands gathered in Romania's main cities for a third day running on Tuesday, rallying outside government offices in Bucharest to demand an end to coronavirus restrictions including a curfew enforced by the centrist government.

Seeking to rein in a rapid spread of the virus over the past weeks in what they call a third wave of the pandemic, authorities extended the start of a night-time home confinement by two hours to 8 p.m. on Sunday in cities with infections above 4% per 1,000 people.

Protesters, many unmasked, called on the three-month-old cabinet of Prime Minister Florin Citu to quit and lift a months-long state of alert implying mandatory use of face masks at all times outdoors and indoors, travel curbs and business closures.

"Down with government," "Freedom, freedom," "Down with the dictatorship," they shouted. Many blew vuvuzela horns and raised Romania's flags in the Bucharest rally, which was also backed by an ultra-nationalist parliament group, and conspiracy movements.

In a speech referring to the need to keep restrictions, President Klaus Iohannis said: "There is no other choice to halt a rampant increase in the number of infections, which would lead to the blockage of the health system ... The virus has no political color, no opinions."

Romania spends the least on health care in the European Union, Eurostat data showed. On Tuesday, it joined a list of 22 other countries to back an idea to create an international treaty that would help the world deal with future health emergencies ravaging the globe.