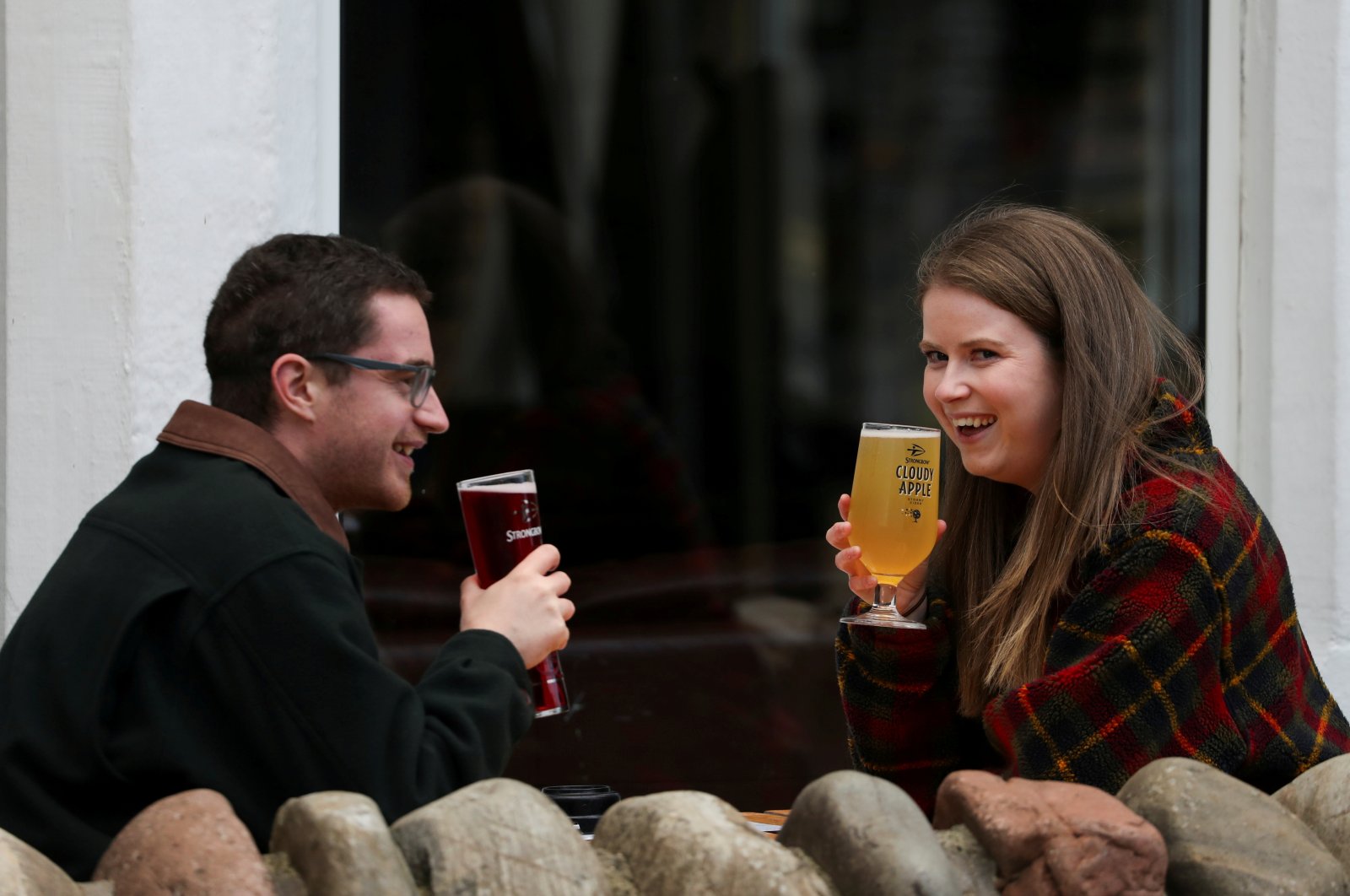 The Scottish government on Wednesday banned pubs and restaurants from serving alcoholic beverages indoors as part of measures to curb the spread of the coronavirus.

Scotland's First Minister Nicola Sturgeon announced the measures in the Scottish parliament, saying it was a "short, sharp action to arrest a worrying increase in infection" aimed at keeping business and schools open over the winter.

The measures will come into force from this Friday at 6 p.m. local time (1600GMT) and will last for 16 days.

Pubs, bars, restaurants, and cafes will only be allowed to be open from 6 a.m. to 6 p.m., and only to serve food and non-alcoholic drinks. They will, however, be able to serve alcohol outdoors until 10 p.m.

Cases are rising most quickly in the central belt, which includes Scotland's largest city Glasgow. In the central bely, all licensed premises will be shut both indoors and outdoors.

Takeaways will still be allowed, and cafes that do not serve alcohol can stay open until 6 p.m.

"The presence of alcohol can of course affect people's willingness to physically distance," Sturgeon said.

In the central belt, people will also be asked to avoid public transport and not travel outside this area unless they must. Scots who have booked half-term holidays will still be allowed to go, however.

Sturgeon pledged 40 million euros ($52 million) in aid to businesses affected by the measures over the next 16 days.

Coronavirus restrictions were already tighter in Scotland than England, and the measures were not welcomed by businesses.

Liz Cameron, the chief executive of the Scottish Chambers of Commerce, said there was a "complete and utter lack of consultation with business."

"These measures will sound the death knell for businesses across the hospitality sector, especially pubs and bars. Restaurants and hotels, whilst remaining open, will also be constrained on what they can provide and this will place a large dent in their already reduced income," she said.