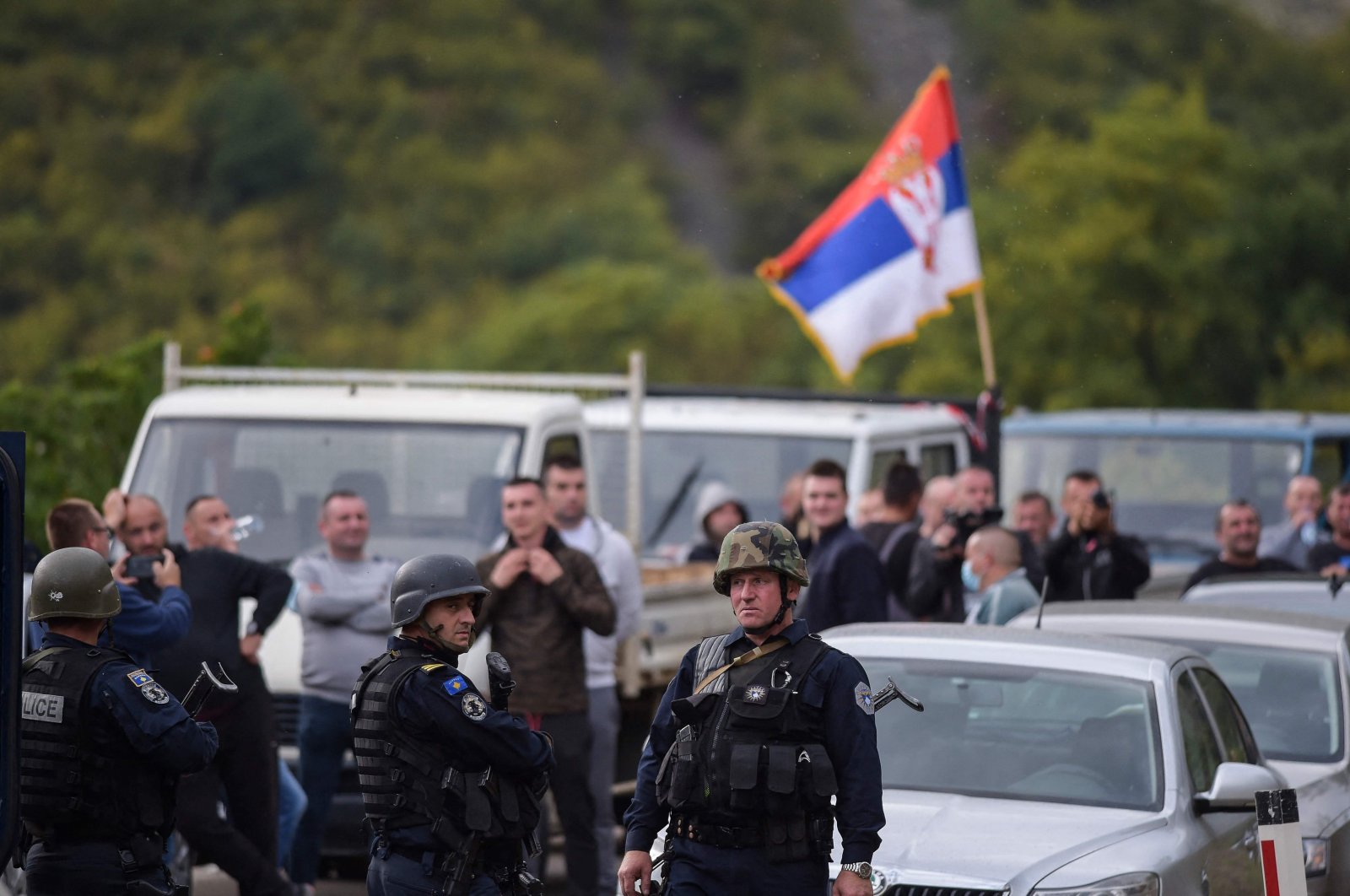 Serbian troops were on heightened alert Sunday along the border with Kosovo, the defense ministry said, accusing the territory of "provocations" after it deployed special police to the area.

The special police units were sent to two border crossings in the north of Kosovo, an area mainly populated by minority ethnic Serbs who reject the authority of the ethnic Albanian-led government in Pristina.

The deployment, which angered the Serbs, came after the Kosovo government last Monday decided to require drivers with Serbian registration plates to put on temporary ones when entering Kosovo.

Hundreds of ethnic Serbs have staged daily protests against the decision. They parked trucks and other vehicles along the roads to block traffic headed toward the border crossings.

"After the provocations by the (special police) units ... Serbian President Aleksandar Vucic gave the order to heighten the alert for some Serbian army and police units," the defense ministry said in a statement. Serbian fighter jets again overflew the border region on Sunday after several sorties on Saturday, an Agence France-Presse (AFP) correspondent reported.

Meanwhile, Kosovo's Prime Minister Albin Kurti accused Serbia of trying to “provoke a serious international conflict.” The comment came after an attack on two vehicle registration offices near their border. One of the registration offices was set ablaze in the small town of Zubin Potok and another was damaged in Zvecan. The officials reported no casualties or injuries.

“Individuals and groups, whose activities endanger the rule of law and public order, are attacking our state and disturb our peace,” Kurti said on his Facebook account on Saturday.

“Serbia is encouraging them and supports them clearly,” he added. “Serbia abuses the citizens of Kosovo in order to provoke a serious international conflict.”

Belgrade designates border crossings between Serbia and Kosovo as "administrative" because it does not recognize its former province's independence, unilaterally declared in 2008.

Belgrade's position is that the decision to mandate temporary plates implies its status as an independent nation.

Serbian ally Russia also does not recognize Kosovo's independence, but most Western countries do, including the United States.

Albania, for its part, said it was "concerned by the escalation of the situation" and called on Serbia to withdraw its troops from the border.

Kosovo President Vjosa Osmani cut short a visit to New York for the U.N. general assembly "because of developments in the north of the country," her cabinet said.

Kosovo's declaration of independence came a decade after a war between ethnic Albanian guerrillas and Serbian forces that claimed 13,000 lives, mostly ethnic Albanians.

The United States and the European Union have called for a de-escalation of tensions and for the two sides to return to normalization talks, which the EU has mediated for about a decade.

The Serbian president said the normalization process can resume only if Kosovo withdraws the special police forces from the north.