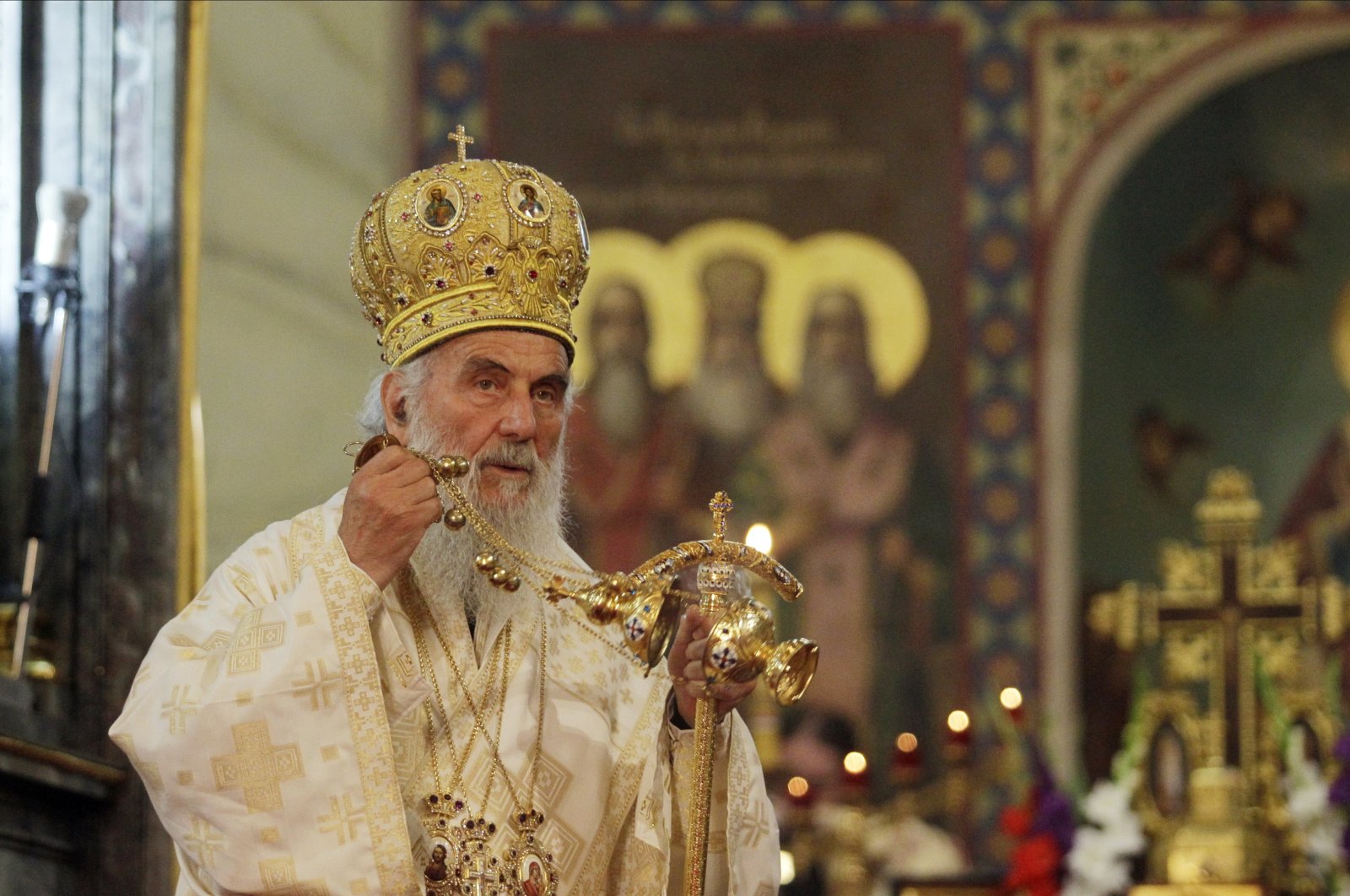 The leader of the Serbian Orthodox Church, Patriarch Irinej, has died after testing positive for the coronavirus, the church said Friday. Meanwhile, the archbishops of the Greek and Albanian Orthodox churches have been hospitalized for COVID-19 treatment.

The 90-year-old Serbian patriarch was hospitalized with the virus early in November, soon after attending the funeral of the head of the Serbian Orthodox Church in Montenegro, Bishop Amfilohije, who also died from complications caused by the COVID-19 infection.

"It was an honor to have known you," Serbian President Aleksandar Vucic said on Instagram with a black and white photo of the patriarch. "People like you are never gone."

At Bishop Amfilohije's funeral, thousands of mourners, most of them with no masks or keeping any distance between each other, gathered in the Montenegrin capital of Podgorica on Nov. 1, in violation of coronavirus-fighting measures proclaimed by the small Adriatic state's authorities.

Since Amfilohije's death and the hospitalization of the patriarch, Serbian priests have been appealing for their parishioners to take the deadly virus seriously. They had previously downplayed the threat from the global pandemic.

Irinej took over the influential church’s helm in January 2010 after the death of his predecessor, Patriarch Pavle, who was a highly popular and respected church leader in the Balkan country.

At the time, Irinej was seen as relatively moderate and a compromise choice among the factions within the church.

But throughout his church reign, he maintained the hardline nationalist stance the church developed during the wars that cleaved the Balkans in the 1990s. They included beliefs that the Serbs were historic victims of injustice and played on what were believed to be anti-Serb policies of rival Balkan nations as well as the international community.

He has often criticized Western policies toward Serbia over its breakaway Kosovo province, which unilaterally declared independence in 2008, and kept close relations with the Russian Orthodox Church and Vucic.

Irinej was among the rare Serbian church dignitaries who openly called for improved ties with the Roman Catholic Church. He said the two churches should overcome historic differences.

The Serbian church is one of a group of autocephalous, or independent, churches that make up the Orthodox Christian faith. The Orthodox Churches split from the Vatican and the Roman Catholic Church in the 11th century in an event called the Great Schism.

Meanwhile, the head of the Orthodox Church of Greece, Archbishop Ieronymos, has been hospitalized after being diagnosed with COVID-19, the Archdiocese of Athens announced Thursday.

The 82-year-old archbishop was hospitalized in an augmented care unit of Athens' Evangelismos Hospital, the hospital said. The Archbishop of Albania, Anastasios, is also being treated for COVID-19 in Evangelismos since being airlifted to Greece last week.

The Archdiocese said Ieronymos had “mild symptoms of the coronavirus,” and was admitted to the hospital following the recommendations of his doctors.

Shortly before being admitted, Ieronymos told his close associates that he was participating personally "in the ordeal that concerns thousands of our brothers in our country and millions throughout the world," according to the Archdiocese.

Government spokesperson Stelios Petsas expressed the government’s wishes for a speedy recovery to Ieronymos. The archbishop had met with Greek Prime Minister Kyriakos Mitsotakis on Saturday, but Petsas said both men had undergone a coronavirus test before the meeting and the results had been negative.

Petsas said there was no need for the prime minister to self-isolate as a precaution as he had also tested negative before his trip to the United Arab Emirates (UAE) earlier this week.

The recent death of a senior clergyman in the Greek Orthodox Church has revived a debate over the safety of receiving communion during the pandemic, as a shared spoon is used for the whole congregation.

The church insists there can be no danger of transmission as communion is the blood and body of Christ and therefore cannot transmit any disease. It says it has complied with all public safety restrictions.

Metropolitan Bishop Ioannis of Lagadas, 62, was buried earlier this week after dying of COVID-19. The town of Lagadas near the northern city of Thessaloniki is in a region currently experiencing the highest rate of infection in a surge of the coronavirus in Greece.

A nationwide lockdown has been imposed until the end of the month in an effort to get the spread under control. Greece, a country of about 11 million people, currently has more than 82,000 confirmed positive coronavirus cases and nearly 1,300 deaths.

The bishop had been an outspoken advocate of continuing communion during the coronavirus pandemic, and the church’s governing body, the Holy Synod, hit out at critics who reacted to his death by saying the practice of communion harbors dangers of spreading the virus.

“Certain aspiring leaders of public opinion are insisting in a neurotic manner on concentrating exclusively on Holy Communion,” a statement from the Synod said Monday. “They cite unscientific correlations with the spread of the coronavirus, in defiance of epidemiological evidence.”

Greek health experts have mostly avoided commenting on church practices but have noted that the World Health Organization (WHO) guidelines list saliva droplets as a leading means of contamination.

Separately, Petsas said Greece was shutting a border crossing with Albania as of Friday morning, and restricting traffic from another to only trucks. Three other crossings with Albania, North Macedonia and Bulgaria will remain open.

All those arriving at Greek land borders will now also be subject to a rapid coronavirus test, Petsas said, with those who test negative allowed to enter the country. The on-the-spot test is in addition to the requirement of proof of a negative coronavirus test a maximum of 72 hours before arrival.