Several dead as search for survivors continues after Sicily blast 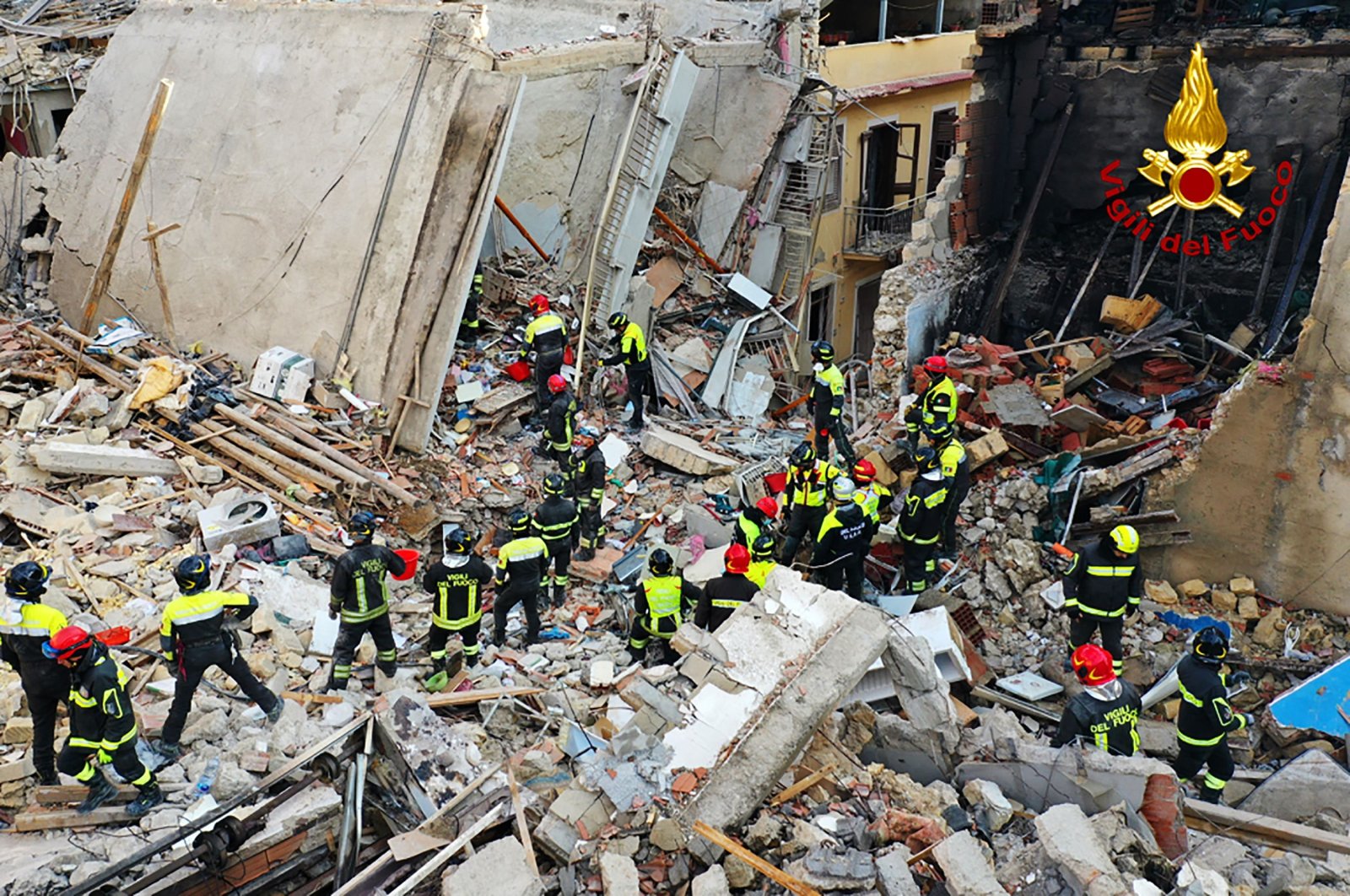 Three people were killed and six are still missing as firefighters continued to search through the piles of rubble for survivors after a massive gas explosion late on Saturday toppled several residential buildings in the Sicilian town of Ravanusa, Italian authorities said on Sunday.

The explosion, which occurred around 7:30 p.m. GMT Saturday, and was believed to have been caused by a gas leak, appeared to have leveled four buildings in the central residential district of Ravanusa, a town of nearly 11,000 inhabitants.

Television images showed a mass of rubble, wooden beams and mangled steel in a large empty space, with neighboring buildings charred and damaged.

As the day wore on, firefighting rescue teams continued to comb through the wreckage, removing slabs of concrete and other materials, but without new signs of survivors.

"Since this morning when we saved two women, for a few hours now we haven't heard signals under the rubble," Luca Cari, the spokesperson for Italy's national firefighters, told Sky TG24 television.

"This certainly doesn't mean at all that we've given up hope but obviously with the time passing it doesn't play in our favour."

The civil protection unit said on its website that "four buildings were involved" in the incident, but local news reports said the number was higher.

Drone footage published on the firefighters' Twitter page showed smoke still rising from the wreckage site, while adjacent buildings showed major signs of damage, including roofs half blown off.

Firefighters, accompanied by bulldozers, sorted through the tall pile of concrete rubble, in which a smashed car and destroyed domestic appliances like ovens, air conditioners and refrigerators could be seen.

A "huge shock wave" from the explosion was felt 100 meters (328 feet) away, said Salvatore Cocina, head of the regional civil protection unit.

Authorities said the explosion was likely caused by a gas leak and an investigation had been opened.

"The gas probably found a cavity in which to accumulate," the head of firefighters in the province of Agrigento, Giuseppe Merendino, told the Rainews24 TV channel.

"This pocket of gas would then have found an accidental trigger: a car, an elevator, an electrical appliance."

The two women who were uncovered alive under the rubble were found by sniffer dogs, Merendino said.

"Everything is extremely difficult because the buildings have collapsed on top of each other and the rubble is overlapping," he said, as quoted in the newspaper Giornale di Sicilia.

"We have to look for spaces between the rubble to recover the missing," he said.

"Now, unfortunately, the dogs have given us no further indication and we have to search by other methods."

Soon after the explosion, Ravanusa Mayor Carmelo D'Angelo appealed on Facebook for "everyone available who has shovels and bulldozers."

"There has been a disaster," he said.

About 50 people have been displaced due to the incident, D'Angelo told Rainews24.

Sicily, one of Italy's poorest regions, suffers from sub-standard and aging infrastructure.

Many homes and other structures constructed in past decades were built using cheap, sub-par materials that make them more prone to collapse, often because of interference in building contracts by the mafia.