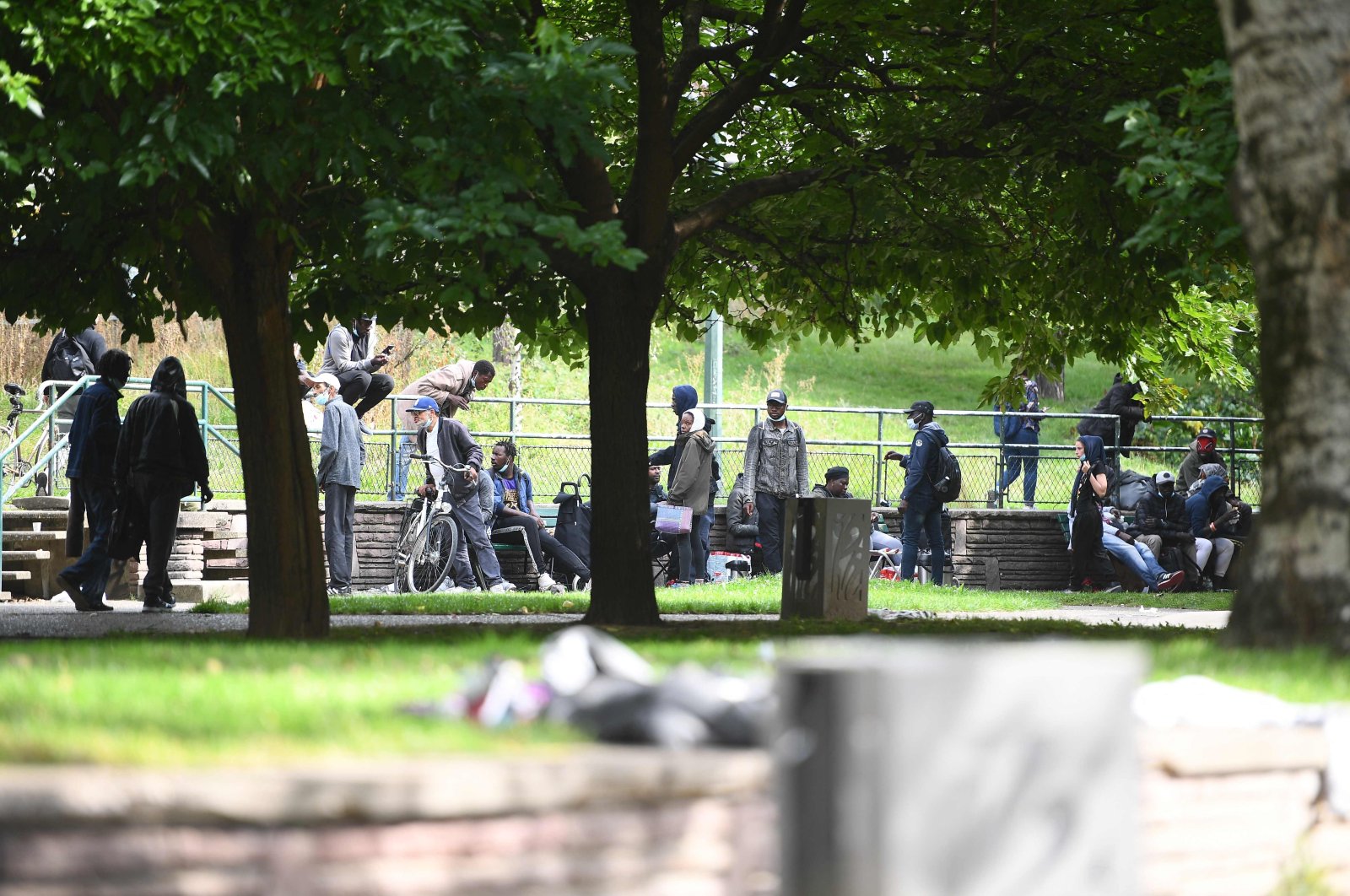 A wall erected to keep crack users from entering a Paris suburb has drawn outrage, forcing the government to promise new responses to a long-running drugs scourge.

The conflict could loom large in France's coming presidential race, where Paris Mayor Anne Hidalgo is playing up her record of managing the capital in a bid to unseat Emmanuel Macron.

Authorities bricked up a tunnel under the Paris ring road leading to the northeastern suburb of Pantin over the weekend after clearing dozens of crack smokers from a park in the area.

Several residents of Pantin and the neighboring suburb of Aubervilliers slammed the so-called "wall of shame." They demanded that the government find a permanent solution to Paris's decades-old drugs problem to prevent it spilling over into low-income suburbs.

"It's by nature a temporary solution for an emergency situation, and does not satisfy anyone," Justice Minister Eric Dupond-Moretti admitted to RTL radio on Monday.

He said the government was working "very seriously" on how to deal with the insecurity caused by crack addicts in Paris, a problem that reached a tipping point earlier this year when disgruntled residents began shooting powerful fireworks at users or pelting them with eggs.

In a letter to Hidalgo seen by Agence France-Presse (AFP), Paris Police Chief Didier Lallement said that addicts had been expelled from a park on Friday because their presence "near several schools" had become "untenable."

He added that the wall was a "necessary protection for the residents of Pantin," which is part of the Seine-Saint-Denis department, one of the poorest in France.

Lallement and Hidalgo have crossed swords repeatedly over the Socialist mayor's request for more supervised drug use sites, a proposition rejected by many on the right.

So far just one is open in the capital, and Hidalgo was forced to abandon plans for a new one in eastern Paris this month after an uproar from residents.