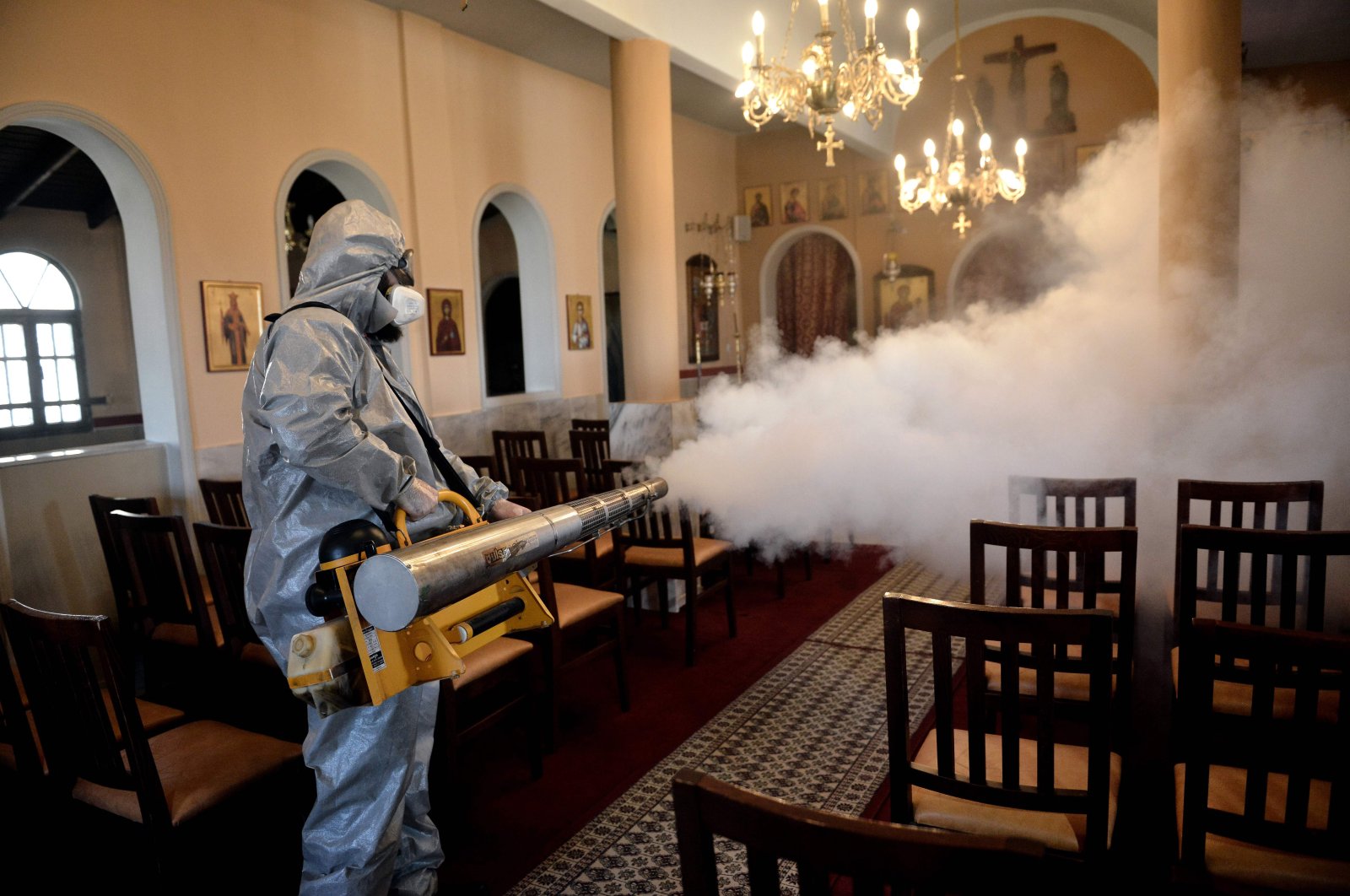 Many Greek clerics have treated the coronavirus restrictions with skepticism or even hostility. But when several prominent members – including its leader – fell ill with the virus, the powerful Orthodox Church had to face reality.

At least five senior clerics have been infected with COVID-19 in the past month, one of whom died. Among them was Archbishop Ieronymos, the 82-year-old head of the Orthodox Church of Greece, who had to be hospitalized for nearly two weeks.

"I was scared and in pain, as other people were," the archbishop said after being discharged on Nov. 30.

There was even an outbreak on Mount Athos, the reclusive monastic community in northern Greece.

"At first, (the church) failed to realize the scope of the problem," Chrysostomos Stamoulis, a professor of dogmatic theology at Thessaloniki's Aristotle University, told Agence France-Presse (AFP). "In several cases, arrogance prevailed, with many (clerics) thinking themselves invulnerable."

Days after the latest lockdown was announced, the association of Greek priests complained that the measures were "excessive" and "stymied religious freedom."

Ieronymos, a moderate by nature, has urged his flock to "reverentially follow the rules and measures of the competent health authorities."

In general, however, the clergy's response to the pandemic has been "problematic to say the least," said Alexandros Sakellariou, an adjunct lecturer on religion at the Hellenic Open University.

"One could argue that as Orthodox priests ... they hope to meet their maker," he said.

Between May and October, especially in rural areas, priests would go as far as mocking people coming to church wearing a mask, Sakellariou said.

Church leaders conspicuously went maskless while officiating at important national events, including the investiture of new ministers in August and a top religious celebration in Thessaloniki in October.

And one retired bishop who recovered from the virus even said his "regular medicine" had been holy water.

The conservative government of Prime Minister Kyriakos Mitsotakis faced criticism during the first lockdown in the spring when he shut down businesses and schools while allowing churches to self-regulate.

The ruling New Democracy party has close ties to the Orthodox Church, and the government was mindful of the political cost of antagonizing the clergy, said Sakellariou.

Even so, he said, "the Church created obstacles rather than facilitate the state," which also pays their salaries. "No other religious community (in Greece) expressed such objections."

There was an even greater row ahead of Orthodox Easter – the country's main religious celebration – after the church refused to halt Holy Communion.

The Holy Synod, the church's governing body, insisted there was no evidence that handing out bread soaked in wine from the same chalice and spoon helped spread the virus.

Ieronymos has for months faced steady pressure from high-ranking clerics to push back against lockdown restrictions.

"We have effectively given away the keys to our churches, all that remains is to give away the seals too," Cythera bishop Serafeim complained in a Nov. 30 letter to the archbishop.

Serafeim, who likened the government to a Roman Caesar, had briefly been arrested in March for holding a service in violation of lockdown rules.

The Orthodox Church is one of the most powerful institutions in the country, with vast property holdings and influence in politics and justice.

As recently as last month, the Holy Synod condemned calls to halt the sacrament as misplaced and "neurotic," while Crete's top cleric recently likened mask-wearing to "slavery."

Summer weddings and baptisms held without the proper precautions are also believed to have contributed to a spike in infections.

But the church "ultimately had to 'bow' to science, with whom it has never had very good relations," said Sakellariou.

The Greek government ordered the suspension of all services with churchgoers as part of the latest lockdown imposed on Nov. 7.

Services continue to take place but only with officiating priests.

Before falling ill, Ieronymos and the Synod had written to the prime minister to say they would be "unable to accept" a shutdown during Christmas.

Sakellariou is not confident that pandemic denial has run its course in church circles.

"If one reads (online) articles by theologians (and) priests, it's clear these views still exist," he said.