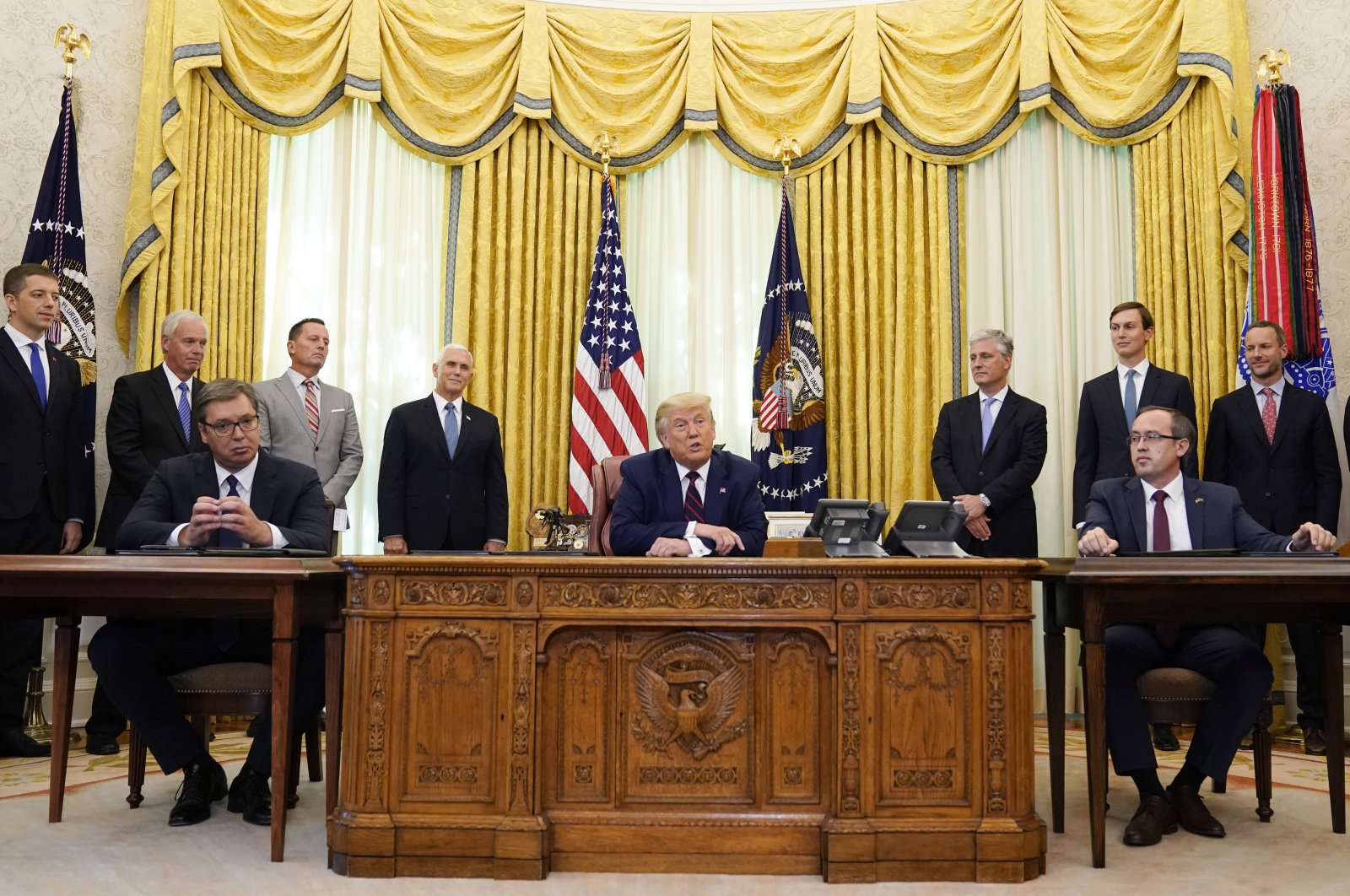 "Truly historic," "a real breakthrough" and "very big" – U.S. President Donald Trump let the superlatives flow when he announced a deal between Serbia and Kosovo, earning himself a second Nobel Peace Prize nomination this year.

But those familiar with decades-old Balkan conflicts have a different take on the agreements, which they say are thin on substance, non-binding and already showing signs of unravelling.

"I don't see how it's going to help either Serbs or Kosovars," Olivera Radovanovic, a 88-year-old pensioner from Belgrade, told Agence France-Presse (AFP), capturing the collective shrug among many ordinary people in the region.

"It looks political to me. Trump does not inspire peace, I don't see why he should get (the prize)," she added.

More than 20 years since they fought a war, the neighbors' relationship is tense and complicated – particularly because Serbia refuses to accept the 2008 declaration of independence by Kosovo, a former province home mainly to ethnic Albanians.

While long-running EU-led negotiations have tried to untangle their many political feuds, Trump claimed that his administration's economic-focused deal led to "a major breakthrough – something that nobody thought was going to be possible."

Trump, meanwhile, inked a cover letter "acknowledging that the two sides are going to work together," his advisor said.

That effectively leaves the agreements without any enforcement mechanism, former Serbian ambassador to the United Nations Pavle Jevremovic told AFP.

"It can't be seen as an internationally legally binding document," Jevremovic added, even though Washington's involvement lends it political weight as long as Trump is in office.

The contents of the 16-point letters have also raised eyebrows.

While the agreement was billed as an economic normalization pact that would create jobs and make the region "safer", its most eye-catching part turned out to be about the Middle East.

In a surprise twist, Kosovo agreed to mutually recognize Israel, while Serbia was to follow Washington's controversial lead and move its embassy to Jerusalem.

Trump, who has recently touted new accords between Israel and its Arab neighbors, hailed "another great day for peace with Middle East," sparking cheeky reactions online about whether the president had his geography straight.

Fron Nahzi, senior director at McCain Institute for International Leadership, said it was clear the president was focused on his re-election campaign.

"The intended audience is a sub-section of voters in swing states; namely, Jewish communities in Florida and Pennsylvania and ethnic Albanians who live in Michigan," Nahzi wrote in an opinion piece for the local outlet Balkan Insight.

Analysts have also noted that many of the points that do relate to Kosovo and Serbia's relationship are hardly new.

Some were repeats of previous U.S.-brokered agreements – such as deals to increase air and rail links – while others were promises and projects from the EU-led talks.

"The truth is that the agreement is very thin in terms of details and has no clear enforcement mechanisms in place," Pristina-based political commentator Blerim Vela told AFP.

"At most what you can say about it, in diplomatic terms, is that they have agreed to continue negotiating," said Eric Gordy, a Balkan expert and professor at University College London.

The most notable new points that could seed further progress involve a study exploring joint ownership of a contested lake, and a commitment to join an economic union in the Balkans to free up the movement of people and goods in the region.

Even that idea is an old one that regional leaders have recently tried to revive.

A U.S. investment institution has also vowed to develop a presence in Serbia.

But following the signing, it only took a few days for both sides to start interpreting various commitments differently, casting doubt on how much of the agreement will be honored – and whether it will hold any weight if Trump is ousted from office in November's presidential election.

Kosovo's Prime Minister Hoti has already softened a promise to halt seeking membership in international organizations, while Serbia's president has dodged confirmation on whether his country's embassy will be indeed be transferred to Jerusalem.

That has left many bemused by the Nobel nomination, put forth by Swedish MP Magnus Jacobsson, who once himself called Trump "a clown."

"I thought they handed the prize to those who did something great for the world," said Vera Dibrani, a 21-year-old literature student in Kosovo's capital Pristina.

"What did these three guys do? Did they do something important for the world? The agreement is just a wish list which Hoti and Vucic started to interpret differently even before they landed back home."