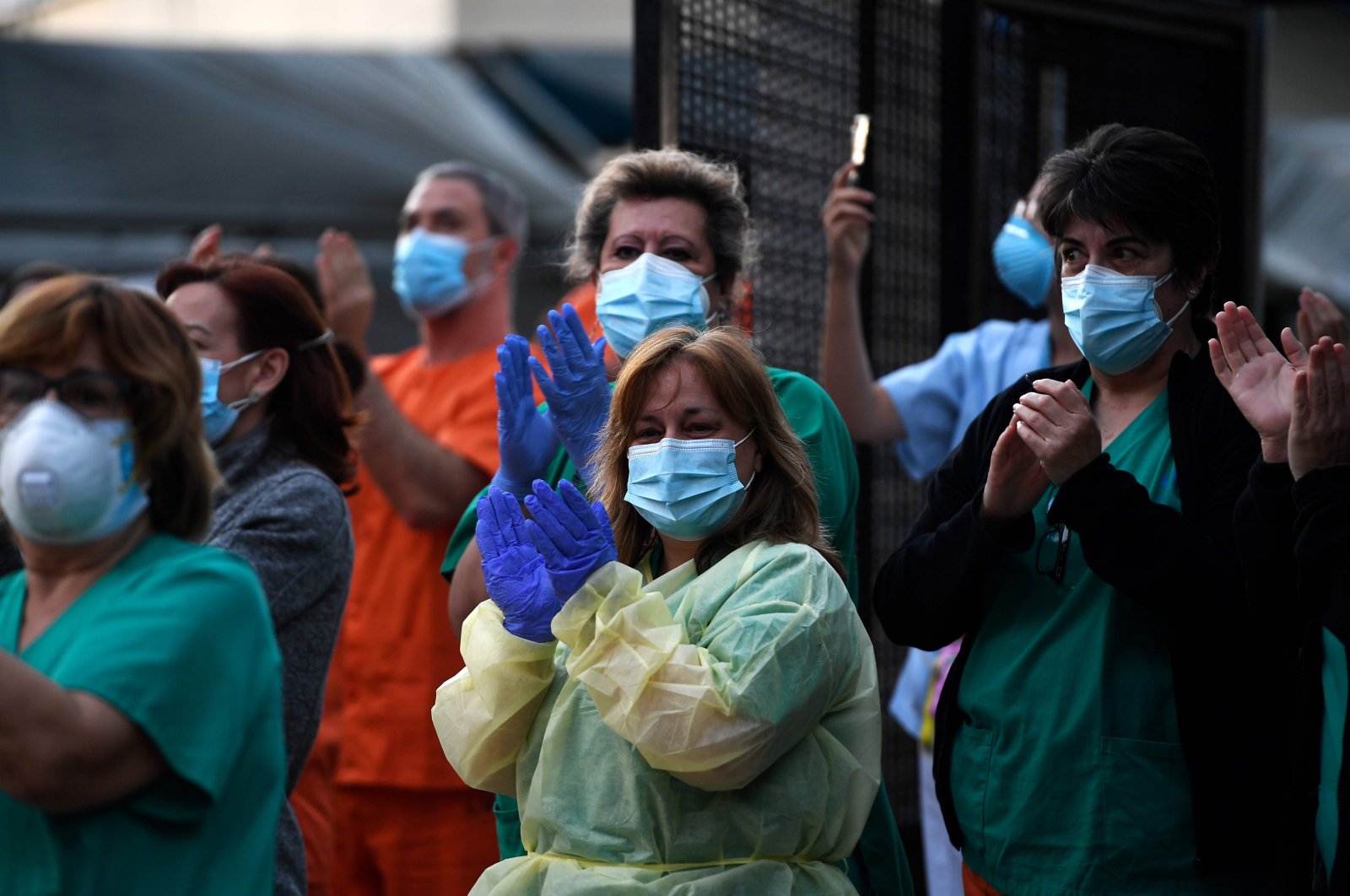 As the coronavirus death rate in the worst-affected European countries appears to be slowing, some nations have started lifting restrictions despite WHO's warnings

The death toll from the coronavirus pandemic has slowed in some of the worst-hit countries in Europe and debates over slightly loosening restrictions have started, in a sign that the situation was taking a turn for the better after a month under lockdown. Spain and France have noted a drop in COVID-19 deaths and Italy, the European nation most afflicted by the disease, reported its lowest toll in more than three weeks.

More than half of the planet's population is staying home as part of efforts to stem the spread of the virus, which emerged in China late last year, overwhelming health care systems and crippling the world economy. More than 1.8 million infections have been reported and over 114,000 people have died worldwide, according to Johns Hopkins University. The U.S. has the highest numbers, with over 555,000 confirmed cases. The figures certainly understate the true size and toll of the pandemic, due to limited testing, uneven counting of the dead and some governments’ desire to play down the extent of outbreaks.

Governments are under pressure to keep populations safe while preventing economic collapse, amid fears of a downturn not seen since the Great Depression. But the World Health Organization (WHO) has warned countries against lifting lockdown restrictions too early.

In Italy, a small number of shops will be opened in the first loosening of Europe's longest coronavirus lockdown, while construction work could be set to resume in some places. Bookshops, stationery shops and stores selling children's clothes will be allowed to open their doors, the Italian government announced.

Spain is one of the worst-hit countries in the world but saw its daily death rate fall for three consecutive days last week, only to rise again on Sunday. Monday it fell again, with 517 deaths in 24 hours, putting the overall fatality total at 17,489, with the number of cases now standing at 169,496.

Confirmed infections also rose by 3,477, the lowest daily figure since March 20, as Spain began reopening parts of its economy after a two-week "economic hibernation" period. Although health chiefs say the outbreak in Spain has peaked, they have urged the population to keep observing a strict national lockdown imposed on March 14 to slow the spread of the virus.

The restrictions were further tightened on March 30 when all nonessential activities were frozen for two weeks, largely targeting the construction and manufacturing sectors. But those restrictions were lifted on Monday, and train stations were staffed with police and Red Cross volunteers handing out face masks for those returning to work.

In France, the lockdown has been in place since March 17. French President Emmanuel Macron is looking to strike a careful balance between warning France, where the death toll stands at 14,393, that an early relaxation of the lockdown could be disastrous, while also reassuring people that the government has a plan to get the country back to normal.

Senior politicians in Germany have begun debating a potential easing of restrictions imposed over the coronavirus epidemic ahead of a meeting with Chancellor Angela Merkel on Wednesday.

The majority of Germans, however, are against lifting the restrictions on movement put in place to stop the spread of the coronavirus. In survey results from research institute YouGov on behalf of dpa, 44% advocated for an extension of the measures beyond April 19, while 12% are even in favor of tightening them. Only 32% are in favor of a relaxation and 8% for an abolition of the restrictions, while 5% did not give any details.

On March 22, German authorities had decided on comprehensive restrictions on freedom of movement, which were initially expected to last for two weeks but were later extended over Easter until April 19. Sporting and cultural events with spectators had been banned before that and most shops had closed, with the exception of food stores and supermarkets.

Germans also reported high compliance with the restrictions. Of those surveyed, 78% said they comply with them in full, 18% only partially and 2% not at all. This shows discipline has only slightly slipped since the end of March, the beginning of the contact ban. At that time, 83% said that they were fully complying with the measures, 12% partially and 2% said they ignored the restrictions.