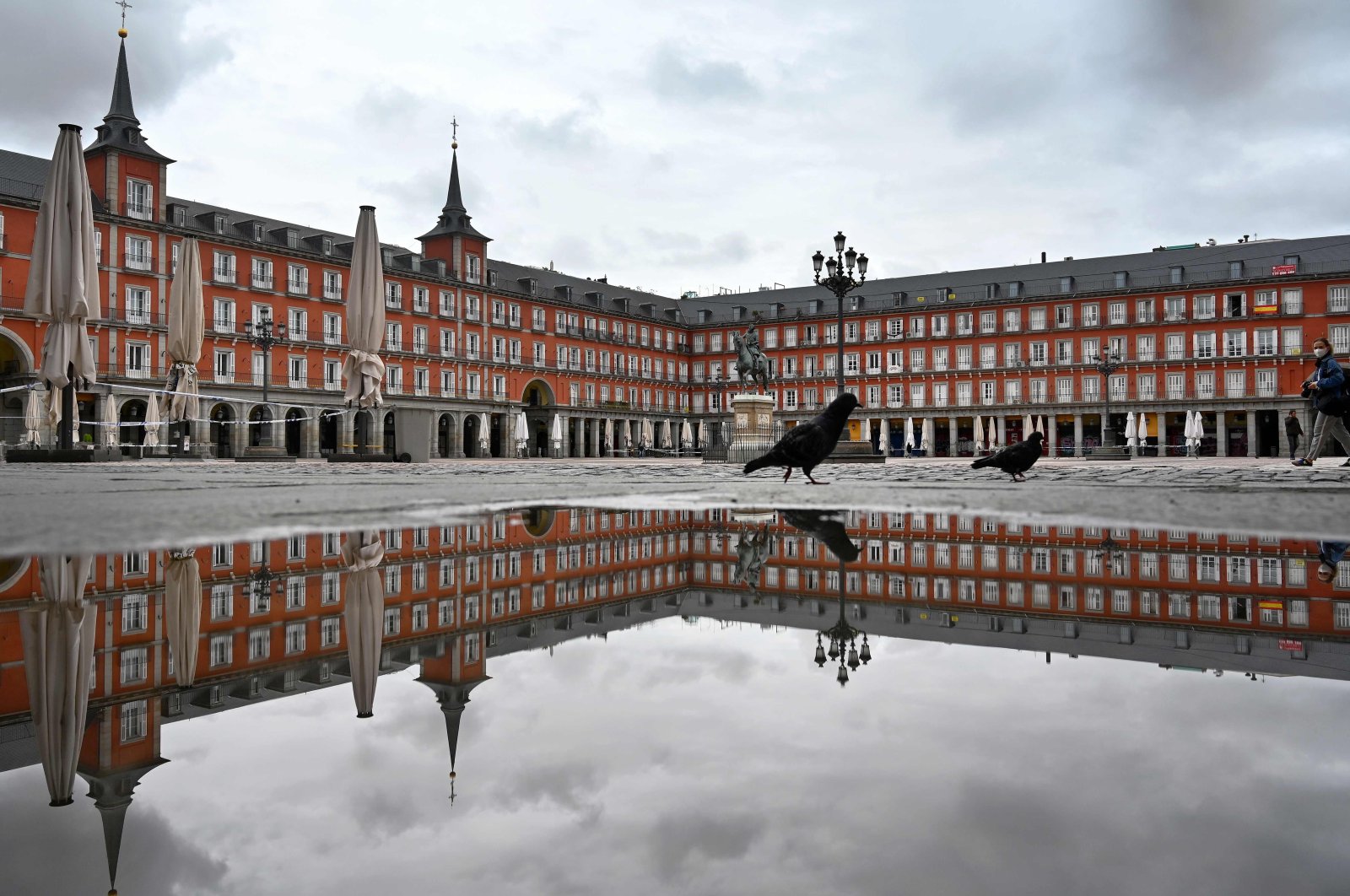 In this April 21, 2020 file photo, a lone person crosses the deserted Plaza Mayor square in Madrid amid a national lockdown to fight the spread of the coronavirus. (AFP Photo)
by Agencies
Oct 21, 2020 8:06 pm

Spain has become the first Western European country to record more than a million coronavirus infections since the onset of the pandemic, Health Ministry data showed Wednesday, after 16,973 cases were added to the tally since the previous day.

The Spanish government mulls fresh restrictions on public life to curb the spread of the disease.

The country's first case was diagnosed on Jan. 31 on the remote island of La Gomera in the Canary Islands.

Recently, Spain declared a state of emergency in Madrid on Friday, wresting control of efforts to fight the spread of COVID-19 from local authorities in a region that is experiencing one of Europe's most significant coronavirus outbreaks.

The step, which took immediate effect and lasts for two weeks, forced Madrid authorities to restore restrictions on travel that had been introduced by the national government but were struck down the previous day by a Madrid court ruling.

The Madrid region's 14-day infection rate of 563 coronavirus cases per 100,000 residents is more than twice Spain's national average of 256 and five times the European average rate of 113 for the week ending Sept. 27.

The central government's measures prohibit all nonessential trips in and out of the capital and nine of its suburbs, affecting some 4.8 million people.

Restaurants must close at 11 p.m. and stores at 10 p.m. Both must limit occupancy to 50% of their capacity.

The national government had ordered police in Madrid to fine people if they left their municipalities without justification. More than 7,000 police officers will now be deployed to ensure the restrictions are observed, Interior Minister Fernando Grande-Marlaska said.

But Madrid's conservative regional government opposed those restrictions, saying they were draconian and hurt the economy.