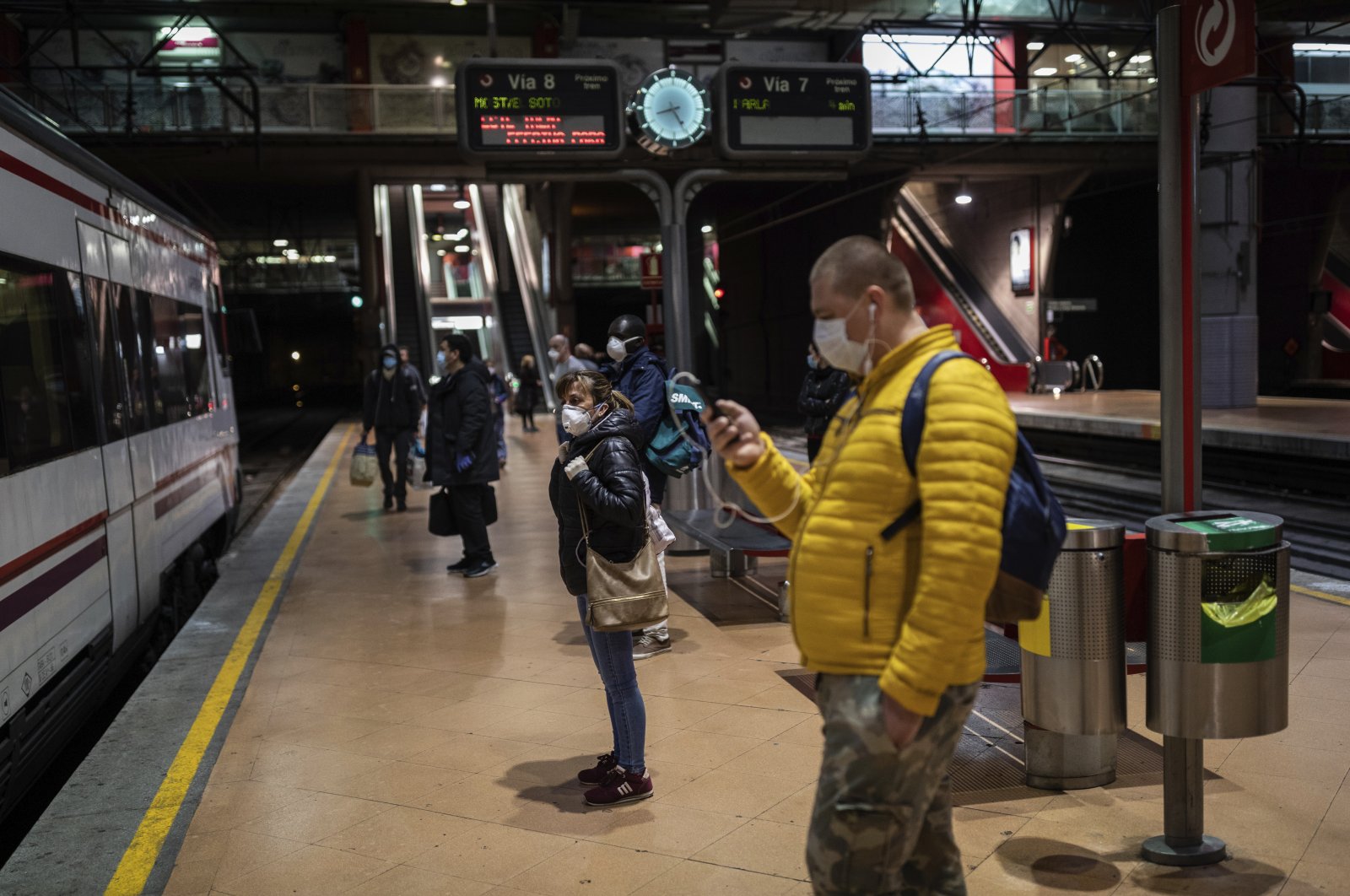 Commuters wear face masks to protect against the coronavirus while waiting on a platform at the Atocha train station, Madrid, April 13, 2020. (AP Photo)
by REUTERS Apr 13, 2020 12:44 pm
RECOMMENDED

Spain's overnight death toll from the coronavirus fell to 517 on Monday from Sunday's 619, bringing the total death toll to 17,489, the Health Ministry said, adding that it was the smallest proportional daily increase since tracking began.

As one of the countries worst hit by the global coronavirus epidemic, the country on Monday started to ease tough lockdown restrictions that have kept people confined to their homes for more than a month and put a brake on economic activity. In a sign that the situation was taking a turn for the better, some businesses, including construction and manufacturing, were allowed to reopen.

But most of the population are still confined to their homes, and shops, bars and public spaces will remain closed until at least April 26.

People at main transport hubs were handed face masks as they went to work on Monday morning.

"The health of workers must be guaranteed. If this is minimally affected, the activity cannot restart," Interior Minister Fernando Grande-Marlaska told Cadena Ser radio station.

Lockdown restrictions have helped slow a spiraling death rate that reached its peak in early April but tested the resolve of people cooped up inside their homes.

Only a few commuters came in and out of the main entrance of Madrid's usually bustling Atocha train station on Monday morning. Road traffic was light too, with mainly public buses passing by.

Police handed out millions of masks early in the morning across regions that are not observing a public holiday.

Prime Minister Pedro Sanchez said on Sunday the decision to restart some sectors of the economy was taken after consulting a committee of scientific experts. Any further winding down would depend on gains made against the virus, he said.

"We are still far from victory, from the moment when we can pick up our normal lives again, but we have made the first decisive steps in the path towards victory," Sanchez said.

However, some regional leaders criticized the moves, fearing a resurgence of the outbreak.