Spain deploys army in Ceuta after 6,000 migrants arrive by sea 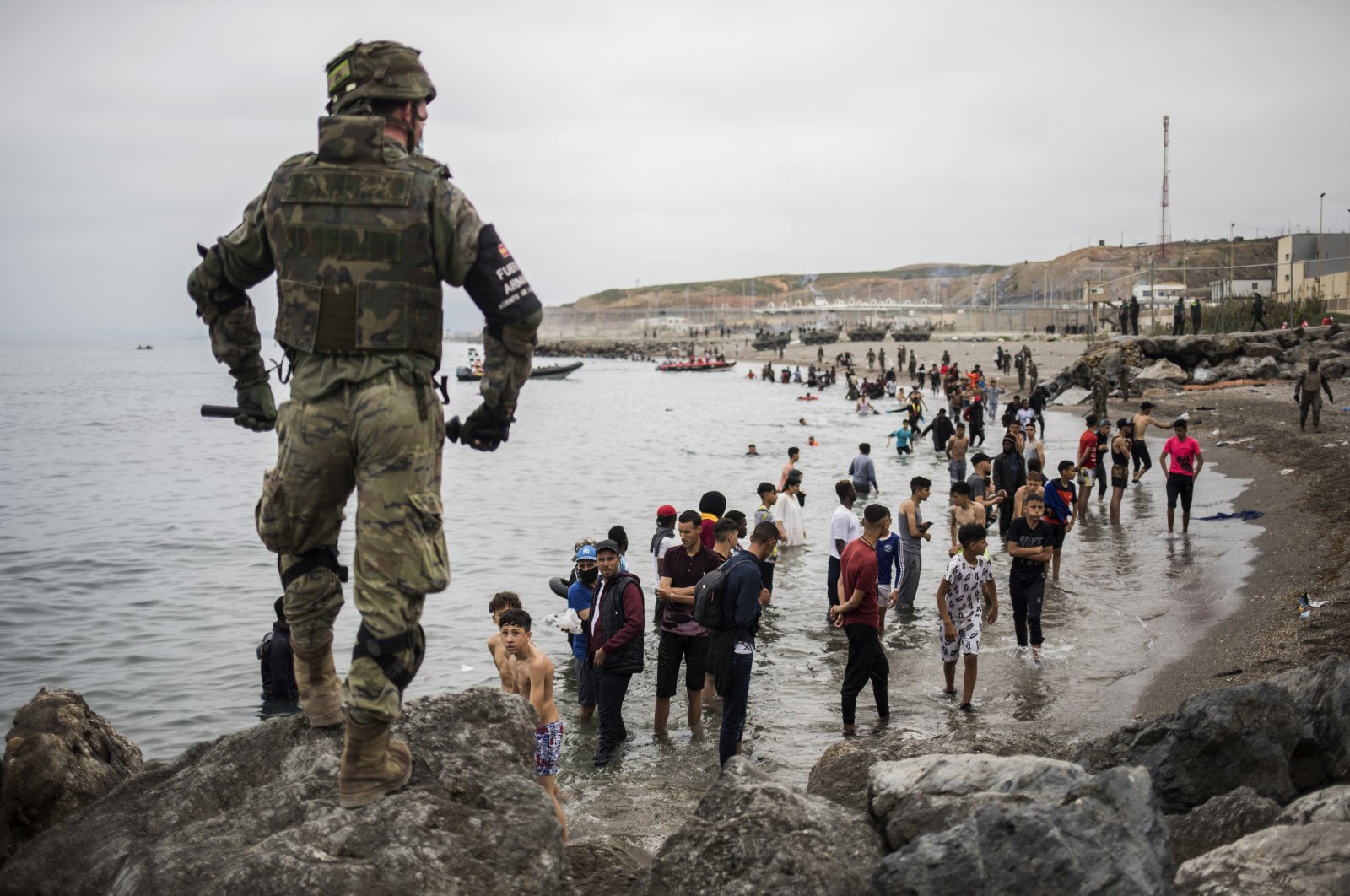 People mainly from Morocco stand on the shore as Spanish Army cordon off the area at the border of Morocco and Spain, at the Spanish enclave of Ceuta, on Tuesday, May 18, 2021. (AP Photo)
by REUTERS May 18, 2021 1:12 pm
RECOMMENDED

Spain has deployed troops to Ceuta to patrol the border with Morocco after thousands of migrants swam into the north African enclave amid heightened diplomatic tensions, Interior Minister Fernando Grande-Marlaska said Tuesday.

Footage from local Faro TV channel showed soldiers in armored vehicles guarding the enclave's beach as dozens of migrants emerged from the water while hundreds of potential migrants stood on the Moroccan side of the fence between the enclave and Morocco.

Soldiers started patrolling the border along with Spanish police, Grande-Marlaska told state broadcaster TVE. As many as 6,000 Moroccans, including about 1,500 minors, swam into Ceuta on Monday and Tuesday, he said.

A spokesperson for Ceuta's government delegation said soldiers will also work with police in sensitive locations within the enclave to maintain order on the streets. One person died in Monday's crossing, the spokesperson said. The adult arrivals are being transferred to a local football stadium to be deported back to Morocco. About 2,700 have already been handed back, Grande-Marlaska said. Minors are being sent to an industrial building.

Ceuta, with a population of 80,000, is an enclave located on the northern tip of Morocco across from Gibraltar. The Spanish enclaves of Ceuta and nearby Melilla on Morocco's northern coast have long been a magnet for African migrants trying to reach Europe in search of a better life. TV channel 24h reported on Tuesday morning that as many as 85 migrants climbed the border fence to break into Melilla, which is located about 300 kilometers (186 miles) east of Ceuta.

The arrival of the migrants took place at a time of increased tension between Spain and Morocco over the fate of Brahim Ghali, the leader of Western Sahara's Polisario Front, who is in hospital in Spain.

Morocco's Foreign Ministry issued a strongly worded statement last month deploring what it said was Spain's decision to admit Ghali under a false identity without informing Morocco, adding that the situation would have repercussions for bilateral relations between the countries.