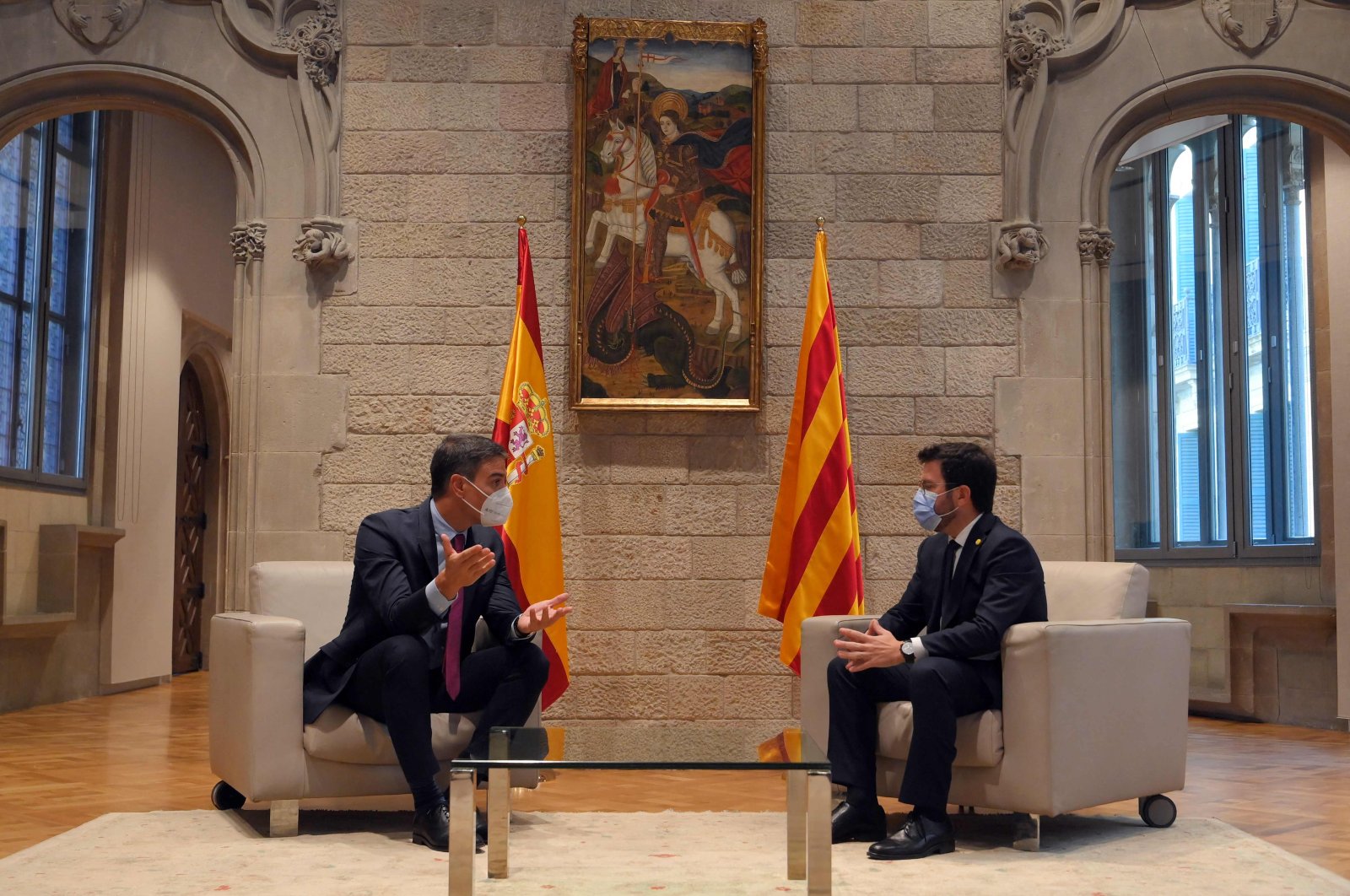 The Spanish government and the leaders of Catalonia on Wednesday restarted negotiations to resolve the continuing crisis caused by the autonomous region’s separatist movement.

Prime Minister Pedro Sanchez sat down with regional President Pere Aragones at the seat of the Catalan government in downtown Barcelona.

Expectations are low for any huge advances from the meeting, which has caused a rift within the separatist camp. Aragones and his Republican Left of Catalonia party call the talks a “historic opportunity.”

But leaders of the junior party in Aragones’ government have publicly voiced their doubts about the chances that there will be any real gains for the separatists. The influential grassroots group National Catalan Assembly goes further, saying that the talks will only serve to derail their cause.

The talks come with 7.5 million Catalans entrenched into two roughly equal camps. Polls and election results over the past five years consistently show that half of Catalonia wants to remain in Spain, while the other half wants to sever all ties.

Sanchez inherited the political conundrum when he took office in 2018, not a year after the leaders of Catalonia’s government and separatist grassroots groups failed in a unilateral breakaway bid that violated the Spanish Constitution.

In a bold move to reduce tensions, the Socialist leader took the decision in June to pardon the nine imprisoned instigators of the 2017 secession attempt. Both the pardons and the talks have been heavily criticized by Spain’s right-wing parties.

Now, heading into the meeting in Barcelona, Sanchez said that he would insist on finding ways to improve the economic and social wellbeing of Catalans, while firmly denying any separatist claims to sovereignty.

Aragones has insisted that the only issues on the table are the possibility of Spain authorizing a referendum on independence and a general amnesty of all those separatists in trouble with the law.

After years of scant dialogue between Catalonia’s leaders and Spain’s then-ruling conservatives, Sanchez met with Aragones’ predecessor, Quim Torra, in February 2020 in Madrid. The outcome of that meeting was to agree to hold meetings once a month. But those were put on hold by the pandemic, which struck Spain just weeks after.