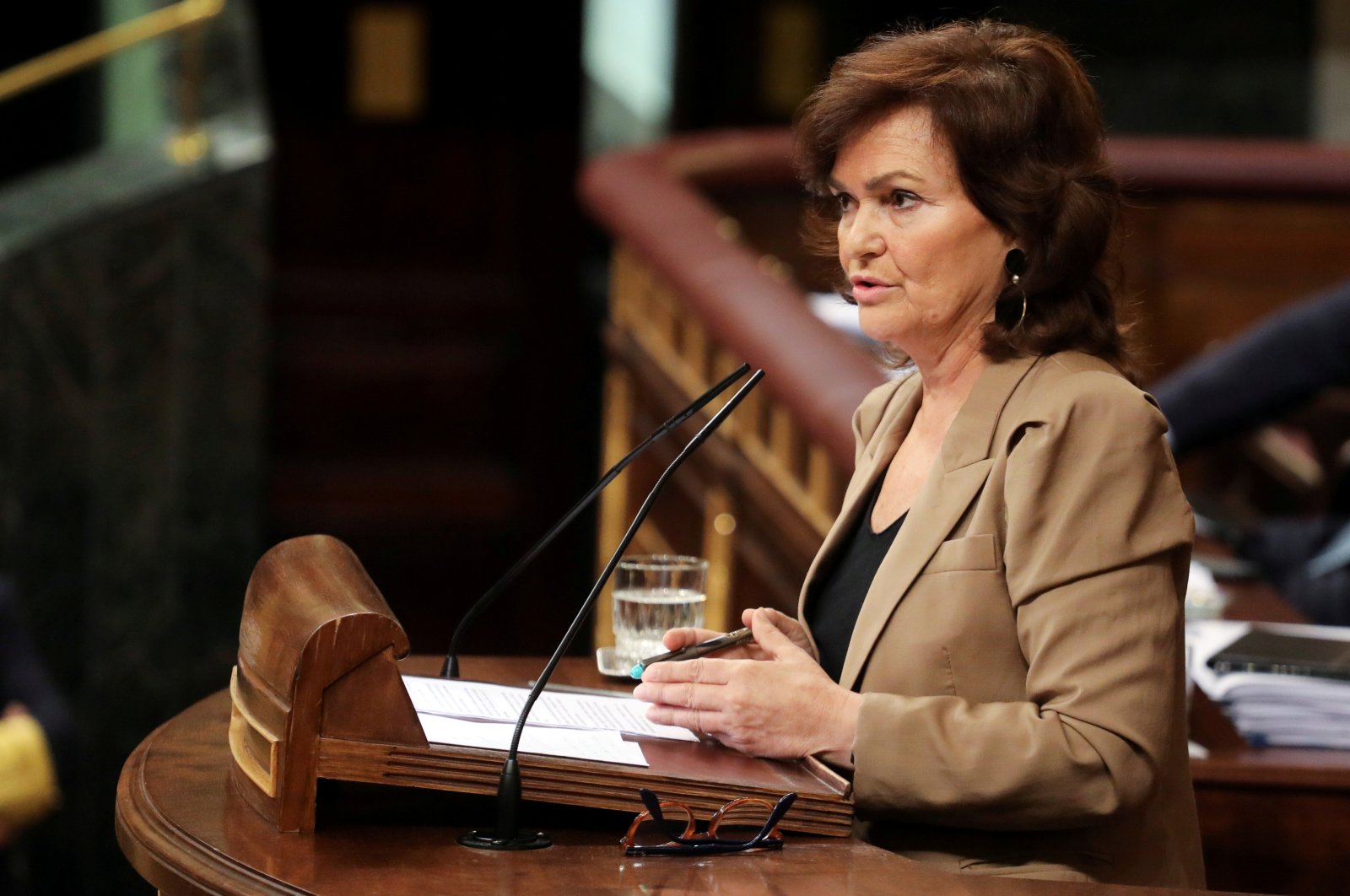 Calvo tested positive for the virus in a test performed on Tuesday after previously testing negative, but one more test was performed because the last one proved inconclusive, the government said in a statement.

It added that Calvo, who was born in 1957, was doing well and receiving medical treatment.

Spain earlier on the same day became the second country after Italy to register more deaths from coronavirus than China, official figures showed.

Spain confirmed 3,434 virus-related deaths, according to figures released by the country's Health Ministry on Wednesday.

In China, where the coronavirus originated, the officially confirmed death toll stands at 3,150.

The Spanish capital Madrid remained the epicenter of the country's outbreak, with the city's death toll soaring by 300 within the past day to 1,800, more than half the country's total.

Authorities hope that Spain will reach the peak of the outbreak this week and that strict lockdown measures to contain its spread will begin to be reflected in the numbers.

Fernando Simon, head of Spain's Health Alert and Emergency Coordination Centre (CCAES), said the numbers showed Spain was close to the peak, "The number of deaths is rising, but the percentage increase has stabilized," he told dpa.

He noted that these are important purchases but said that this was still not enough to address the shortage, commenting specifically on the respirators.

Illa said that attempts would also be made to procure goods in other countries. "It's crucial that we boost production here in Spain, too," he added.

Many hospitals, especially those in Madrid, are already at their limit, causing authorities to requisition the city's Ifema exhibition center for use as a makeshift field hospital.

The high death rate has forced the city to use its ice rink as an overflow morgue.