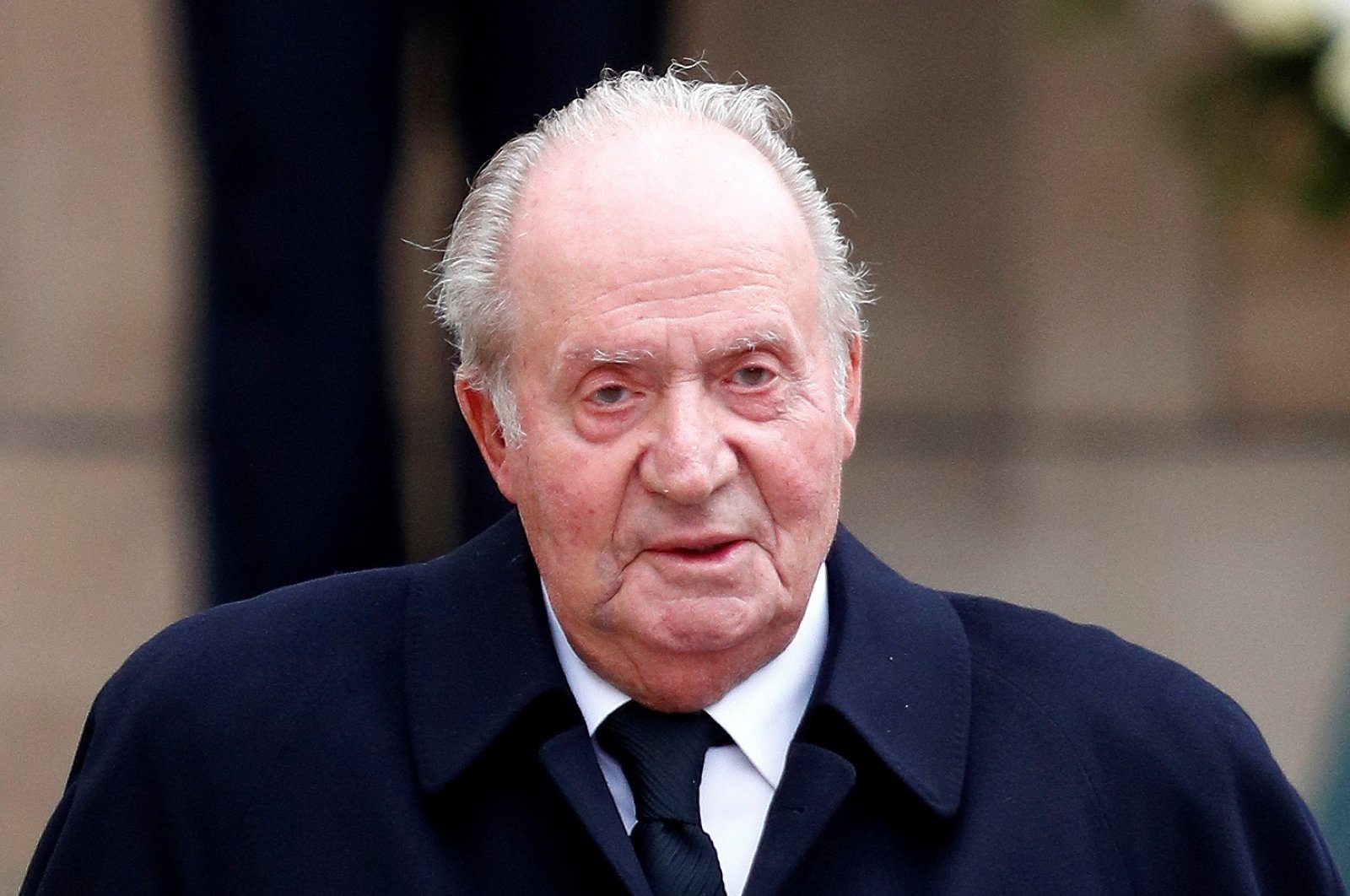 Spain's former king, Juan Carlos, leaves after attending the funeral ceremony of Luxembourg's Grand Duke Jean at the Notre-Dame Cathedral in Luxembourg, May 4, 2019. (Reuters Photo)
by REUTERS
Aug 07, 2020 11:30 am

Dogged by mounting corruption allegations, Juan Carlos abruptly announced his decision to leave Spain on Monday but there has been no official confirmation of his whereabouts, setting off an international guessing game.

ABC said a private plane en route from Paris to Abu Dhabi stopped off in the northwestern Spanish city of Vigo to pick up Juan Carlos, four security guards and one other person on Monday morning.

Upon arrival at Abu Dhabi's Al Bateen airport, the king and his entourage were flown by helicopter to the government-owned Hotel Emirates Palace, ABC said.

A palace spokesman said he did not know where Juan Carlos was. The former king's lawyer did not immediately reply to a request for comment.

Some media have speculated Juan Carlos is in a luxury resort in the Dominican Republic, and others place him in Portugal, where he spent much of his youth. But officials in both countries have said they have no knowledge of him arriving.

The former monarch is not formally under investigation. Through his lawyer, he has repeatedly declined to comment on the allegations.

His lawyer, the royal palace and the government have all declined to say where he is.