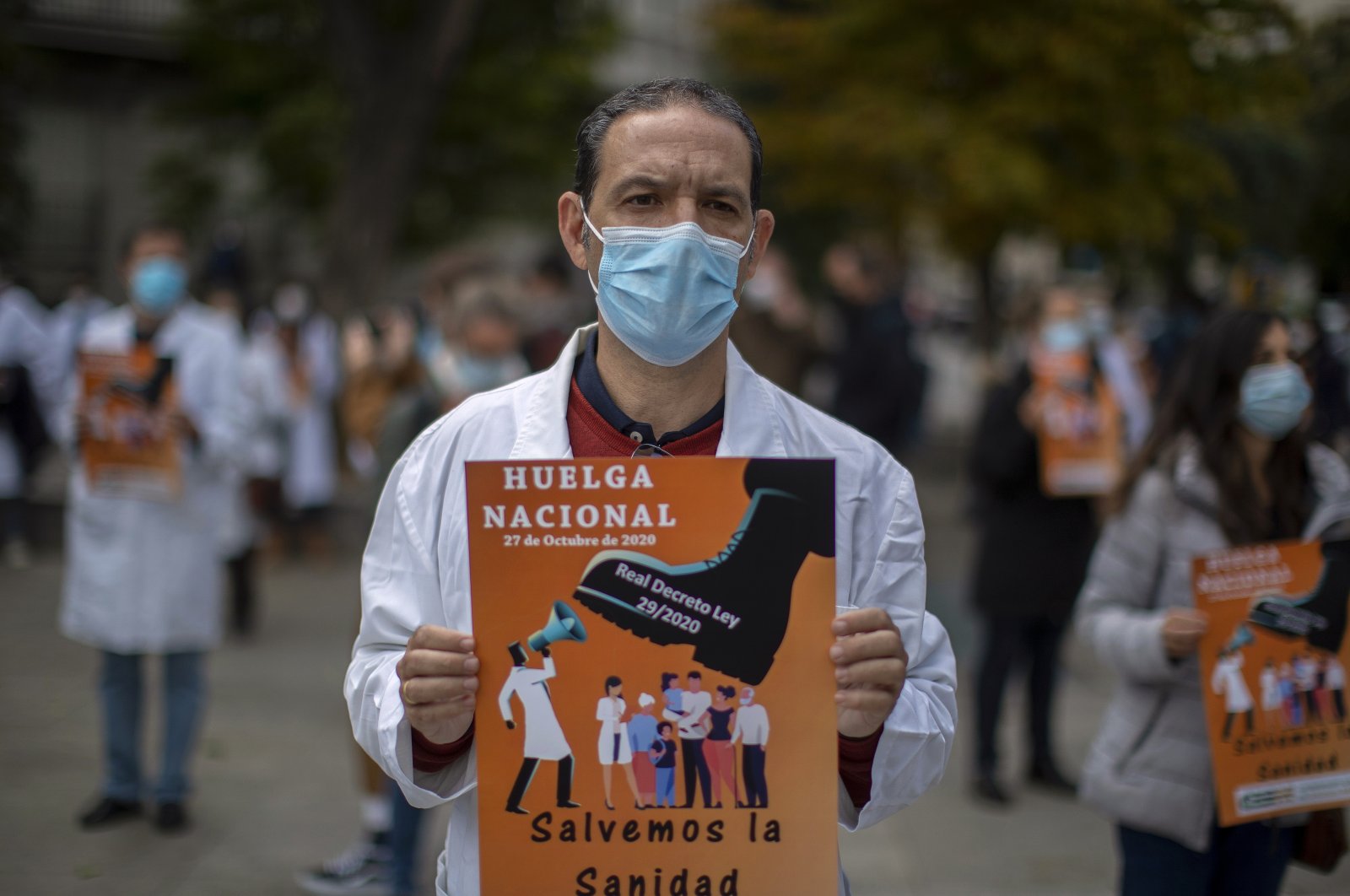 Spanish doctors staged their first national strike in 25 years Tuesday to demand better working conditions and greater recognition as the country grapples with a second wave of coronavirus infections.

About 85% of Spain's 267,000 doctors took part in the walkout, most of them symbolically as they continued to see patients, said the State Confederation of Medical Unions (CESM) which called the 24-hour action.

While officially declaring themselves to be on strike, they went in to ensure minimum service requirements and so that patients were not left alone.

About 50 doctors in white lab coats, all standing a safe distance apart protested outside parliament in Madrid, many holding posters of a large black boot about to stomp on a group of healthcare workers.

While there have been regional doctors' protests since the start of the pandemic, this is their first national strike since 1995.

Sergio Casabona, a gastroenterologist who protested outside parliament, said "the straw that broke the camel's back" for exhausted doctors was a government decree saying they could be assigned to other hospital services, regardless of their specialism, whenever needed.

The health ministry argues the reform is needed to improve the fight against the pandemic but CESM has called it the "biggest attack" on Spain's public healthcare system.

Pablo Cereceda, a digestive surgeon also at the protest, called it a "botched decree which reveals the (authorities') inability to face this pandemic."

Since exiting a strict national lockdown in June, coronavirus cases in Spain have soared, with thousands of infections diagnosed every day. Hospitalizations, though lower than the March-April peak, are also on the rise.

The strike came on the same day that Spain's leftist government unveiled its draft budget for 2021, which includes a 151% increase in spending for the public health sector.