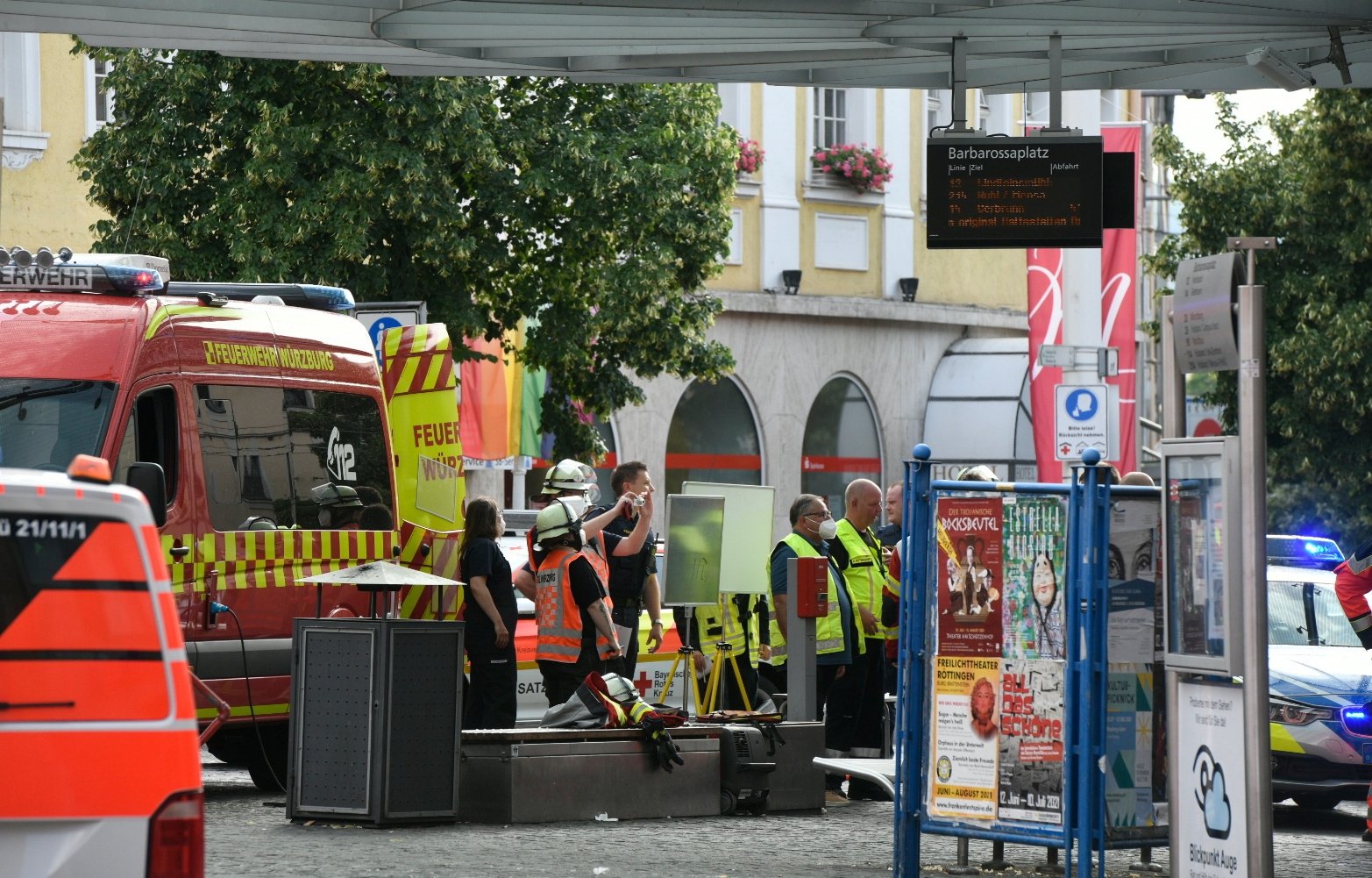 Officials gather at Barbarossaplatz in the German town of Wuerzburg, Germany, June 25, 2021, during a "major operation" in which police arrested a suspect after local media had earlier reported multiple stabbings. (Reuters Photo)
by Associated Press
Jun 25, 2021 9:20 pm

A man armed with a long knife killed an unspecified number of people and injured others in the southern city of Wuerzburg Friday before being shot by police and arrested, German authorities said.

It was unclear how many people were killed or injured in the attack in a central part of the Bavarian city.

Videos posted on social media showed pedestrians surrounding the attacker and holding him at bay with chairs and sticks.

A woman who said she had witnessed the incident told German RTL television that the police then stepped in.

“He had a really big knife with him and was attacking people," Julia Runze said. “And then many people tried to throw chairs or umbrellas or cellphones at him and stop him.”

“The police then approached him and I think a shot was fired, you could hear that clearly.”

Police spokeswoman Kerstin Kunick said officers were alerted around 5 pm to a knife attack on Barbarossa Square in the center of the city.

Bavaria’s governor Markus Soeder expressed shock at the news of the attack. “We grieve with the victims and their families,” he wrote on Twitter.

Police said on Twitter that there was no danger to the population. They declined to immediately provide further information and urged social media users to refrain from speculation.

Bavaria’s top security official, Joachim Herrmann, was on his way to Würzburg, a city of about 130,000 people located between Munich and Frankfurt.