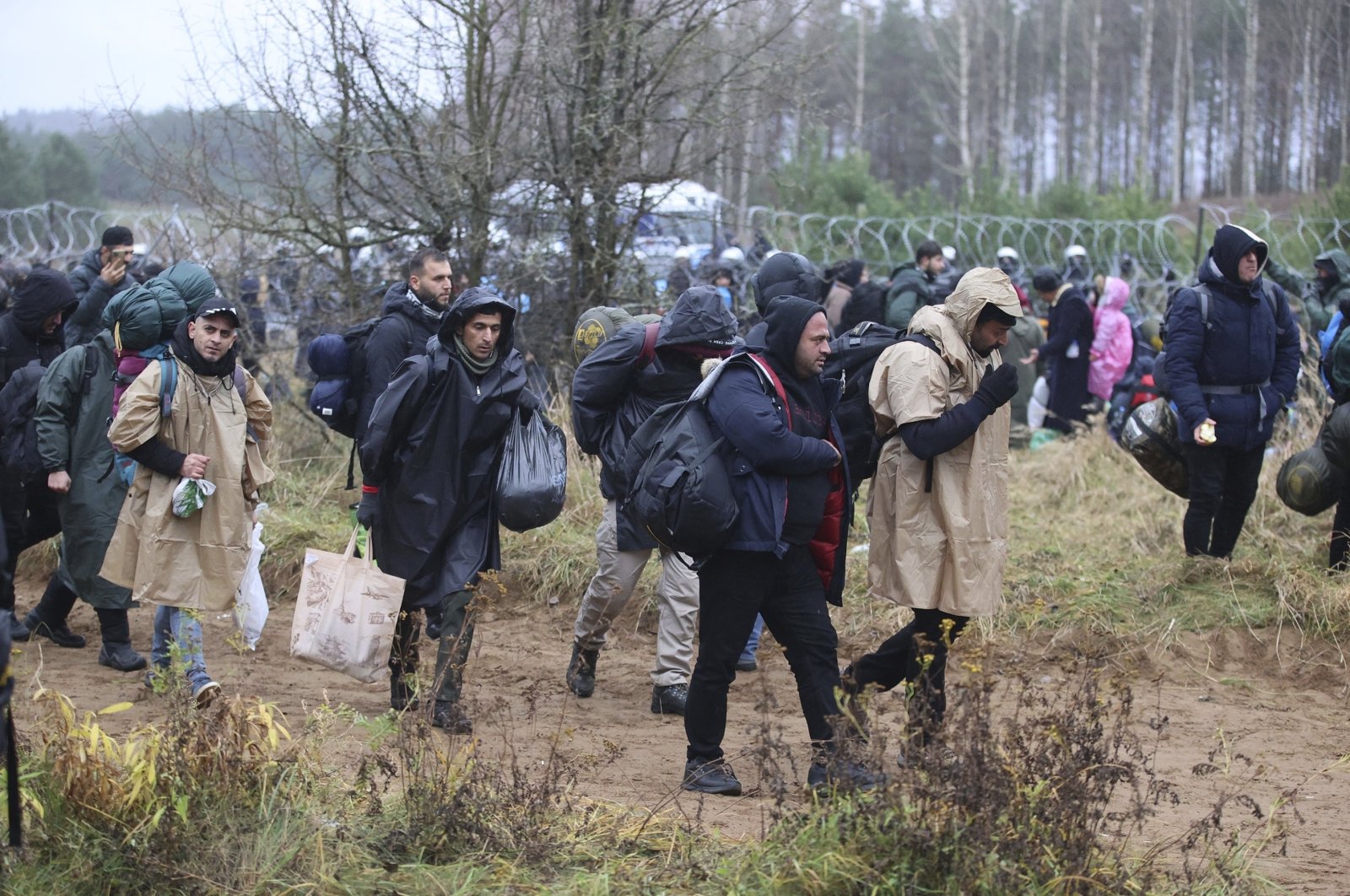 Poland and Belarus squared off over thousands of migrants aiming to enter EU member Poland, with Warsaw saying the wave threatened the security of the entire bloc

Poland said it blocked a bid by hundreds if not thousands of migrants to illegally enter the country from Belarus on Monday, warning of an "armed" escalation as thousands more massed near the border.

On Monday, hundreds of migrants walked toward the Polish border near Kuznica village and some tried to breach a fence using spades and other tools. Poland has sent thousands of soldiers to the border area, enforced a state of emergency in the region complete with a media blackout, built a razor-wire fence and approved the construction of a wall.

Poland's Border Guard told Reuters that about 800 people were camped out on the Belarusian side of the fence, part of a group of up to 4,000 migrants there and in nearby forests.

A spokesperson for the country's special services said estimates showed there could be up to 12,000 migrants in Belarus. Polish authorities shut an official border crossing with Belarus at 6 a.m. GMT on Tuesday near where thousands of migrants tried to push through the day before.

Polish Prime Minister visited the border on Tuesday and officials warned tension could increase in coming days. Warsaw has accused Belarus of trying to spark a major confrontation by encouraging the migrants to cross into the country and the European Union.

"Interior ministry forces and soldiers managed to stop the first mass attempt to breach the border," Poland's Defense Ministry tweeted. "Migrants have set up a camp in the Kuznica region. They are constantly guarded by Belarusian services."

Polish police posted a video early Tuesday showing a group of migrants who had camped overnight just on the far side of Poland's eastern border in Belarus. Polish riot police and coils of razor wire faced the migrants and police said the situation overnight was calm.

The situation marks an escalation in months of migration pressure against Lithuania and Poland, and to a lesser extent Latvia, the three EU states on the bloc's eastern border with Belarus. The migrants are mostly from Iraq and Syria, though some have come from Africa, seizing on the chance of a new migration route to enter Europe. Most seek to only pass through Poland to reach Germany or other countries in western Europe.

Poland has received strong signals of support and solidarity from the EU, EU member states and the United States as it faces its border crisis. As the latest grim chapter of Europe's migrant crisis unfolded, Washington and Brussels called on Minsk to stop what they described as an orchestrated influx. NATO on Monday also hit out at Minsk, accusing the government there of using the migrants as political pawns, while the EU called for fresh sanctions against Belarus.

The use "of migrants for political purposes is unacceptable," she said in a statement. Brussels would also look at how to sanction "third-country airlines" that brought migrants to Belarus, she added.

Polish government spokesperson Piotr Muller told reporters that a further 3,000 to 4,000 migrants were massing near the border.

"We expect that there may be an escalation of this type of action on the Polish border in the near future, which will be of an armed nature," he added. Muller blamed "people linked to Belarusian special services" for organizing the breach.

Minsk has reportedly issued special visas allowing migrants to fly into Belarus from Iraq and other Middle Eastern countries.

Germany, which took in a million asylum seekers in 2015-2016 but has since seen a spike in anti-migrant sentiment, urged the EU to "take action" to help stem the flow of people from Belarus.

Germany’s outgoing interior minister, Horst Seehofer, said Tuesday that all EU countries "must stand together, because (Belarusian President Alexander) Lukashenko is using people’s fates with the support of Russian President Vladimir Putin to destabilize the West.”

He called for the European Commission to support Poland in securing the border.

"The Poles have reacted correctly so far,” Seehofer told German daily Bild of Poland's reinforcement of the border. "We cannot criticize them for securing the EU’s external border with admissible means ... the Poles are fulfilling a very important service for the whole of Europe.”

The U.S. State Department also called on Belarus to "immediately halt its campaign of orchestrating and coercing irregular migrant flows across its borders into Europe."

"The Belarusian Defense Ministry considers the accusations of the Polish side unfounded and unsubstantiated," it said in a statement, according to Agence France-Presse (AFP).

The ministry in turn accused Poland of "deliberately" escalating tensions. It said Poland had deployed 10,000 military personnel to the border without giving prior warning to Belarusian authorities, in what it said was a violation of joint security agreements.

Minsk said that according to the agreements, observers should be present at any deployment of more than 6,000 military personnel.

"Minsk has so far not received any notification or invitation of observers from the Polish side," it said.

Belarusian Interior Minister Ivan Kubrakov told the state-run news agency Belta earlier Tuesday that the migrants were in the ex-Soviet country "legally" and added, "There have been no violations of the law on the part of the migrants so far."

At least 10 migrants have died in the region, seven of them on the Polish side of the border, according to the Polish daily Gazeta Wyborcza.